The Foundation is governed by a Board of Trustees—a group of graduates and friends of the University who bring a wide range of expertise and experience.

Trustees have a fiduciary responsibility to ensure all donated funds are correctly managed, invested, and disbursed. During that time she took a great interest in promoting the interests of Wellington’s tourism and commercial businesses. Before her mayoralty she was an independent midwife for 25 years, having originally trained as a nurse.

Kerry gained an MBA from Victoria University of Wellington in 2003, during her mayoralty. She is a Victoria University of Wellington Distinguished Alumni and was awarded a Companion of the NZ Order of Merit (CNZM) in 2011 for her services to local government, and a Dame Companion of the New Zealand Order of Merit (DNZM) in the 2019 New Year honours list.

Kerry is currently Chair of Wellington Free Ambulance, and is a member of several other boards, including the publicly listed Kirkcaldie and Stains, WorkSafe New Zealand, and the QEII Army Memorial Museum. She is also a Trustee of the New Zealand Community Trust, and on the advisory boards of the Audit and Risk Committee of the Office of the Auditor General, and the Wellington Phoenix Football Club. She is a past member of the Advisory Board for Victoria University of Wellington MBA programme, and is a patron of various charitable organisations. 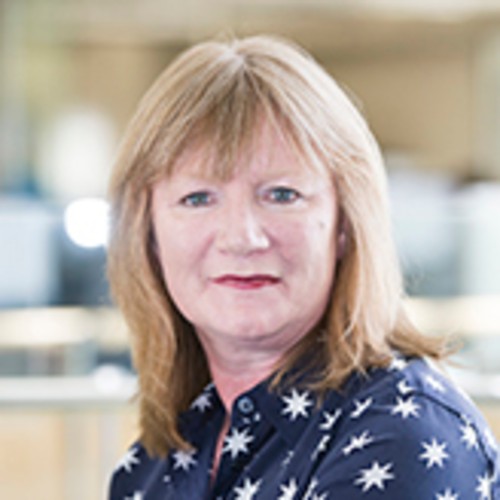 Bernadette is an award-winning journalist and media communications professional. She has enjoyed a successful career in newspapers spanning over 30 years in the United Kingdom and New Zealand. In March 2018, she was appointed Editor in Chief-Newsrooms at Stuff, making her responsible for overseeing newsrooms across the country including the Sunday Star Times and Stuff’s political team.

Bernadette began her reporting career working for several London newspapers and national paper the Sunday Mirror. She was Deputy Group Editor for Reed Regional Newspapers in Surrey before emigrating to New Zealand. Bernadette became Chief Reporter of The Dominion in 1998 and Editor of The Dominion Post in 2009.

She is Immediate Past chair of the Fairfax Foundation, the Sydney-based charity established to support current and former staff members of Fairfax Media.

Bernadette has a CertBusiness Admin focused in Leadership from Auckland University and studied Leading Change and Organisational Renewal at Harvard University Business School. 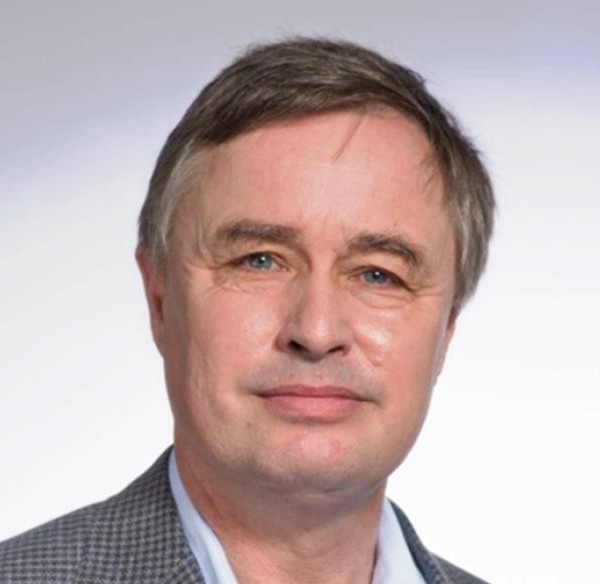 John Allen assumed the Chancellorship of Te Herenga Waka—Victoria University of Wellington on 1 January 2022. He is chief executive of WellingtonNZ.

Mr Allen chairs the University’s Audit & Risk Committee and is a Te Papa Foundation trustee.  He was previously the Chief Executive of the Racing Industry Transition Board and the former Chief Executive and Secretary of the Ministry of Foreign Affairs and Trade.

A former partner of Rudd Watts & Stone, specialising in commercial and public policy issues, John is a graduate of Victoria University of Wellington and was a visiting Lecturer in Law at the University. He received a Distinguished Alumni Award in 2006. John is an experienced company director and was co-chair of the Australia New Zealand Leadership Forum until April 2011. Gregor was Professor of Health Policy and the inaugural Dean of the Faculty of Health until recently retiring in 2021.

His first job at the University began in 1970, when he joined the staff as a Junior Lecturer in Chemistry.

Gregor helped to establish the University’s health faculty which brought together researchers from across the University to focus on subjects such as health promotion, health psychology, health policy and health service delivery, health leadership and management, workplace health and safety, health informatics, women’s health research, and health services research alongside postgraduate programmes for nurses and midwives.

In his spare time, Gregor regularly competes in marathons and triathlons, including the World Age Group Championships and the Auckland Masters Games where he won gold in his category in 2017.

Gregor graduated from Victoria University of Wellington with a Master of Science with Honors (1970) and a PhD in Health Policy (2004). 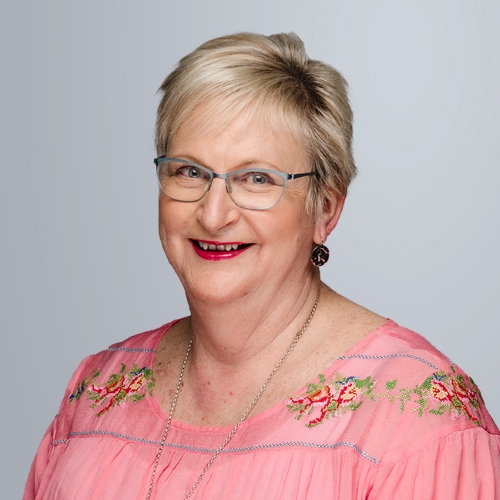 Souella is a partner at KPMG and leads KPMG New Zealand's Government Advisory Services. She has over 30 years’ experience in providing risk management, internal audit, project advisory and governance services to a range of public and private sector clients in New Zealand and overseas.

Souella is also actively involved with a wide range of community based organisations. She is currently Lt. Governor of the women’s empowerment and advocacy group Zonta International, after completing a two-year term as Governor of Zonta District 16 (New Zealand).

She is also the Deputy Chancellor and chair of the Risk and Audit Committee of the Order of St John in New Zealand and has been a member of the Priory Trust Board since 2008.

In addition to her non-profit roles, Souella is a Fellow Chartered Accountant and is involved in a range of professional organisations such as the Institute of Internal Auditors, Risk New Zealand and the International Association of Privacy Professionals, and a member of Women Corporate Directors and Global Women.

Souella graduated from Te Herenga Waka—Victoria University of Wellington with a BCA in Accountancy in 1981. 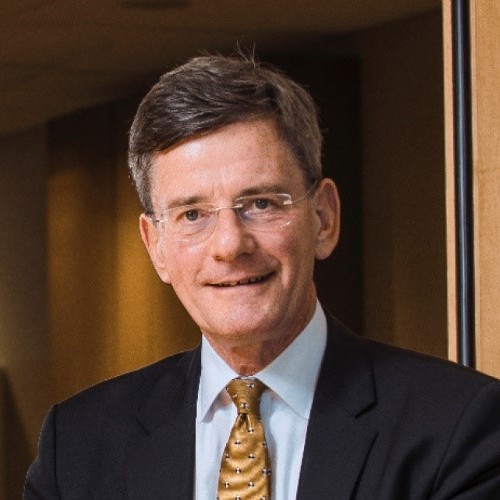 A keen supporter of the arts, he is currently a board member of New Zealand Symphony Orchestra, The Archibald Baxter Memorial Trust and the New Zealand School of Dance Foundation.

Chris studied Latin, French, and Law at Te Herenga Waka - Victoria University of Wellington, graduating with a Bachelor of Arts in 1980 and a Master of Laws in 1985.

Since graduating, he has continued a strong relationship with the University as a donor to a number of arts funds, was awarded an Honorary Doctorate in Law in 2020, is a current Ambassador of the Living Pā project and has been a long-time trustee of major university supporters, the Adam Foundation, since 2004. 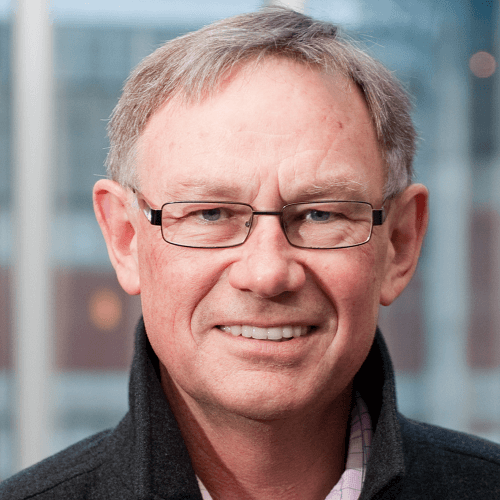 Steven graduated from Victoria University of Wellington with a BCA in 1974. As a chartered accountant he worked in New York, London, and Wellington before spending most of his executive career in banking.

Steven was Chief Financial Officer of the National Bank for eight years and was Deputy Chief Executive of ANZ National Bank. He currently holds several commercial and community governance positions, and is also a business consultant. Professor Windsor has been appointed by the University Council to a secondment as Acting Vice-Chancellor from 5 March 2022.  In this capacity, she is also Chair of the Senior Leadership Team.

Before joining the University in 2015, she held several academic leadership positions at the University of Minnesota in the United States. She received her PhD and master’s degree from Purdue University (USA).  Her undergraduate degree is from Cumberland College of Health Sciences (now University of Sydney).  Jennifer has published extensively on language acquisition in monolingual and bilingual contexts.  Her most recent scholarship examines the effect and timing of cognitive and environmental factors on children’s language and social outcomes. 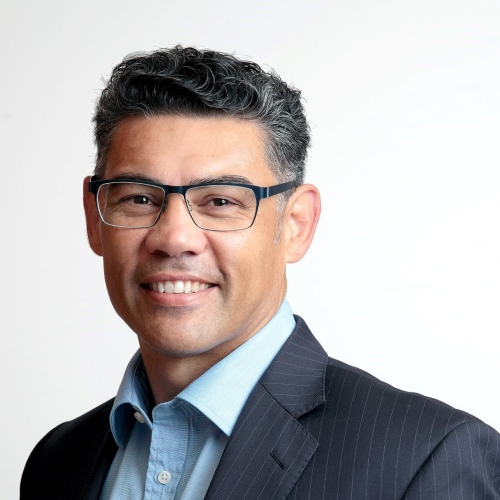 Raphael is a General Manager and Partner at SenateSHJ—a leading communications consultancy in Australasia. He heads up the firm’s Wellington office and its energy and resources practice.

Before joining SenateSHJ as an Associate Partner in 2008, Raphael was head of corporate responsibility at Vodafone New Zealand, and was seconded to Vodafone’s global business in the UK for two years.

A former journalist, Raphael worked for The Dominion newspaper and in various public sector roles before moving into politics where he worked as a press secretary in former Prime Minister Jenny Shipley's office.

Raphael holds Law and Arts degrees from Victoria University of Wellington (1994) and a New Zealand Certificate in Journalism from Auckland Institute of Technology (1989). 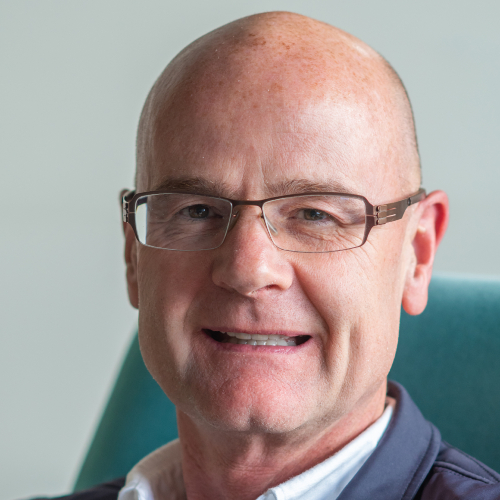 Alan was a partner in EY for 29 years and left the practice in 2017. During his professional career he spent three years as an international tax partner in the London office. Alan was Chair of the New Zealand Institute of Chartered Accountants tax committee and was heavily involved in tax policy development with the Bolger and Clark governments. He led the Government and Public Sector and Financial Services practices of EY, was Chair of the New Zealand firm and a member of the EY Asia Pacific Advisory Board.

Alan is a Fellow of the Chartered Accountants Australia and New Zealand(CAANZ) and a member of the Institute of Directors.

Alan is the Chair of Habit Health and a director of a number of other private companies. He is a trustee of the Dame Malvina Major Foundation, and chairs the finance committee of Te Herenga Waka Victoria University of Wellington. Alan was previously a trustee and Chair of the City Gallery Wellington Foundation.

Alan lives in and is passionate about Wellington. Craig graduated from Victoria University of Wellington with a BA (1976) and LLB (1977).

He was a litigations partner with DLA Phillips Fox for 28 years before joining Capital Chambers.

He acts for a variety of public and private companies as well as local authorities and Crown entities.

Craig is the former Managing Partner of DLA Phillips Fox and for a number of years was a member of its New Zealand and subsequently Australasian Boards. He has also had various roles in community and professional organisations, including:

Since 1995 he has been a faculty member of the New Zealand Law Society’s Litigation Skills Programme for young advocates. 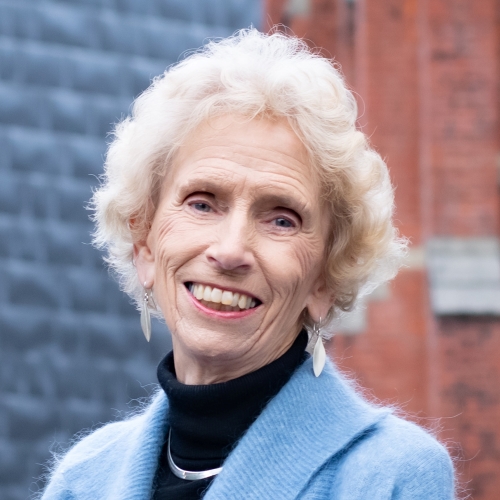 Tricia was appointed as the first Executive Director of the Victoria University Foundation in 1990. She had worked in the not-for-profit sector in New Zealand since moving from her native UK in 1981. During her time at the Foundation, Tricia was instrumental in leading fundraising efforts to establish some of the University’s most iconic institutions such as the International Institute of Modern Letters and the Adam Art Gallery. Her work also enabled the First Light Solar Decathlon project, the Weir House extension and numerous student scholarships and prizes to be established, many of which are still offered today. In 2018, Tricia was awarded a Hunter Fellowship by the University Council for her many years of service.

Tricia is now a Trustee and Secretary to Board of the Te Mana o Kupe Trust, supporting disadvantaged youth and families in Porirua by providing devices to children in decile 1 schools with the aim of making digital technology accessible and affordable. Tricia has also previously served as a trustee of the Wellington Rotary Charitable Trust and was on the J R McKenzie Trust Board for 12 years.

In her spare time, Tricia is a keen cyclist and tramper. 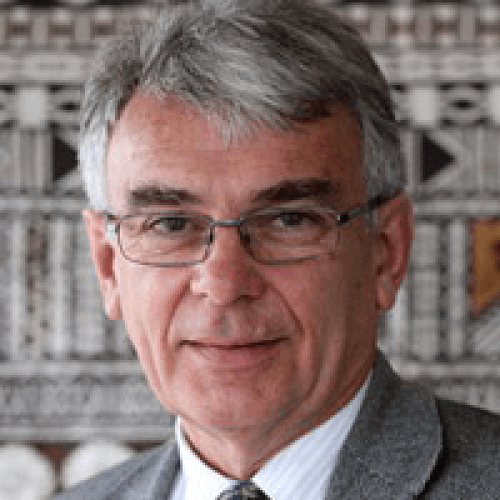 Sir Maarten was appointed Chair of the EQC Board in August 2013 and served as Chief Executive of the Department of the Prime Minister and Cabinet from 2004 until 2012. He was formerly Ambassador to Japan and High Commissioner to Papua New Guinea.

Sir Maarten is a member of the Audit Committee of the Ministry of Social Development, a trustee of the Fred Hollows Foundation and the National Army Museum, a member of the Ministry of Primary Industries Investment Advisory Panel for the Primary Growth Partnership, and the Registrar of Pecuniary and other Specified Interests of Members of Parliament.

Sir Maarten graduated from Victoria University of Wellington with a BSc and BA(Hons) in Economics. Ralph Zambrano (he/him) is the President of the Victoria University of Wellington Students’ Association (VUWSA) for 2022. He is a law, international relations, and public policy student and at 17, worked with Philippine Ambassador to New Zealand as the First Filipino Youth Ambassador for New Zealand.

Ralph is VUWSA’s main spokesperson in the media and has the responsibility of supporting the VUWSA Executive, working with Ngāi Tauira and student representative groups, and forming positive relationships with university leaders and local and national representatives to ensure students' best interests are always acted on.

As President, Ralph plans to fortify the student voice by creating a cohesive and collaborative network for collective student action. He is passionate about using grassroots movements to address the big issues affecting students, such as affordable and quality housing, pastoral care, and sustainable living. Ralph is always open to hearing suggestions on what VUWSA can do to make being a student easier.