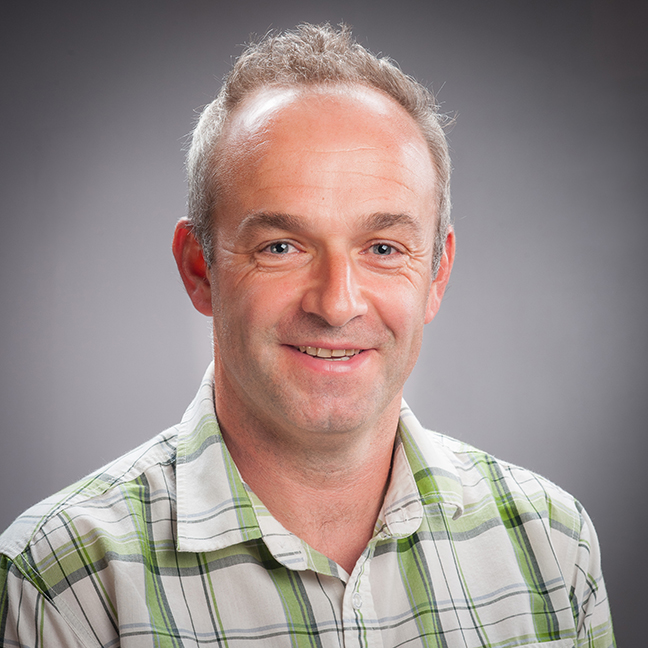 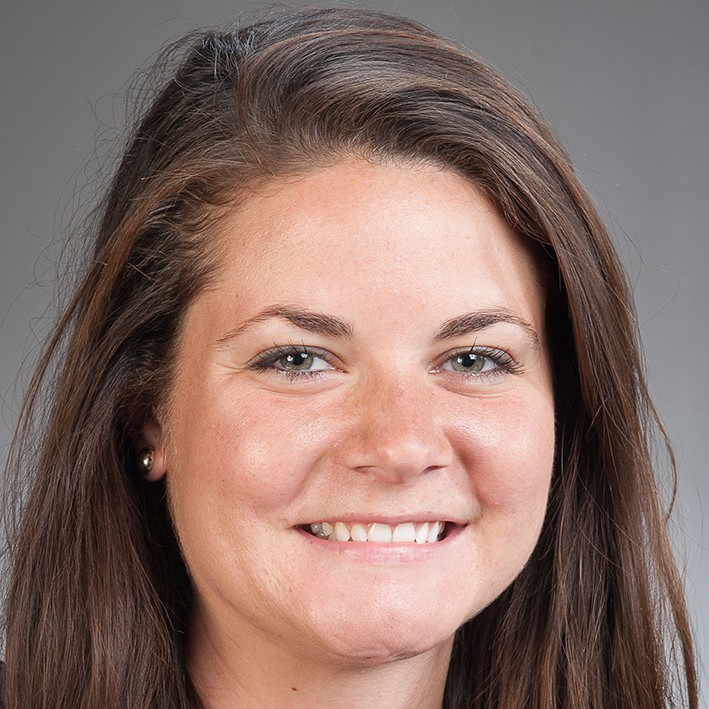 While reproduction is a universal characteristic that drives evolution, it is often unclear how exactly different modes of reproduction create genetic variation and ultimately shape populations. Sponges serve as ideal models for exploring these evolutionary questions as they are ubiquitous, sessile, occupy a range of diverse habitats and most importantly, reproduce both sexually and asexually. My research employs histological and genetic techniques to describe the reproductive ecology of New Zealand golf ball sponges (genus Tethya). I am seeking to determine how populations are connected, how each mode of reproduction influences genetic diversity and how fitness varies between sexually reproduced and asexually reproduced sponges. 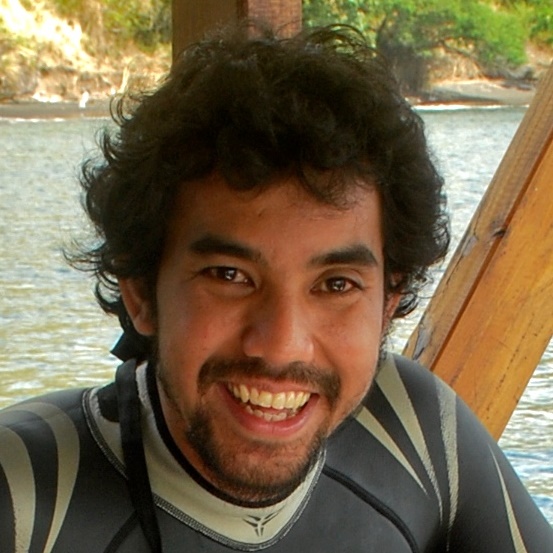 Little is known for the degree of functional redundancy within a group, such as sponges, where it could play a vital role on their habitats’ resilience ability towards environmental changes. The overall aim of my research is to identify and assess the extent of functional roles of sponges in tropical marine ecosystems and the degree of functional redundancy, how they are influenced by environment variability and how they response to environmental changes, and also to identify plasticity features that may arise. I hope the findings will give new perspective in conservation strategy and management. 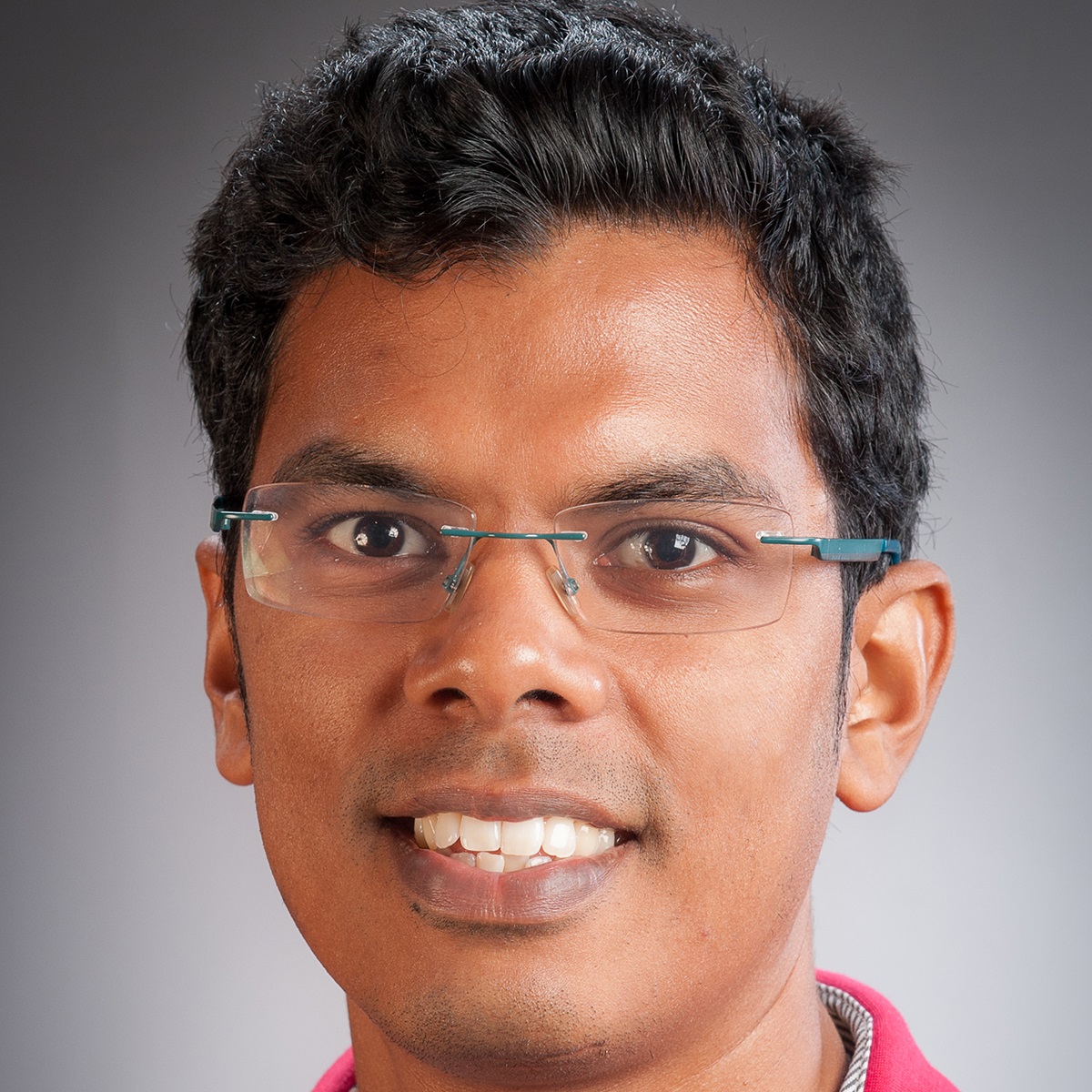 Tropical lagoon ecosystems are host to a suite of marine invertebrates including sponges. The effects of ocean warming in these ecosystems are often high as they are partially enclosed, topographically shallow and subjected to high sunlight intensity. While there is increasing evidence that climate change has deleterious effects on sessile species, multiple sponge species are reported to be tolerant to ocean warming. However, the adaptive ability of sponges to ocean warming is reported to be species-specific. My research main aim is to understand the physiological and stress responses of lagoon sponges with respect to ocean warming. 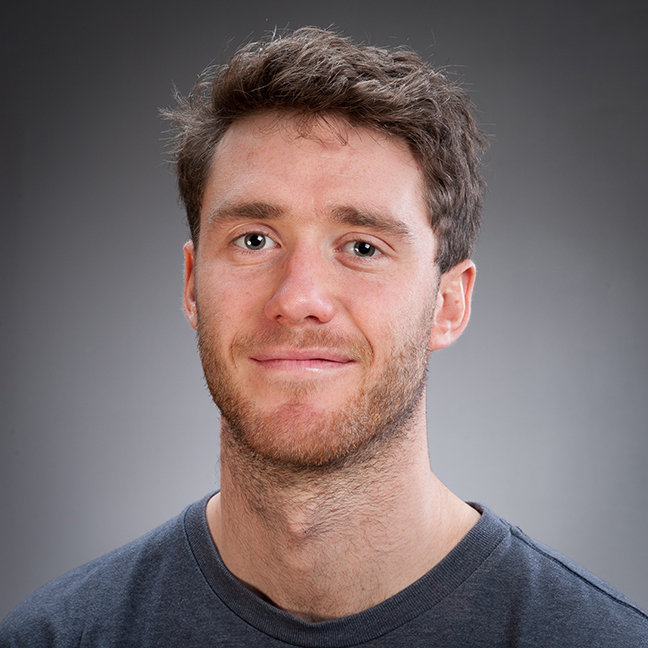 Seasonal variation in the trophic dynamics of shallow and deep water marine sponges in a temperate environment.

Sponges are capable of processing large quantities of water through pumping activities in suspension feeding. Given their wide habitat range and abundance, this process is likely to have a significant effect on the chemistry of the over-lying water column, altering the availability of different sources of carbon for other organisms within the ecosystem. I am interested in taking a holistic approach by quantifying the extent to which entire sponge assemblages in shallow and deeper water habitats are contributing to this process, and how this changes according to seasonal environmental fluctuations. This will provide valuable insights into how ecosystem services and resources provided by temperate environments in which sponges are abundant, may be impacted by future environmental changes.

Ocean acidification (OA) and increasing sea surface temperature (SST) caused by global warming are threatening modern coral reef ecosystems. Calcifying organisms have been the focus of climate change studies in the past, but it is becoming more important to consider the potential of alternative reef states, such as sponge reefs. Sponges play many important roles in reef environments and have shown to be more tolerant to changing ocean conditions than corals in some locations. However, there is a lack of literature looking at the impacts of OA and SST on sponges simultaneously and for more than a few months. The overall aim of my research is to examine the impacts of IPCC-predicted future scenarios on the function of sponges and their microbial communities over a period of two years. 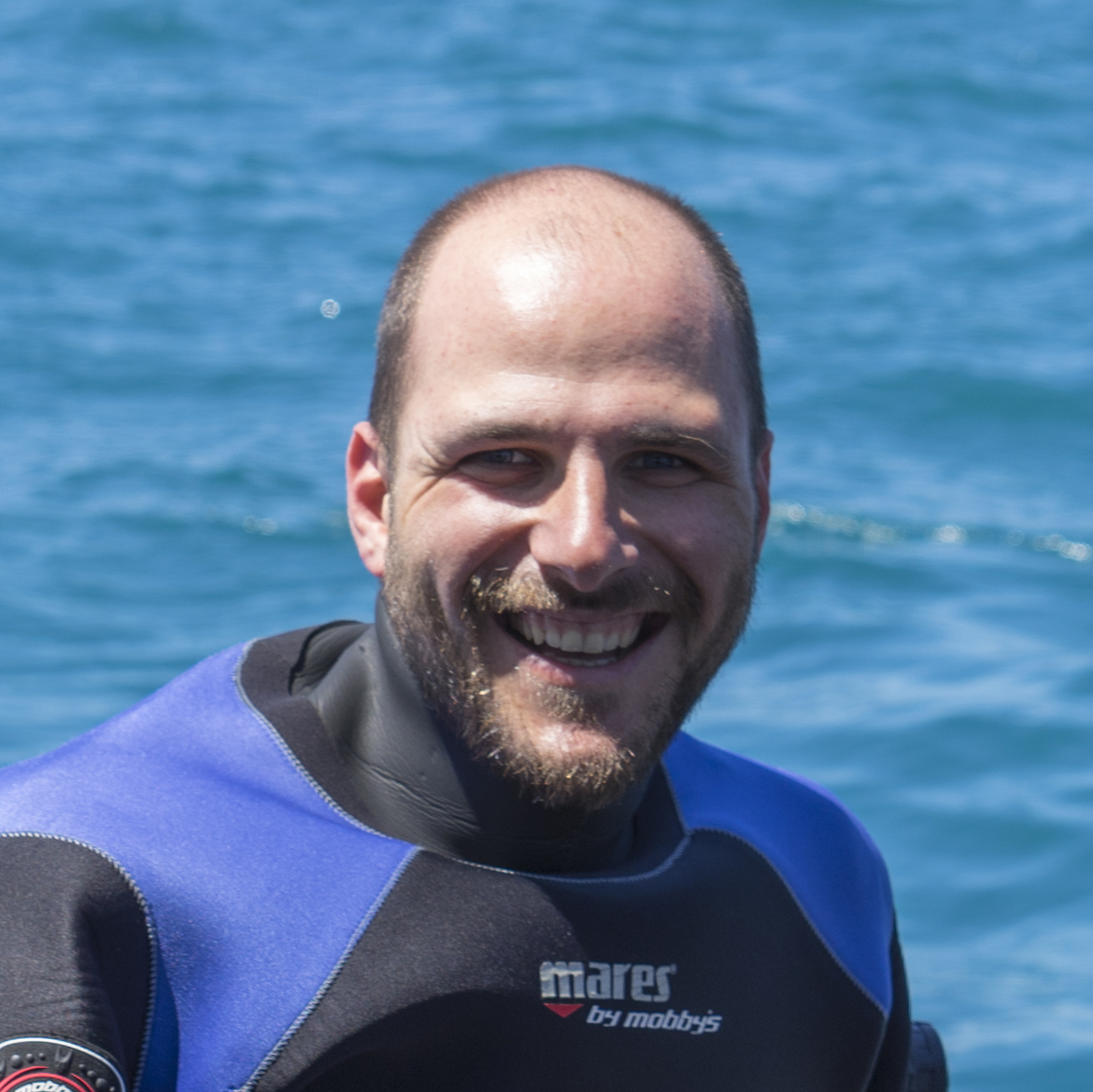 Coastal ecosystems are among the most productive biomes on the planet, but also among the most vulnerable. A large variety of anthropogenic impacts are threatening their integrity, and consequently, their capability to provide goods and services. Among these, eutrophication is considered one of the main stressors. Lough Hyne is a fully marine sea lough located in the south-west of Ireland. It was designated as Europe's first Marine Nature Reserve in 1981 for its extraordinary biodiversity. Unfortunately, during the last decade the benthic assemblages of the lough experienced drastic changes, probably related to eutrophication-driven processes. The aim of my research is to investigate the effects of anthropogenic stressors on temperate subtidal benthic assemblages, with a major focus on sponges. In particular, the project aims to characterize the changes that occurred in the subtidal communities at Lough Hyne, investigate the possible causes though tolerance experiments to key stressors, assess the trophic consequences of the sponge decline and finally evaluate the potential of an active restoration action of the key structuring species. 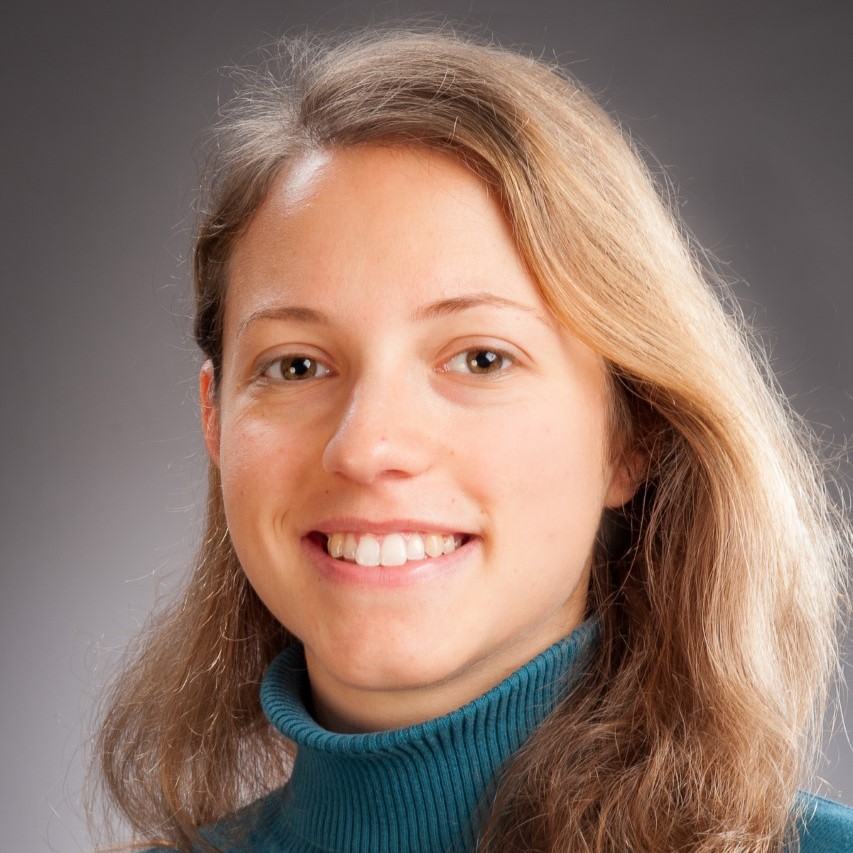 Degradation of coastal marine ecosystems due to the effects of terrestrially derived sediments and to sediment resuspension from coastal activities is a global problem and the subject of intense management activity. In addition, bottom trawling fisheries and emerging industries, such as dredging and mining for deep-sea resources, are likely to cause severe disturbance to deep-sea communities through the resuspension of sediments. Sponges are important components of the benthic fauna and are well known to dominate some deep-sea benthic areas along with corals. However, there are still many gaps in our understanding of the impacts of sediments on these taxa. My aims are to investigate the effects of elevated concentrations of suspended sediments on shallow water sponges and deep-sea sponges and corals and to identify threshold levels of sediments beyond which normal functioning of these taxa might be compromised. 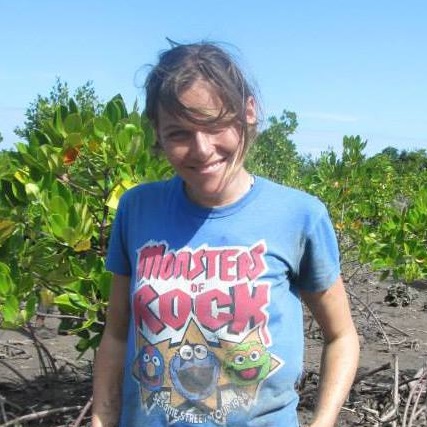 Trophic consequences of a regime shift towards a sponge-dominated state

There is evidence to suggest that sponges may not be as heavily impacted by global warming and ocean acidification as bio-calcifiers, and have the potential to take advantage of available space that is not being colonized by corals. Despite this potential, and mounting evidence of coral-sponge regime shifts in a number of geographical locations, there is a lack of understanding about the subsequent consequences for ecosystem functioning. This study will focus on a reef system experiencing a regime shift towards sponge dominance in the Indonesian UNESCO world heritage site, The Wakatobi Marine National Park in Southeast Sulawesi. The primary aim of my research is to investigate the trophic consequences of a regime shift towards a sponge-dominated state. 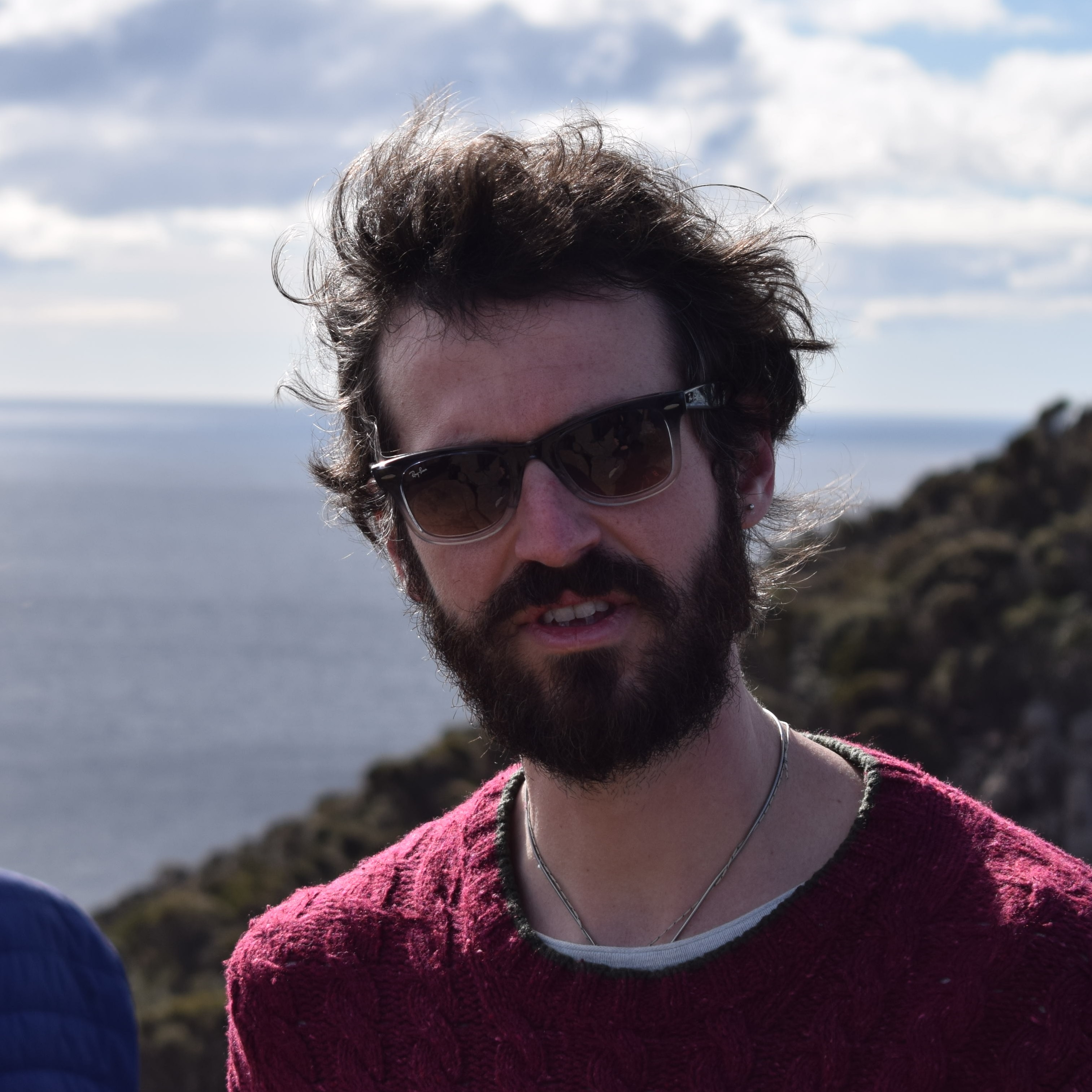 Modelling regime shifts from to coral to sponge dominated states

The future of coral reefs as we know them is uncertain. Raising water temperatures and ocean acidification are serious threats to corals, which are declining worldwide. Sponges have thrived in the acidic oceans of the past, and hints of a possible upcoming shift from coral reefs to sponge reefs are collected in more and more locations around the globe. The drivers, dynamics and aftermaths of this transition are yet poorly understood. The goal of my research is to model the ecological processes that could cause a phase shift of coral reefs towards sponge reefs, with a focus on the adaptation mechanisms that might make sponges winners in a changing ocean. With a specific application of the ecosystem model Atlantis, I aim to understand how these transformations could take place and what they would entail for the ecosystems and for human services.

Impacts of climate change on the reproductive ecology of temperate sponges

Depending on their adaptive capacities, organisms may be more or less resilient to environmental variation, therefore it is important to assess the responses of natural populations to future climatic conditions in order to effectively manage and conserve marine communities. Sponges are considered the most ancient and simplest metazoans on Earth and are important members of the marine ecosystem at all depths and latitudes, as a result of the large number of ecological functions that they perform. Sponge health is strictly linked to the stability of their symbiotic microbial communities and for this reason, they are generally considered as holobionts. Interestingly, the early life stages of some tropical sponges may show higher thermal tolerance than their respective adults, suggesting an increasing gradient of thermal sensitivity with sponge aging. The aim of my Ph.D. is to assess the impacts of predicted temperatures for 2100 (IPCC) on the reproductive ecology of temperate sponges. In particular, I’m interested in possible carryover and transgenerational effects of thermal stress on the holobiont stability of temperate sponges. To address this aim I combine physiological and molecular approaches.