Have we been making our snapper smaller?

For the first time, scientists will construct a detailed picture stretching back more than 500 years of how we've affected our most important fisheries species - potentially genetically. 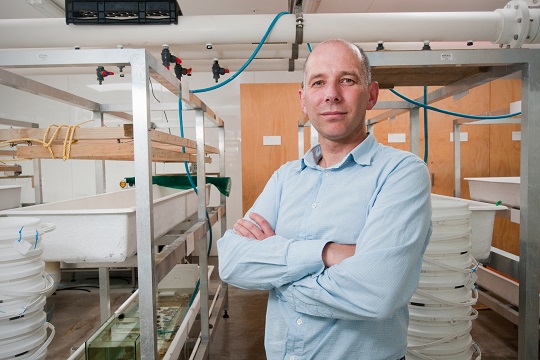 While snapper have been harvested from New Zealand's waters since Maori first arrived here around 700 years, it has been the industrialisation of fishing over the past century that brought snapper stocks to the brink of collapse.

By the 1980s, the biomass had dwindled to just 10 per cent of its original population.

Since controls were introduced to halt the decline, snapper have continued to be caught in large numbers by recreational and commercial fishers under Government-enforced quota systems.

But fishing still typically targets larger individuals, which may increase the reproductive success of small fish that mature early.

Many studies have reported a decrease in the average size of fish, the age at which they mature, and significant losses of genetic variation.

Yet it remains unknown whether these changes have been driven by evolutionary adaptation or a direct response to over-fishing.

To answer the question, Victoria University of Wellington evolutionary geneticist Dr Peter Ritchie will compare DNA from ancient snapper bones with samples from heavily-fished modern stocks in an $830,000 project supported by the Marsden Fund.

With Dr Bastiaan Star from the University of Oslo in Norway, a world-renowned expert in the fast-growing field of ancient-DNA technology, Ritchie will also test whether genetic diversity has been depleted in current populations.

The findings will be compared to studies in Atlantic cod, another fish that has suffered from commercial over-fishing.

While little genetic work of this type had been done before, New Zealand had an excellent resource in DNA preserved in fish bones found in ancient Maori middens, dating back to the 15th century.

"By being able to sample material from hundreds of years ago, we'll get an idea of the genetic diversity in the pre-industrialised fishing era," Ritchie said.

"Then we'll be able to do a comparison to see whether there have been genetic changes due to size selection."

These changes could be revealed because scientists are now able to precisely analyse a genome and find the genes that have changed in response to selective pressures on the population.

Ritchie suspected that decades of targeting larger fish and throwing back the smaller ones might have led to populations that produce smaller fish.

"The fish might be adapting to fishing by getting smaller."

Establishing a firm link could lead to a more balanced approach to harvesting, such as catching fewer fish of different sizes so the overall range was kept healthy, or creating new reserves designed to preserve genetic diversity.

"There are a range of different options we could look at if it was found there was compelling evidence." Ritchie said humans were increasingly becoming an evolutionary force in nature on an "unprecedented scale" - and fish remained one of the last major food items that we still harvested directly from the wild.

"And, of course, as the world's population grows, we'll be trying to catch more fish but unintentionally making them smaller at the same time."