Making a mockery out of our native plants

A Victoria University of Wellington study has revealed remarkable similarities between two New Zealand plants, and shown possible use of an age-old defense mechanism previously seen only in animals. 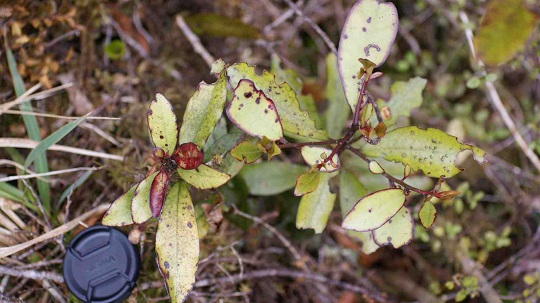 The study compared the size, shape and pigmentation of hundreds of leaves on horopito an small toropapa plants, and found a perfect match.

“Over a third of the leaves of the two species cannot be statistically distinguished from one another. Unless the plants are flowering or fruiting, the only fast way to tell them apart is to taste a leaf.”

Mr Yager says this exact match between horopito and small toropapa provides tantalising evidence of what is called Batesian mimicry.

“Batesian mimicry is a common evolutionary tool where unprotected species imitate harmful or poisonous species to protect themselves from predators. Because of horopito’s pungent, hot peppery taste, that leaves one with a numb tongue when a leaf is chewed, it is unpalatable to predators,” he says.

As small toropara were possibly eaten by moa it is likely that it evolved in response to moa domination, Mr Yager says. “Unfortunately we can't directly test this but it provides an exciting hypothesis for future studies on Batesian mimicry in plants.”

The study, published online today in Botany, was co-authored by Karl Yager and Professor Kevin Gould from Victoria University, and Dr Martin Schaefer from the University of Freiburg in Germany.