About the poetry award

The winner and finalists have been announced.

You can read the winning and shortlisted poems from 2022 and all previous Awards on our Schools Poetry Award website. You can also read our 2002 judge's report or download the media release below.

The National Schools Poetry Award is held annually by Te Pūtahi Tuhi Auaha o te Ao | the International Institute of Modern Letters (IIML), subject to funding. It is free to enter, in English or te reo Māori, and is open to Year 12 and 13 students across New Zealand. Posters and information are sent to all eligible schools in March in each year that the Award is held and students can enter online  during the entry period.

The winner and nine finalists win cash and prizes for their poems, plus an invitation to attend an exclusive masterclass with leading New Zealand poets at the IIML on Te Herenga Waka | Victoria University of Wellington's Kelburn campus. (Full prize details below.) Finalists and their teachers are contacted in August, prior to the public announcement of and the winner and shortlisted poets on National Poetry Day, 26 August 2022.

The National Schools Writing Festival, which previously accompanied the Poetry Award, was suspended in 2010 due to lack of ongoing funding support. 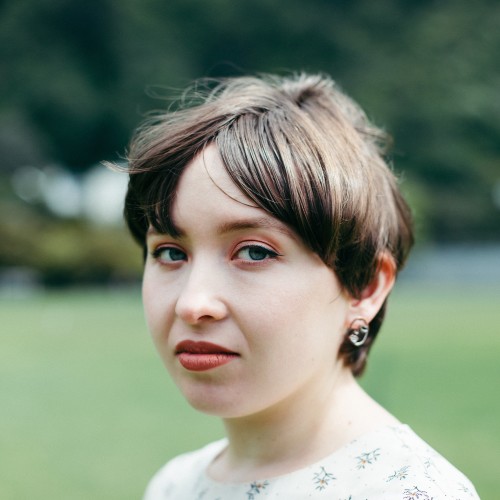 Ash Davida Jane is the author of two collections of poetry, most recently How to Live With Mammals (Te Herenga Waka University Press). She won second place in the 2021 Laurel Prize for a collection of ecological poetry, and has been published widely in Aotearoa and overseas. Jane is an editor at We Are Babies press and a regular reviewer for Radio New Zealand. She lives and works in Pōneke.

The Poetry Kit is a free, downloadable resource produced by the IIML for students and their teachers to use in the lead up to the Award and beyond.

The Kit includes writing exercises, links to useful and inspiring creative writing websites and tips on writing from internationally acclaimed poets, and is updated and modified from time to time.

Writing poetry is about allowing the unexpected in so the word magic can happen. One way to invite the unexpected is to use a writing exercise that will open you up to the surprises and potential of language. We hope the exercises may spark a poem or an idea for an Award entry. They will, at the very least, get the pen moving across the page.

and promotional support from Wonderlab.

History of the award

In 2006 the shortlist was increased from six to ten students, with an expanded package of prizes, including a one-day poetry masterclass at the IIML in Wellington for all finalists. For the first time the judge, James Brown, was invited to recognise a small number of additional poems with a special commendation.

In 2007 we said goodbye to Bell Gully and welcomed New Zealand Post as the Award's new major sponsor.

Chloë Nannestad of Epsom Girls Grammar School was the overall winner, while the recording prize was won by Shannyn Boyd of Hutt Valley High School.

In 2009 we also said goodbye to New Zealand Post as our major sponsor and the 2010 Award was suspended, along with the National Schools Writing Festival which had been run alongside the Award since 2004. The support of Creative New Zealand enabled us to reinstate the Award in 2011. In that year, the design company Neogine (now Wonderlab) also offered its support by building a dedicated Schools Poetry website to showcase our winning and finalist poems.

The 2013 Award was judged by Anna Jackson. The overall winner was Emma Shi of Auckland's Pakuranga College.

In 2013, the New Zealand Association for the Teaching of English (NZATE) generously funded the poetry masterclass for our ten finalists.

The Award was suspended in 2014, as we were unable to secure sufficient sponsorship. However, since then we have successfully sought funding from Creative New Zealand to support the Award.

The 2015 Award was judged by Cliff Fell. The generosity of donors to our successful Boosted campaign allowed us to hold the Award in full, including a masterclass for the winner and finalists. Particular thanks are owed to Ogilvy and to Weta Digital.

The 2020 Award was judged by Airini Beautrais and Anahera Gildea. The overall winner was E Wen Wong, Yr 13, Burnside High.

The 2022 Award was judged by Ash Davida Jane. The overall winner was Joshua Toumu'a, Yr 12, of Wellington High School.

We are grateful for the ongoing sponsorship and promotional support of Wonderlab, who have a long relationship with the Award. We would also like to acknowledge the generous and ongoing support of our prize partners: Read NZ Te Pou Muramural, the New Zealand Society of Authors, Victoria University Press, and the literary journal Landfall. We are grateful for their ongoing commitment to young New Zealand writers. (Our thanks, too, to the literary journal Sport: a long-term prize partner until its final 'best-of' edition in 2021.)