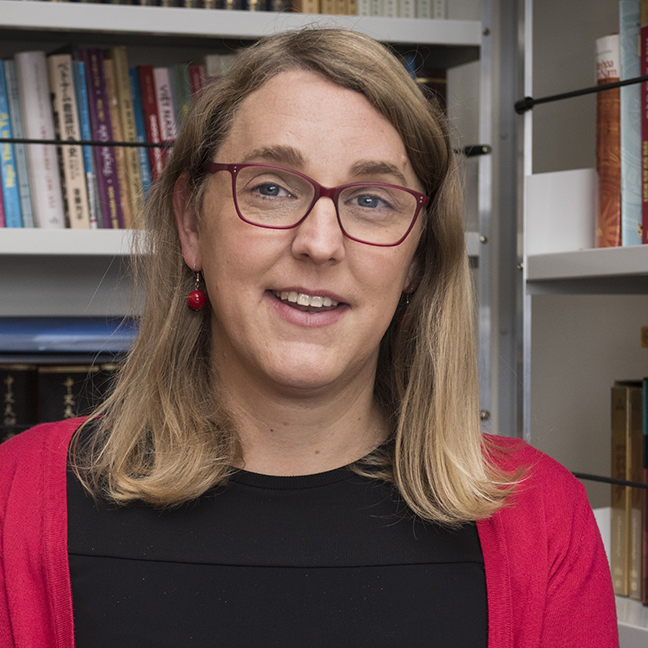 Lecturer in Asian Studies
School of Languages and Cultures

Catherine is a Lecturer in the Asian Studies Programme in the School of Languages and Cultures. She studied Chinese and Dutch Studies as an undergraduate in New Zealand and Taiwan before receiving her doctorate in Asian History from the Australian National University in 2012. Catherine’s research interests include the history of the Lingnan region of southern China and Mainland Southeast Asia in the first millennium CE, Chinese contact creole languages of Southeast Asia (in particular Malaysian Hokkien), Southern Chinese local identities both within China and amongst the Chinese diaspora, Vietnamese and Tai literature written in Nôm (Chinese-based demotic script), Sino-Vietnamese literature, and the role of the Republic of China (Taiwan) in the Korean War.

Catherine is currently working on:

(2016) The People between the Rivers: The rise and fall of the bronze drum culture 200-750 CE. Lanham: Rowman and Littlefield.

(2018) ‘Victory with Minimum Effort: How nationalist China “won” the Korean War’ in The Korean War in Asia – a Hidden History (Rowman and Littlefield) edited by Tessa Morris-Suzuki, pp. 77-108

(2018) ‘The Life and Death of Linecrossers: The Secret Chinese Agents of UNPIK’ in The Korean War in Asia – a Hidden History (Rowman and Littlefield) edited by Tessa Morris-Suzuki, pp. 155-172

(2014) 'Where to Draw the Line? The Chinese Southern Frontier in the Six Dynasties' in China’s Encounters in the South and Southwest - Reforging the Fiery Frontier over Two Millennia, (Brill) edited by James Anderson and John K Whitmore, pp. 66-83

(2011) "'The People in Between': the Li and Lao from the Han to the Sui." in The Tongking Gulf Through History (University of Pennsylvania Press) edited by James Anderson and Li Tana (as M Churchman) pp. 59-77

(2010) "Before Chinese and Vietnamese in the Red River Plain – The Han-Tang Period." Chinese Southern Diaspora Studies volume 4 (as M Churchman)

(2012) "Hải Ngoại Huyết Thư" (Letter from abroad Written in Blood) "Việt Nam Vong Quốc Sử" (The History of the Loss of the Country) by Phan Boi Chau; "The Climate and Geography of Gia Dinh"; "Thien Mu Pagoda"; "Recorded Tales of the Founding of the Country" in The Sources of Vietnamese Tradition, (Columbia University Press) edited by Jayne Werner, John Whitmore, and George Dutton.