Music Forum is open to all members of the University community and the public. Admission is free.

Block Buster! The Sweet and the Politics of Laughter in 1970s British Glam Rock

British glam rock of the 1970s was a carnivalesque genre that was distinctive for its visual, gender-defying performances. Bakhtin scholars have debated whether the carnivalesque might be considered either radical or reactionary, and this depends on whether one views the carnivalesque as being radical only within the period of carnival itself, or whether it has any lasting ideological effects. Certainly, if ‘high glam’ artists such as David Bowie are viewed as effecting radical change in terms of gender and sexual identity, it is tempting to view glam rock as a progressive genre in and of itself. However, viewing the gender performances of popular ‘low glam’ band The Sweet, we find something more ideologically ‘safe’ at work. That is, the band’s comedic representation of androgyny neutralises its otherwise radical potential – the ‘politics of laughter’ operating within a hegemonic framework that privileges both masculinity and heterosexuality. We also see this at work in popular British comedies of the day, and as such, this paper argues that The Sweet’s performances are representative of wider cultural norms in 1970s Britain. Taking all of this into account, it also considers the ways that, despite the band’s non-normative stage appearance, The Sweet maintained an ideologically ‘safe space’ for a primarily mainstream mass audience.

Alison Blair is in the final stages of completing a PhD in the School of Performing Arts at the University of Otago. Her research explores 1970s British glam rock as a carnivalesque genre, and in terms of the gender, sexual and class politics of the era. She has published chapters on David Bowie and Marc Bolan, in Global Glam: Style and Spectacle from the 1970s to the 2000s (ed, Ian Chapman and Henry Johnson, Routledge, 2016) and David Bowie and Transmedia Stardom (ed. Ana Cristina Mendes and Lisa Perrott, Routledge, 2019). 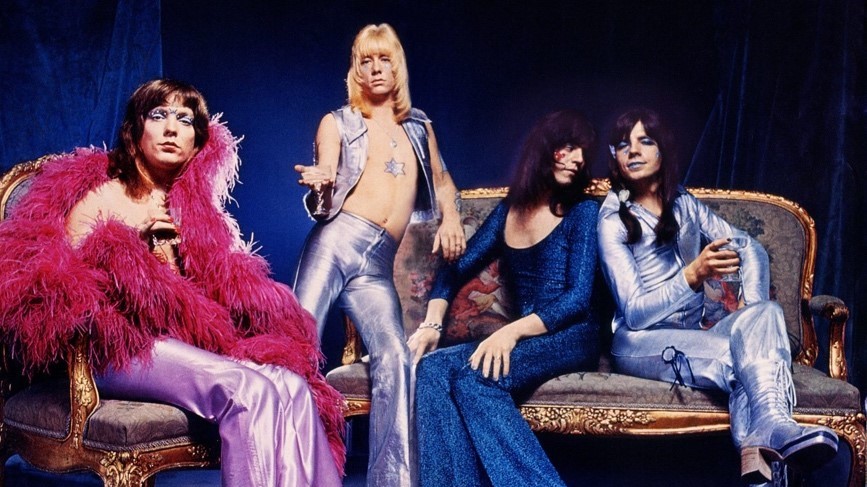