Funded by the New Zealand Earthquake Commission, this project includes Professor Tim Little, Dr. Lynda Petherick, Dr. Kevin Norton and MSc student Philippa Morris at VUW; Russ van Dissen and Matt Hill at GNS Science; and Mark Hemphill-Haley at Humboldt State University (USA). The project takes advantage of the large strike-slip surface rupture of up to 12 m that occurred on the Kekerengu fault during the Mw 7.8, November, 2016 Kaikoura earthquake. Through before- and after-earthquake trenching, fieldwork, and analysis of pre- and post-earthquake ground surveys (including LiDAR data) we aim to document the "how-slip" and "where-slip" was distributed across the zone of ground deformation (a “moletrack”), including the convergent vs. lateral slip components, the geometry and origin of structures (faults, fissures) inside the deformed moletrack, to understand why ground deformation during the 2016 event was expressed so differently than that which accumulated during the previous four paleoearthquakes, to extend the paleoseismic chronology farther back in time than previously possible, and to document the rate and style of infilling earthquake fissures that opened up in 2016, as well as the relationship between the age of dateable organic material deposited in the fissure to the age of the earthquake that opened it.

From the 6th to the 19th October 2018, Prof. Martha Savage, and PhD students Weiwei Wang and Katie Woods, joined an international team of scientists on the NIWA ship Tangaroa to deploy ocean bottom seismometers and pressure sensors. The voyage was part of an investigation of earthquakes and slip behaviour within the Hikurangi Subduction Zone. If you are interested in the details of their voyage, Weiwei and Katie blogged their journey on the East Coast Lab website. To read about their adventure, please click on the following links:

The GPS observations will allow velocities to be calculated for these sites in the Woodlark Rift. The rift separates the Australian Plate to the south from the Woodlark-Soloman Sea microplate to the north, and occurs in a particularly complex northern part of the greater Pacific-Australian plate boundary zone. Here, the relative place motion between the Pacific and Australian plates is about four times faster than in New Zealand.

The first part of the GPS fieldwork involved observing a network of sites (established in 2015) that straddle the Mai'iu low-angle normal fault in the Owen-Stanley Ranges. This fault is a rare active example of a normal fault that is slipping at a seemingly "misoriented" low dip of ~20°. it has a Holocene slip-rate of ~1cm/year (Webber et al., 2018, Geology). The GPS velocities will be used to model to what degree and at what depths the Mai'iu fault may be creeping aseismically, and to infer its contemporary slip-rate.

The second part of the GPS fieldwork visited Goodenough Island, which occurs in an offshore part of the Woodlark Rift in the D'Entrecasteaux Islands. The island is remarkably small, steep (>2500 m high), circular in plan, and is a gneiss dome that hosts some of the world’s youngest known eclogite-facies (high-pressure) rocks. The GPS data is designed to obtain a set of velocities (years 2009 - 2018) around the perimeter of the island. Using this data, it is hoped to evaluate the hypothesis that the island is inflating and rising as a diapiric stricture into the present day.

It will be exciting to finish the last of the geological and geodetic fieldwork, and disseminating results.

The Southern Alps Microseismicity Borehole Array (SAMBA) project is “putting a stethoscope to the Alpine fault” and is using seismometers installed in boreholes to detect, locate, and characterise small earthquakes occurring next to the central Alpine fault.

SAMBA is led by Tim Stern in collaboration with John Townend, Euan Smith and colleagues at GNS Science and the University of Auckland. 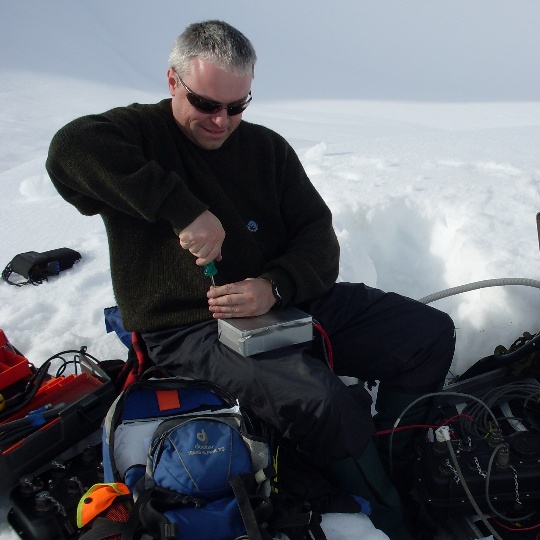 The project is led by John Townend at Victoria University of Wellington, Rupert Sutherland at GNS Science, and Virginia Toy at the University of Otago.

More information about the Deep Fault Drilling Project is on the GNS Science website.

We are working to detect and interpret seismic signals associated with slow earthquakes in the Hikurangi subduction zone, in collaboration with colleagues at GNS Science and with the support of the Earthquake Commission.

Recent advances in geophysical monitoring have revealed a much broader spectrum of earth deformation processes than previously recognised, including several mechanisms operating on timescales between those of traditional seismology (in which earthquake rupture occurs in seconds) and geodesy (in which strain accumulates over years to decades). 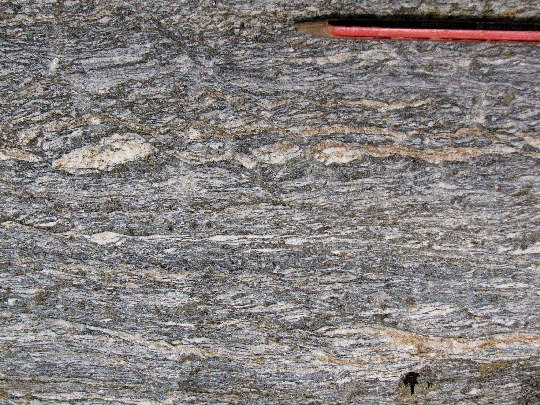 In an anisotropic medium, such as a crystal or a fractured rock mass, the parameters governing wave propagation vary as a function of orientation. Seismic anisotropy occurs when elastic waves vibrating or travelling in one direction travel faster than another.

In recent years a number of studies of seismic anisotropy in New Zealand have been undertaken by Martha Savage, her students and colleagues. This work has revealed how tectonic deformation is accommodated at different depths in the lithosphere and how ongoing seismic anisotropy measurements can be used to monitor active volcanoes in the Taupo Volcanic Zone.

Euan Smith, Martha Savage and John Townend also conduct research into seismicity occurring in Taupo Volcanic Zone geothermal systems, in which interactions between fluids and faults provide insight into how earthquakes are generated. These projects are currently funded by the Earthquake Commission and Mighty River Power. More details can be found here.

With the support of the Royal Society of New Zealand’s Marsden Fund, this research into seismological analysis of volcanic processes is now being expanded to include active volcanoes in Japan, Alaska, and Montserrat.

Magma movement at depth changes the state of stress in surrounding rocks. Observing this change of stress can infer magmatic activity below the surface and enhance our ability to forecast the onset of volcanic activity.

We have observed that the speed and amplitude of seismic waves travelling through volcanic crust changes significantly before and after eruptions. Accompanying this change in seismicity are expansions of the Earth’s surface, which can be observed via GPS.

Evidence suggests that a changing stress state in the crust will change the alignment of micro-cracks in the rock fabric, which affects the anisotropic properties of that rock mass. This causes shear waves to split into fast and slow components, the directions of which are determined by the interaction between the seismic raypath and the anisotropic medium.

As well as seismic anisotropy measurements, we are investigating novel methods of monitoring the seismic properties of volcanoes. These involve:

Our collaborators include scientists from GNS Science and the Earthquake Research Institute in Japan.

New Zealand is one of the finest laboratories in the world in which to observe how processes in the earth’s mantle control uplift of the surface, volcanism and tectonics in general.

Just as radiographers use ultrasound to image the internal structure of a human body, so seismologists use seismic waves generated by earthquakes or artificial sources to study the earth's interior.

Modern seismological networks — such as New Zealand's GeoNet system — are designed to record seismic waves generated by earthquakes, but more than 95% of the ‘signal’ recorded by such networks is noise, generated primarily by coupled oceanic and atmospheric processes. Cross-correlating long streams of noise recorded at different locations reveals a coherent signal that can be used for tomographic imaging or to analyse the generation of the noise field itself. John Townend is coordinating a study of New Zealand’s ambient noise field and its utility for tomographic imaging in collaboration with School staff and researchers at GNS Science.