PhD research from Victoria University of Wellington has added weight to a debate regarding the shape of the South Island’s Alpine Fault. 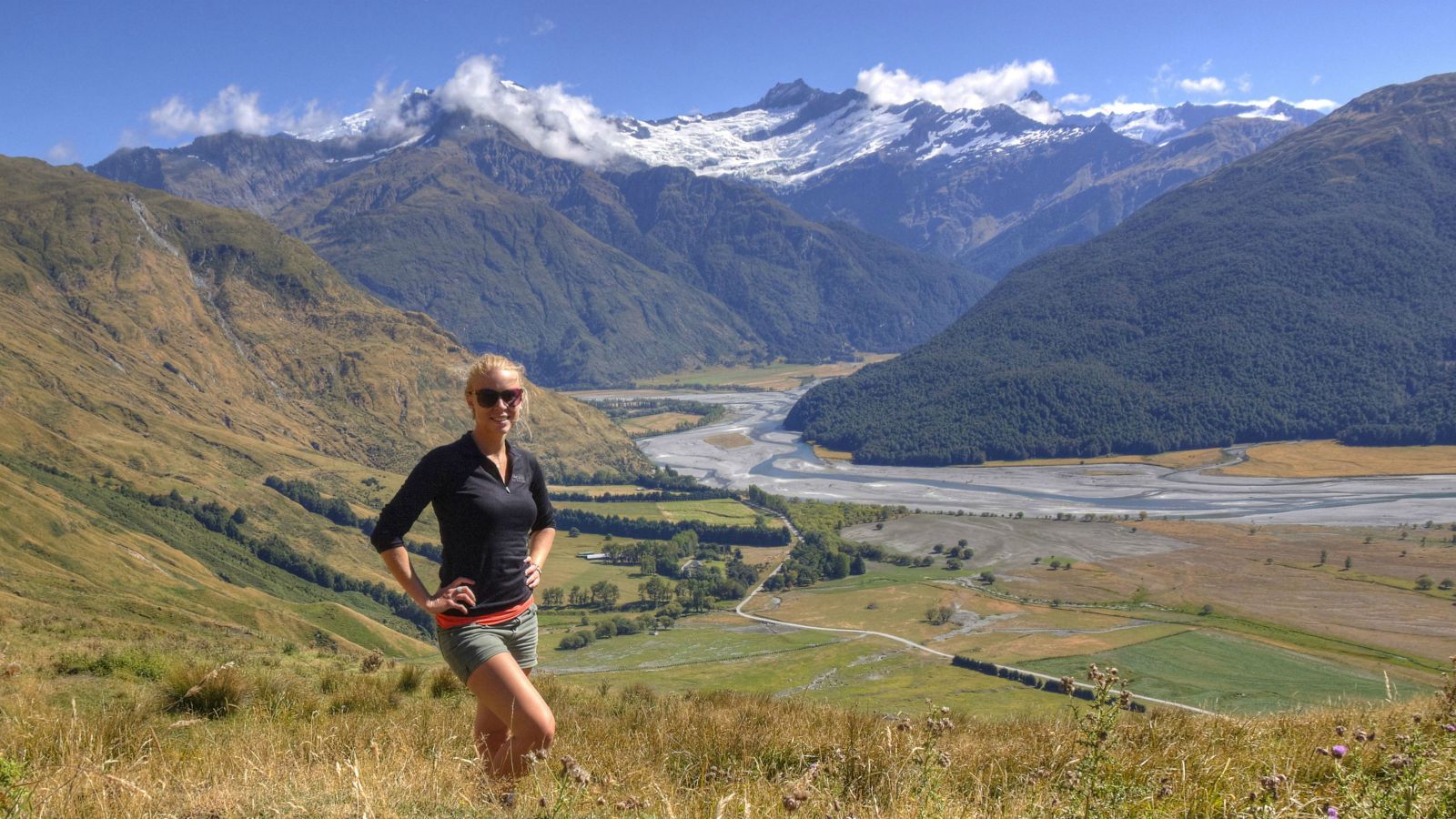 PhD research from Victoria University of Wellington has added weight to a debate regarding the shape of the South Island’s Alpine Fault.

The Alpine Fault has been assumed to be a near vertical crack, however, research published last year by Victoria scientists suggests that the fault curves under the Earth’s crust.

A study by Emily Warren-Smith, who graduates this week with a PhD in Geophysics, has added more evidence to this theory. Her results show that the fault flattens to become horizontal a few kilometres underground and underlies a wide region of the central South Island.

“The surface expression of the Alpine Fault is remarkably clear, but there is some debate about the shape of the fault as it goes several kilometres underground. So I set out to map the fault at depth,” says Emily.

“Just by observing how fast the landscape of South Island has been worn away, it is possible to look deep inside the Earth, which is remarkable.

“I collected rock samples from 30 sites across the Southern Alps. Then, in the laboratory, I analysed the crystals in these rocks using a method called fission-track thermochronology.

“By looking at tiny damage trails, the by-products of nuclear fission within the crystals, we were able to put an age on when that rock was at a certain temperature. Because we know temperatures get hotter deep underground, we can therefore figure out how long ago it was at a certain depth in the earth and calculate how fast the rocks have been moving up to the surface over the last few million years as the overlying rocks are worn away by erosion.”

Emily says the aging pattern shows rocks close to the Alpine Fault are being moved up and eroded quickly—a few millimetres per year—whereas rocks in Central Otago are much more stable and have been at the surface for longer but are still moving sideways.

“The simple explanation for this pattern is that the fault plane is horizontal in the middle of the crust, around 25 kilometres deep beneath Central Otago, and then as you get closer to the West Coast it curves to become nearly vertical at the surface. So the rocks are essentially on a conveyor belt moving sideways and then being exhumed up.”

More research needs to be done to better assess what this finding means for earthquake risk, says Emily. “Our research has told us what the Alpine Fault is doing on very long time-scales, but we are unsure of its behaviour on the scale of hundreds and thousands of years and less. For places like Wanaka and Queenstown, instead of being a hundred or so kilometres geographically away from the Alpine Fault, they’re actually only a few kilometres above it.”

The research findings were published in the American Geophysical Union journal G³.

Emily completed a Master’s at the University of Oxford in the United Kingdom and is now carrying out postdoctoral research at GNS Science.