Karl Löfgren has been examining how policy analysts work, and delving into public sector autonomy.

Associate Professor Karl Löfgren initially thought the email inviting him to apply for a job at Victoria University of Wellington was spam.

“But when I realised it was real I was immediately interested,” he says. “New Zealand has always been seen as a laboratory for drastic transformative reforms in public administration, so I thought coming here would be a good teaching and research opportunity.”

Associate Professor Löfgren moved to Wellington in 2013 to take up his new role. He had previously held academic positions at the Universities of Copenhagen and Roskilde in Denmark and at Malmö University in his native Sweden.

His research interests include the policy aspects of ‘electronic government’, which involves using information and communications technology to deliver government services; surveillance and data protection policy; new media and democracy; governance and policy implementation; and new forms of local democracy.

For one of his first projects, he looked at whether policy workers in New Zealand made use of academic research. The study was sparked by conversations with Victoria University of Wellington Master’s students in public policy and public management who said they didn’t have access to research because it was held behind paywalls.

Intrigued by the students’ claim, Associate Professor Löfgren and colleague Professor Brad Jackson surveyed policy workers about how they used academic outputs such as library catalogues and online resources. They found most people did have access to academic output and did use the material they came across.

Associate Professor Löfgren hopes to carry out a future study following up the perceived lack of access.

The study also found academic resources were too technical and abstract for some policy workers. Quantitative research was the preferred academic method, followed by case studies. Overseas case studies were particularly valued.

“Policy analysts and advisers have many demands on their time and are often working under pressure. If you want to make a case to a Minister, it’s always helpful to have a good story,” says Associate Professor Löfgren.

“When I’m teaching students, that’s also about telling stories. Having a good narrative and being able to communicate it well is very important.”

In another research project, Associate Professor Löfgren was principal investigator in a study into bureaucratic autonomy in Crown entities. He interviewed retired chief executives from Crown entities to see how autonomous they were from the demands of Ministers, advisory boards, and sector interests.

“I’d heard anecdotes about some Crown entities being captured by sector interests,” he says. “I didn’t find that to be the case.”

The study also found political skills affected autonomy. Chief executives who had worked closely with Ministers before taking on their roles, and who had a good understanding of Wellington networks, found it easier to be autonomous than chief executives recruited from the private sector. “Wellington is a village,” says Associate Professor Löfgren.

Those same networks have an impact on the University's ability to connect with government, he says.

“Being well connected is an important part of the University's success. I have worked at universities in the past that have few connections with the outside world, but Victoria University of Wellington has lots of networks and a good flow of information. Those relationships are deep and supportive.”

Associate Professor Löfgren has been impressed by the calibre of research at the University. While he says there is less money available for research in New Zealand than in Denmark, where academics benefit from the high tax take and European Union funding, researchers here are far more innovative and productive.

“The University's research output is very good. Researchers at Wellington School of Business and Government are very creative. I see what they produce and it is fabulous.”

In addition to his research, Associate Professor Löfgren is Deputy Head of Government at the business school and teaches political science subjects such as comparative politics, public administration and management, public policy, and European Union studies. He is also on the board of several academic journals, including the New Zealand practitioner magazine Public Sector.

Associate Professor Löfgren’s current study takes him away from empirical research and back to desktop research: he is working with an Australian colleague to examine the status of public management in New Zealand and Australia.

“In the international literature, people often put New Zealand and Australia together,” he says. “We believe there are differences, particularly as Australia has a federal system and we have a centralised policy. It will be an interesting subject to explore.” 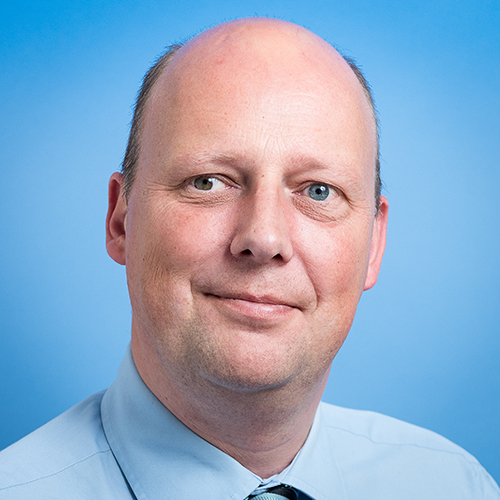