The future of AI in business

Dr Yi-Te Chiu’s research is focused on the growing adoption of artificial intelligence by organisations and the impact it has on them and their employees.

Artificial Intelligence, or AI as most know it by, has quickly moved from science fiction to science fact. While super-intelligent AI systems, like Samantha from the film Her, aren’t here yet—narrow and general AI systems are increasingly common, including IBM’s Watson or even Microsoft’s MyAnalytics.

Dr Yi-Te Chiu, a Lecturer in Information Systems at the Wellington School of Business and Government, is interested in the impact AI systems have on businesses and their employees. His research seeks to uncover how organisations can best introduce AI systems and add value to different stakeholders .

Dr Chiu has always had a strong interest in technology—prior to becoming an academic, he worked for seven years in the IT industry. Eventually, having worked in various IT roles, Dr Chiu decided to take a different career path—pursuing a PhD so he could educate future IT professionals and research the impact of emerging technologies, like AI.

In one of his recent papers, Understanding employees’ responses to artificial intelligence, co-written with Associate Professor Yu-Qian Zhu from the National Taiwan University of Science and Technology and Associate Professor Jacqueline Corbett from Université Laval in Canada, Dr Chiu and his co-authors explore the various ways employees respond to AI applications and the best ways to introduce them.

“The theory we’re using in our research is cognitive appraisal,” says Dr Chiu. “It’s a coping theory traditionally used in psychology to understand stress and emotional responses. It has been applied to various phenomena, such as online privacy behaviours and technostress, in the information systems field.”

By using the cognitive appraisal theory, Dr Chiu and his fellow researchers have investigated that if an individual sees transformative technologies (such as AI) as an opportunity, they will either be fully engaged or compliant with its introduction, depending on the level of control they have in the situation. If an individual sees it as a threat and they have a high level of control, they are likely to try to sabotage its introduction, whereas if they have low control they’ll try to avoid it.

They also discovered that employees are mainly divided into two groups: AI Intrepids (36%) and AI Dissenters (46%). Other employees possess mixed attitudes toward AI—they are likely to express interest and optimism about AI, but still argue against its implementation until the commercial payoffs are more evident, or they might see AI as highly developed in terms of its capabilities, but remain worried about what it means for the future.

“The main concerns that people have are around job losses, changes in the work they do, the verifiability of the systems, and AI bias” says Dr Chiu. “In regard to AI or algorithmic bias, for example, it’s common in human resource departments, especially in large companies, to use an AI tool to help identify people in line with the organisation’s needs. But a bias can’t be easilyavoided because AI can only work based on existing data—that means if there are certain biases to certain groups of people in that data, organisations will always miss those people.”

“There are also concerns about verifiability. AI tools can be a bit like a black box, they give us a result but we don’t know why and how so that’s concerning for certain people. For example, sometimes autonomous cars crash, and we don’t know why.

“So, concerns about AI’s capability, its impact on jobs, and on society are the three main concerns we’ve identified that can influence people’s attitudes towards AI.”

A major factor in getting buy-in to AI tools from employees is the approach taken to their rollout, with many, according to Dr Chiu, taking an ad hoc approach where employees aren’t thoroughly consulted and involved from the beginning.

“It’s key that organisations talk to their employees and engage with them early,” says Dr Chiu. “It’s quite important to do it at the pre-adoption stage, when organisations still haven’t decided on what specific AI they are going to adopt. You’ve also got to know your people. It’s especially important to know what they fear about AI, so you can work to alleviate that fear.”

It’s also crucial that organisations are open and clear about the direction they’re going, says Dr Chiu. A good example of this, he says, is ANZ Bank.

“ANZ Bank have has undergone a huge transformation and restructure to make the organisation more agile,” he says. “As part of that process, they interviewed everyone to find out their interests, and they tried to provide a clear picture of how emerging  technologies would be part of their future. ANZ believes that they need to transform people first before introducing transformative technologies. Captial One, one of the most innovative banks, has gone a  step further during their digital transformation.  Bank tellers on the front lines are reskilled to be business analysts and user experience designers so they can elicit needs from customers and get involved in the co-creation of new digitally enabled prodcuts and services.

“It’s important to let employees know which direction you’re going to go, and they can decide if they want to go along with it, or move on,” he says.

“I would say nowadays we have a big AI divide. If you look at Facebook, Google, and a lot of the large e-commerce companies, they can do huge experiments—they have employees with the relevant skills, they have platforms, they have data, they can input a lot of parameters and test if their hypotheses are correct,” says Dr Chiu. “It’s different for smaller organisations—they have limited resources. Still, AI can make huge inroads into their organisational agility and operations. The question is how these organisations can build just enough AI capabilitiy and gain value from AI.”

Dr Chiu is also interested in the relationship between humans and AI.

“I’m investigating a virtual AI member’s role in IT teams, and if they can actually help many challenges IT teams face,” says Dr Chiu. “There are AI systems that can identify bugs and errors, setup meetings, and help teams to synthesise the outcomes of meetings. I’m particularly interested in the emotional side of AI members – how they can provide emotional support and enhance team emotional intelligence.” 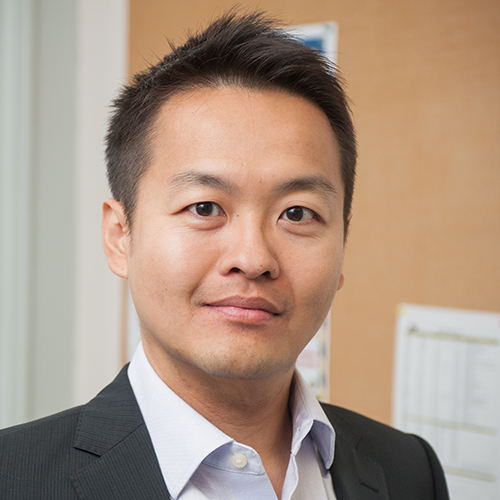