New Zealand’s relationship with China is important for many reasons—especially when it comes to trade. Since New Zealand and China signed a free trade agreement in 2008, trade with China has grown rapidly—climbing from $8.6 billion in 2007 to $28 billion in 2018. This relationship is a vital one for New Zealand exporters, but political conflicts (such as the current trade war between the United States and China) can threaten this.

Associate Professor Hongzhi Gao is engaged in research that seeks to discover the impacts that trade wars and other political disruptions can have on New Zealand firms that export to China, in order to identify strategies that firms can take in response.

“On the surface, the US–China trade war appears to have nothing to do with New Zealand firms,” says Associate Professor Gao. “But political conflicts usually make the global business and export environments more politically sensitive which can impact New Zealand businesses.”

Political conflicts involving China can lead to policies that act as barriers to entry, Chinese consumers boycotting companies believed to be taking an anti-China stance, and a rise in costs for New Zealand exporters, says Associate Professor Gao.

“Sluggish export demand, negative customer sentiment, decreasing export prices, and volatile foreign exchange rates, can all contribute to the costs of exporting,” says Associate Professor Gao. “Of course, not all of them are directly relevant to New Zealand exporters but companies must evaluate the costs closely and navigate the political risks that arise from trade wars.”

Associate Professor Gao, who was once Chief Analyst of Foreign Loans and Risk Management for the Jilin Provincial Government in China, has been researching New Zealand firms’ marketing and business strategies in China over the last decade. Over that time, he has seen the trading relationship between the two countries grow from strength to strength as New Zealand firms continue to develop relationships with Chinese businesses, and expertise in doing business in China.

Trade wars, like the one between the United States and China, could reverse this growth.

“The next decade is going to be challenging for China,” says Associate Professor Gao. “China is now at a crossroads—they will either continue the formula that got China to where it is today in international trade and integration, by opening to the world and reforming its systems, or they’ll take a few steps back, adopting a more reserved and closed-door approach—returning to Maoist ideologies.”

“New Zealand’s trade relationship with China will depend on how China goes politically and economically. The New Zealand–China trading relationship will still progress if China’s economy is not hit too badly by the trade war. However, if economic recessions do hit China and dampen Chinese consumer demand, the outlook for trade could be gloomy,” says Associate Professor Gao.

Associate Professor Gao is currently in the early stages of research that seeks to evaluate how firms from New Zealand, as well as other countries, such as the United States, China, Australia, the United Kingdom, and Taiwan, respond to political disruptions and opportunities.

“We are currently seeking interviews with exporters and suppliers involved in manufacturing offshore, to explore the factors that contribute to their strategic changes during the US–China trade war,” says Associate Professor Gao.

“Overall, we are hoping to find that firms with a greater sensitivity to the US-China trade war and the global business environment, that have strong dynamic balancing capabilities, will respond to political disruptions better.”

If you are an exporter or supplier involved in manufacturing offshore who would like to take part in an interview, contact Associate Professor Gao. 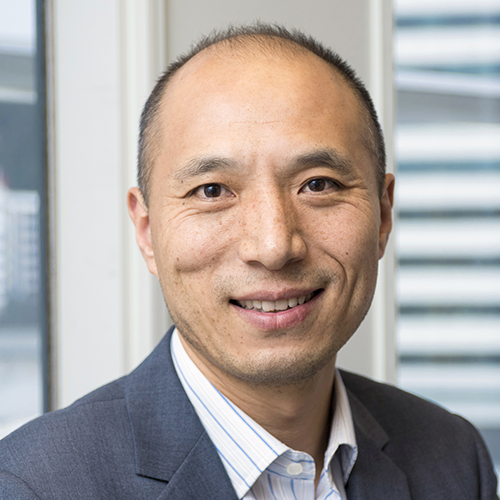