During the 1960s and 70s, Wai-te-ata Press was a key contributor to the development and recognition of New Zealand literature. It made contemporary writing readily available to students and the general public at a price and format accessible to the reading/buying public. This was during a time in which printed works of writers were difficult if not impossible to publish, sell or buy in NZ bookshops, let alone overseas.

Publications from 1995 onward are listed below. Most titles are available to order. 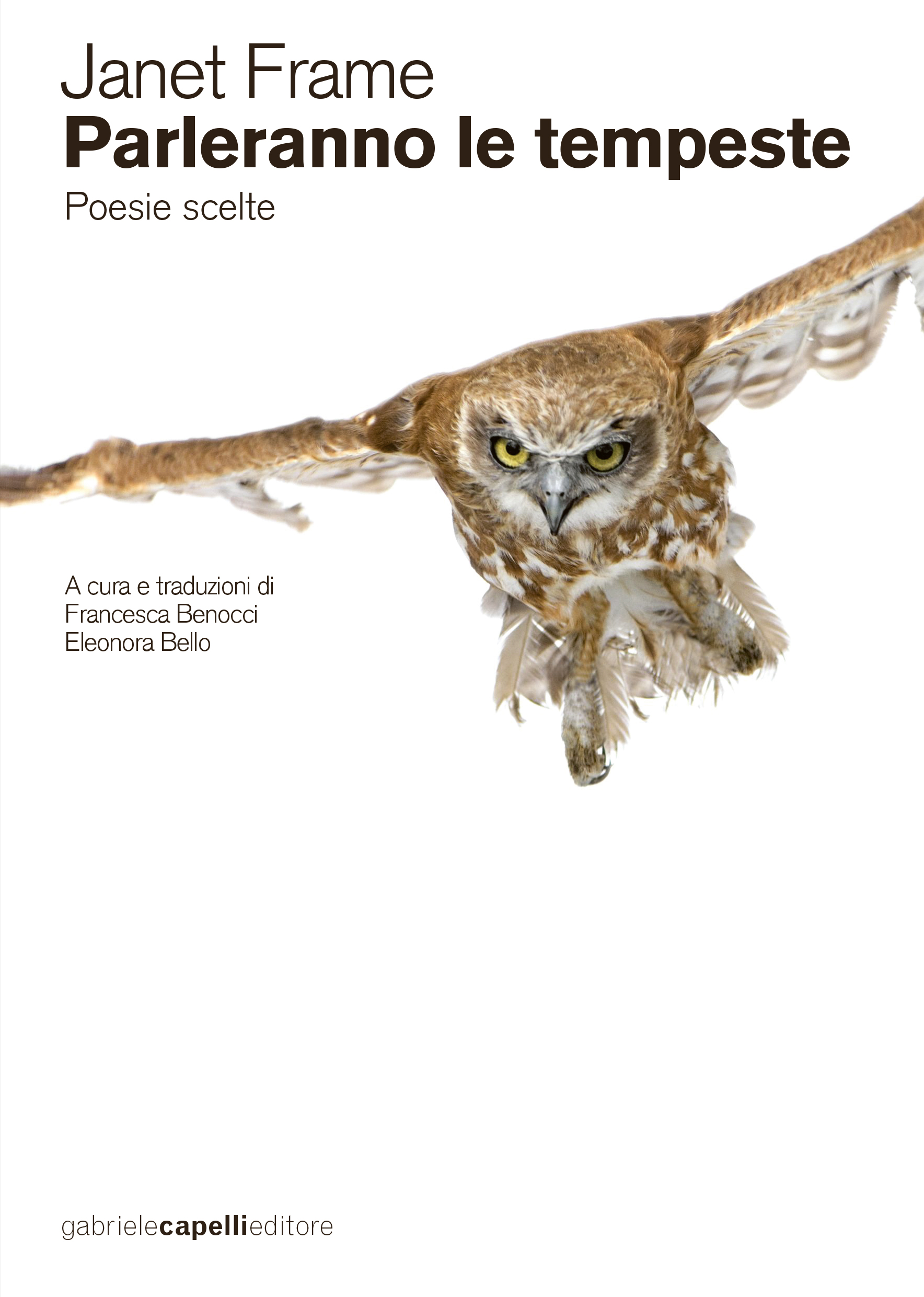 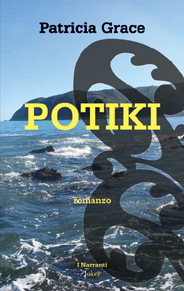 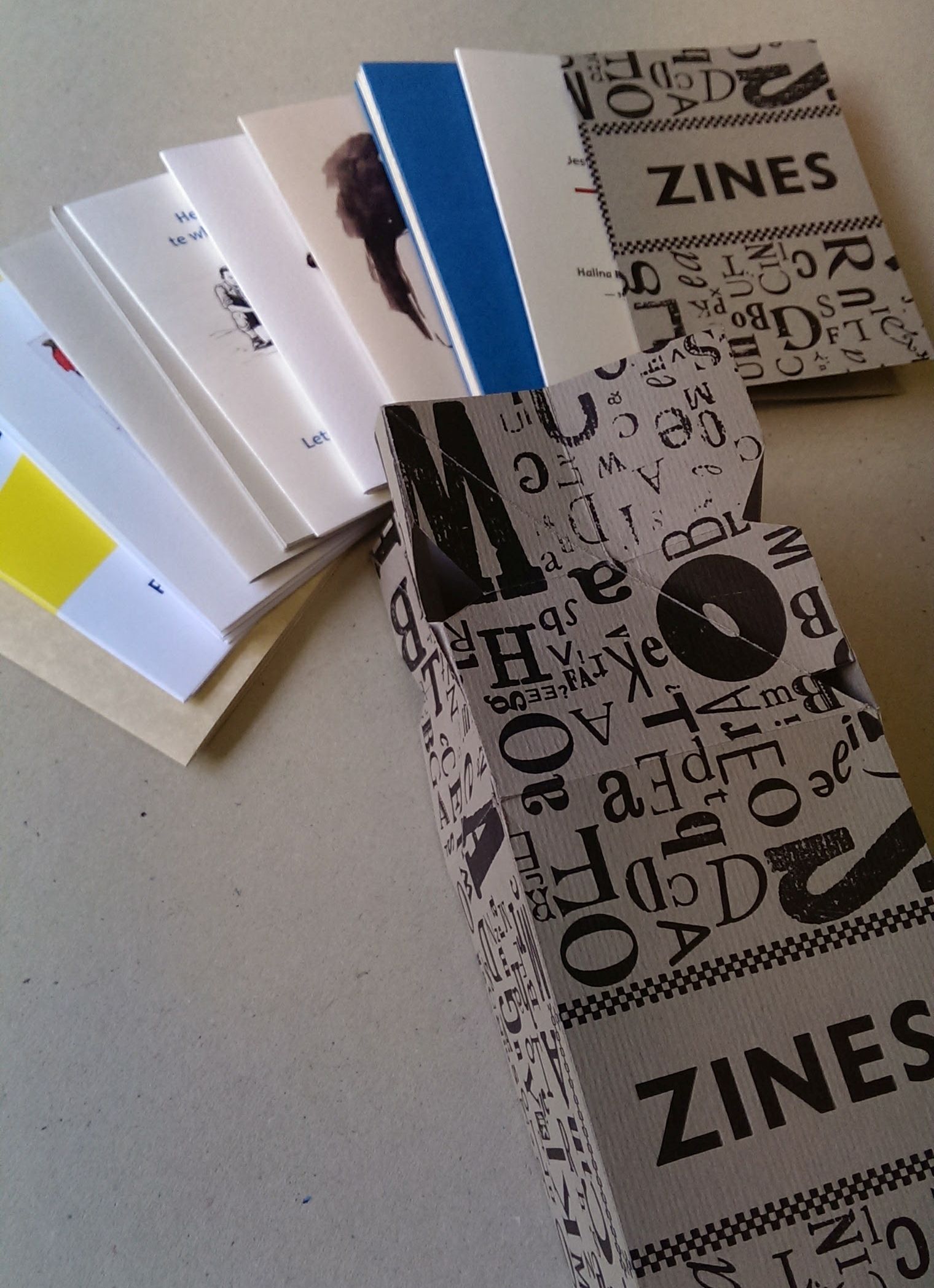 (edited and designed by Sydney Shep) 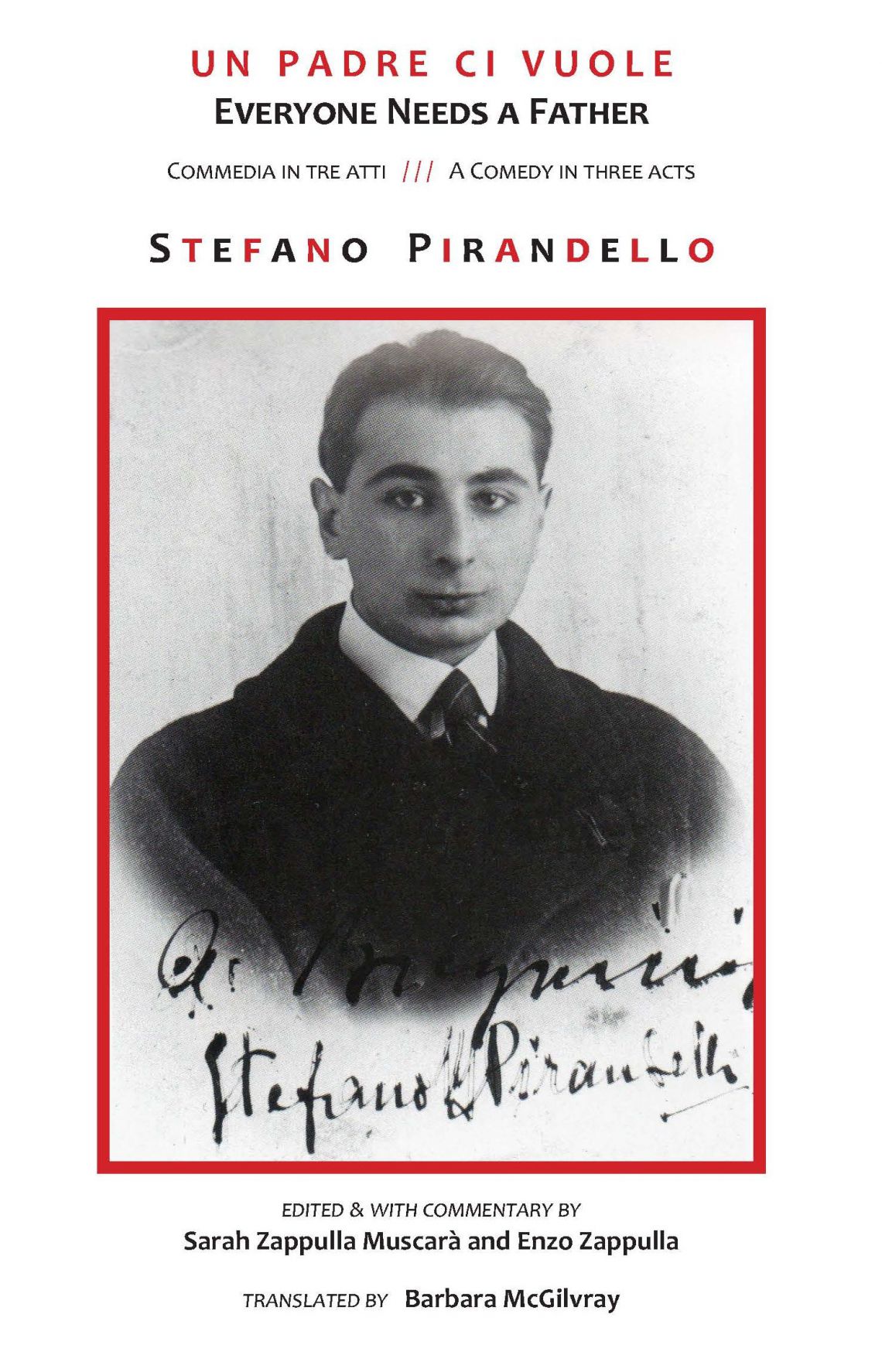 (Edited and with commentary by Sarah Zappulla Muscara and Enzo Zappula, translated by Barabara McGilvroy)

2017: pp.146. The first English translation of Pirandello. Published in association with the Istituto Italiano di Cultura in Sydney, Australia. 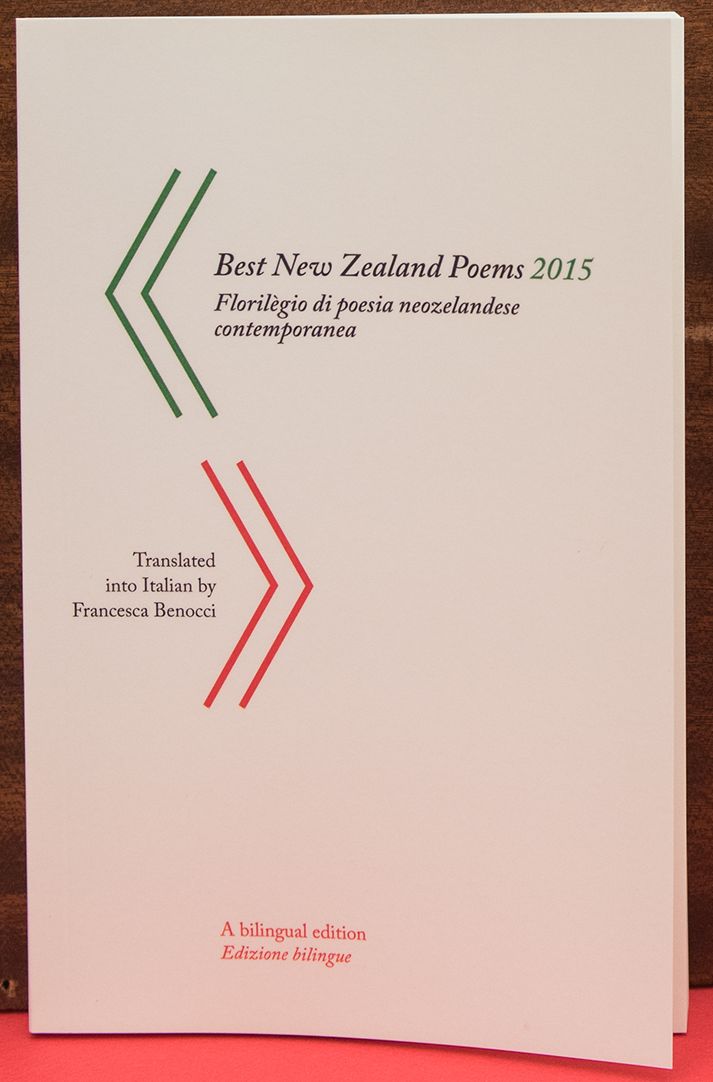 2016: 138pp, The NZCLT Collection. Supported by the Embassy of Italy in New Zealand, the Istituto Italiano di Cultura in Sydney, Australia, Creative New Zealand and the NZCLT. In association with the IIML. Cover and design by Ya-Wen Ho. 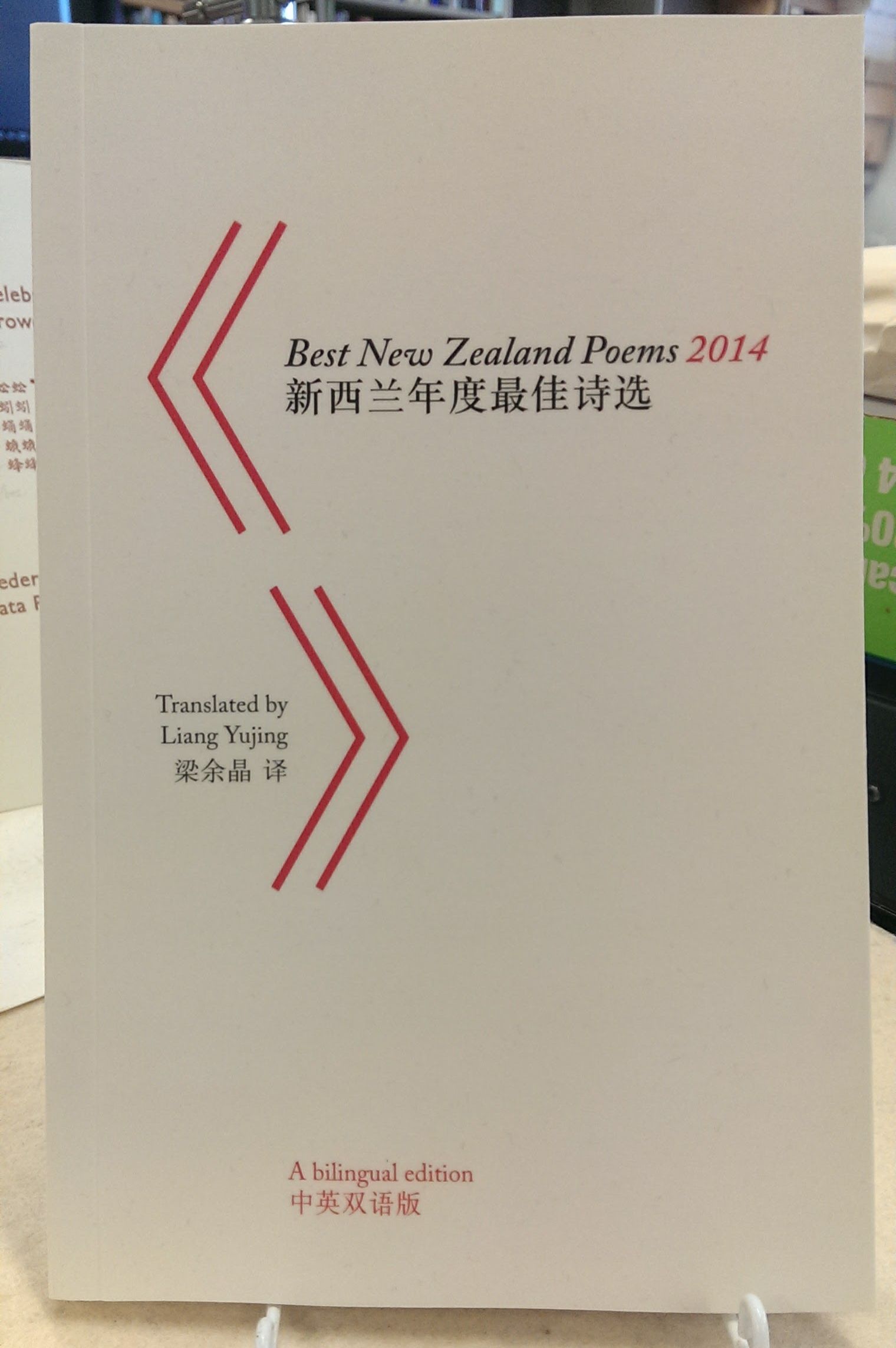 2015: 90pp, The NZCLT Collection. Supported by the Confucius Institute at VUW and the NZCLT. In association with the IIML. Cover and design by Ya-Wen Ho. 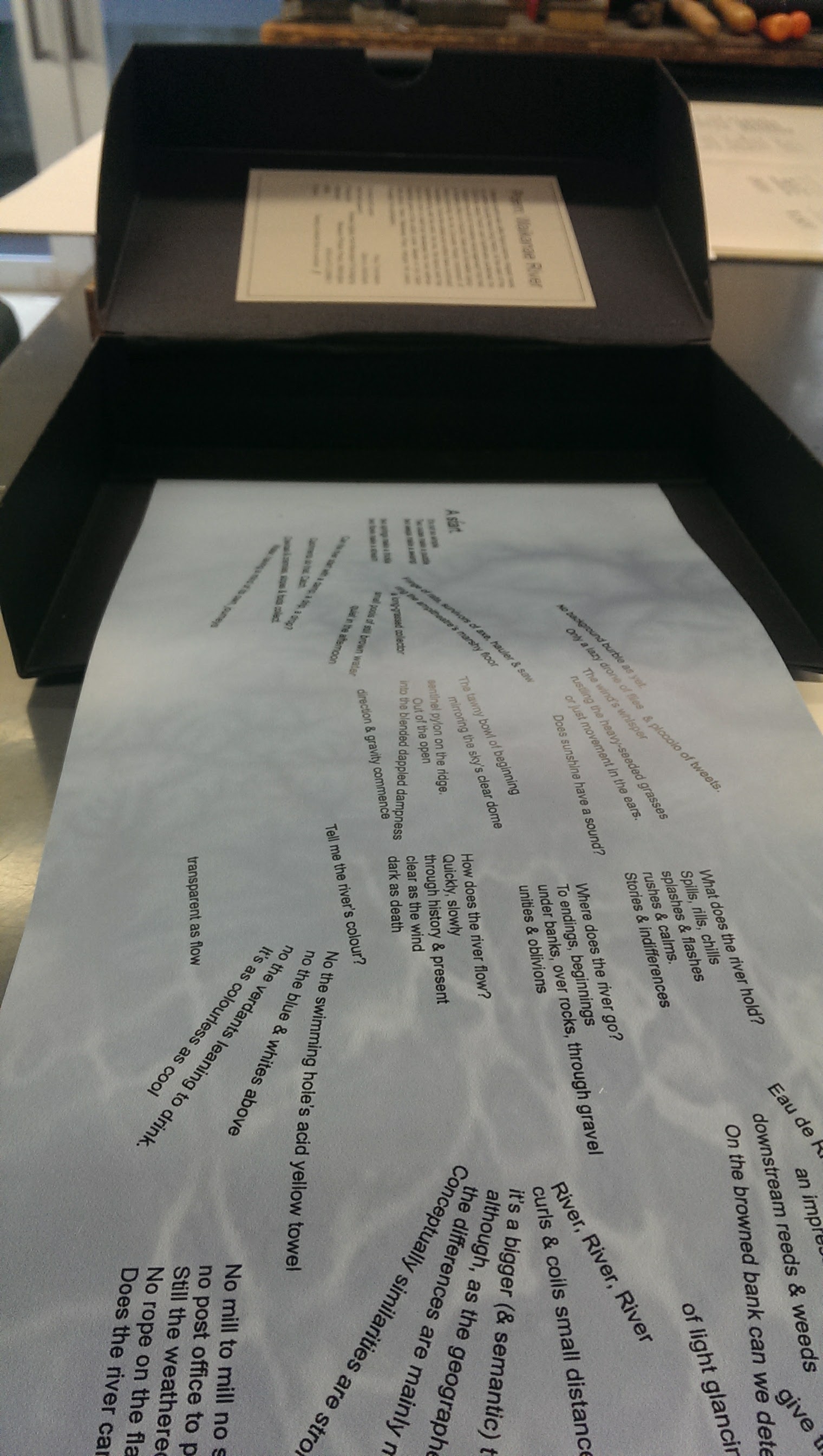 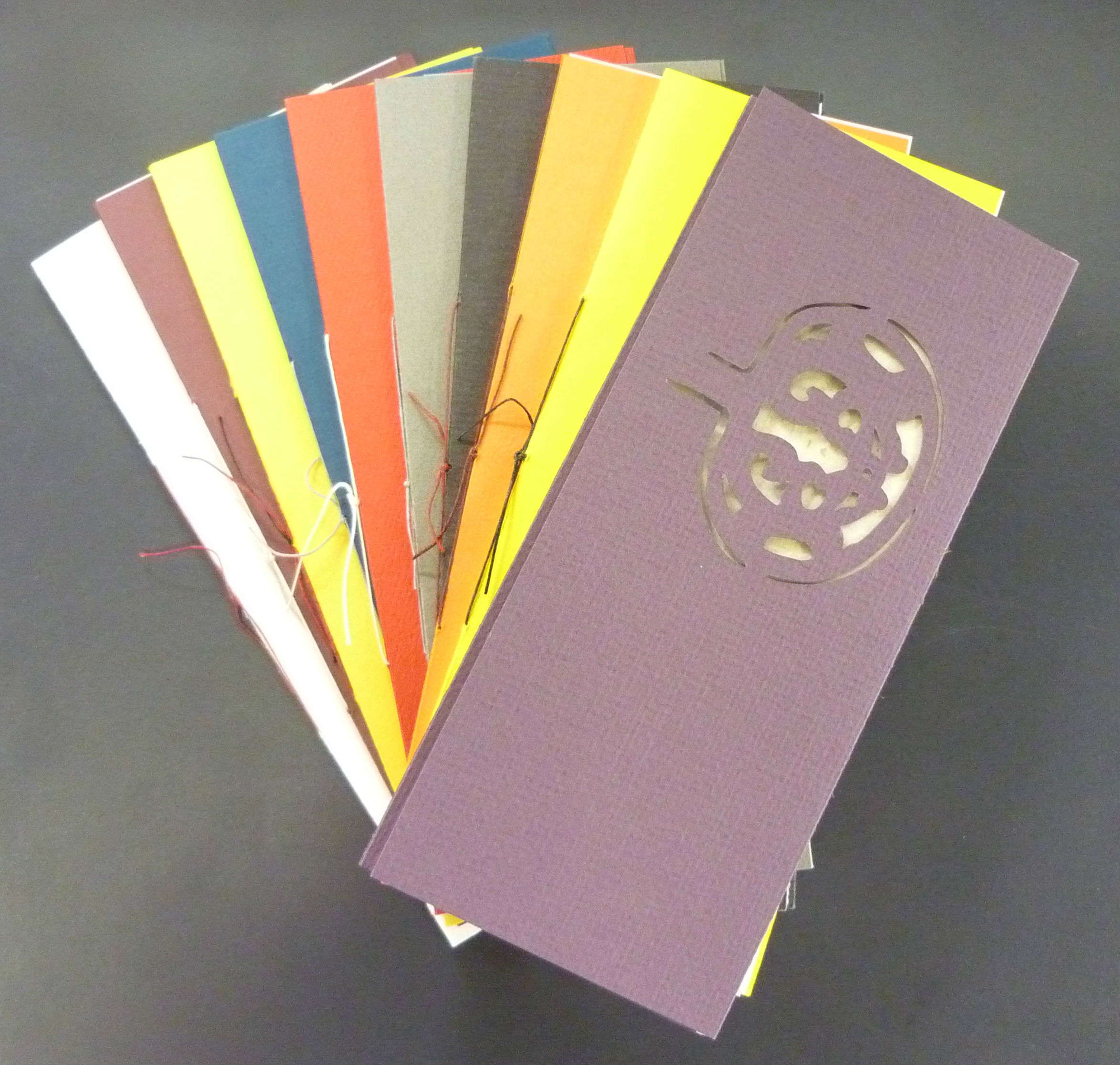 2014: 15 volumes, a collaboration between the New Zealand Centre for Literary Translation and embassies and other cultural centres in Wellington, New Zealand. Each book has as a theme a different poem or piece of writing by a writer in the language of that country, which is translated into one or more languages, including English and Māori. Some of the volumes were created to mark an occasion of cultural significance, while others commemorate purely the diplomatic relationship between New Zealand and the respective countries. Paper sculpture by Jumbletree. Limited edition. 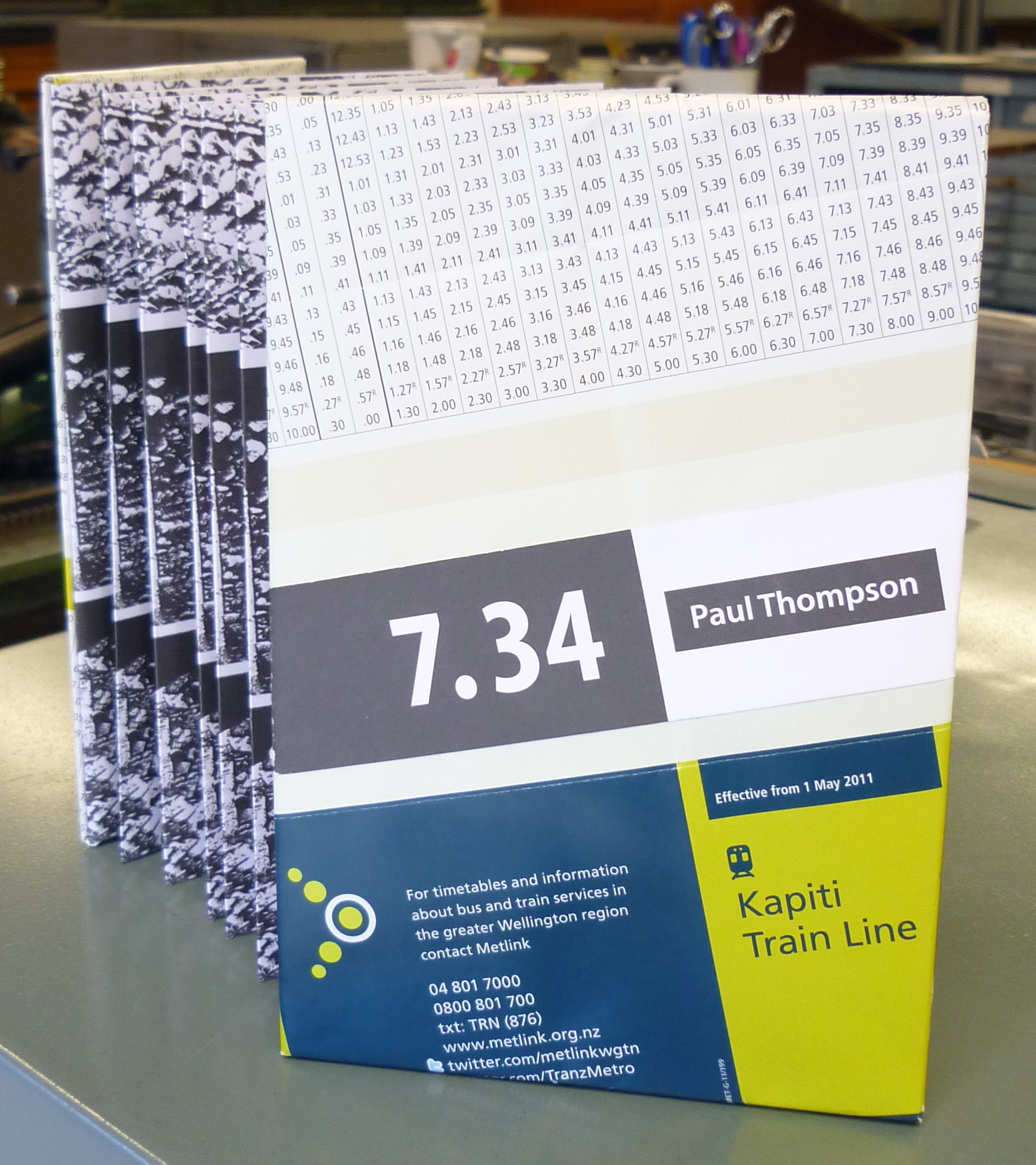 2013: Printed by Lithoprint, Wellington and hand-bound by Jumbletree. Actual railway timetables are used for the covers and there is a real commuter's ticket inside everybook. Limited edition of 50. 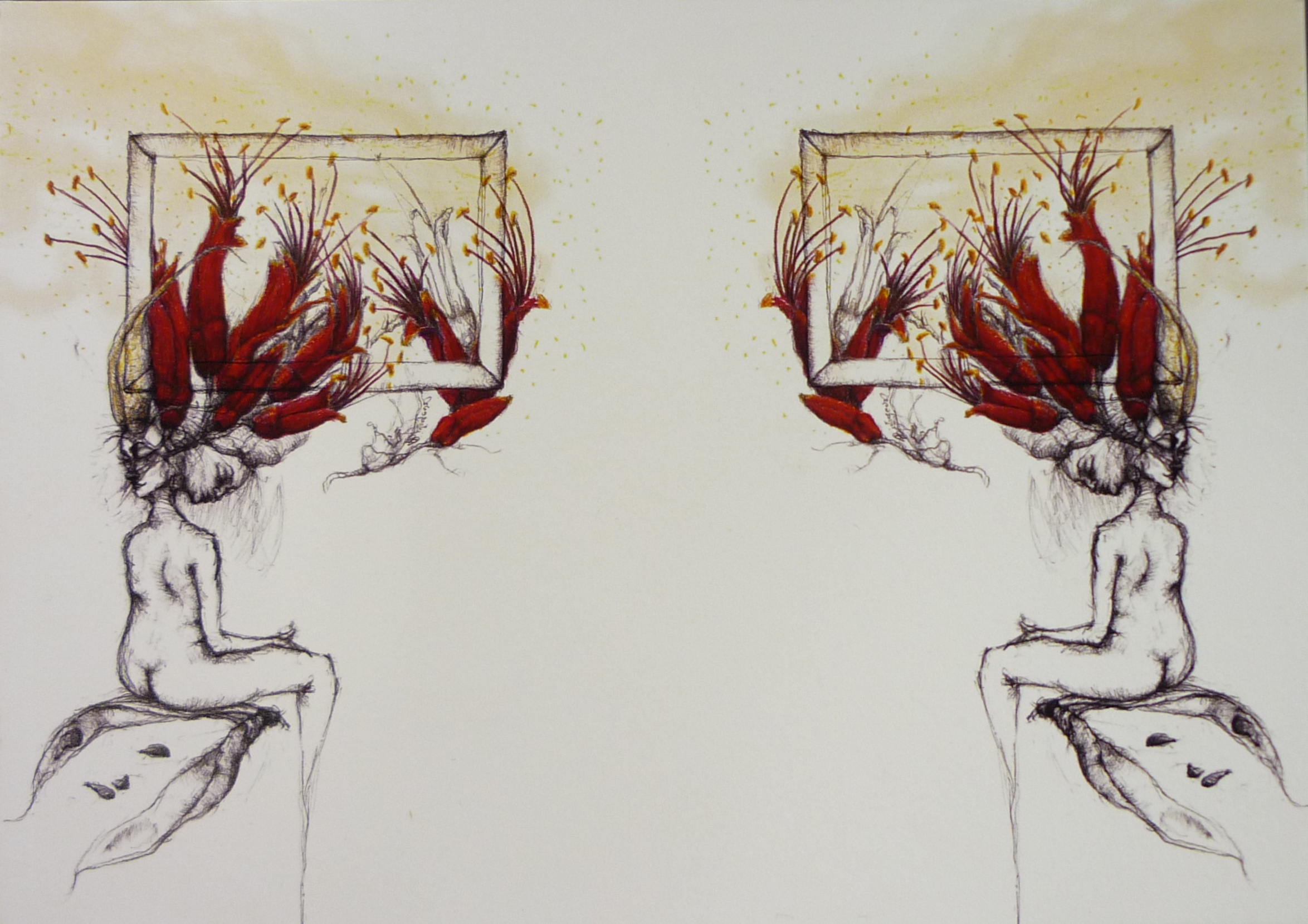 2012: 54pp, includes Patricia Grace's 1975 short story "Parade" which first appeared in the collection "Waiariki," with criticism and interpretation of "Parade" and artworks provoked by "Parade." 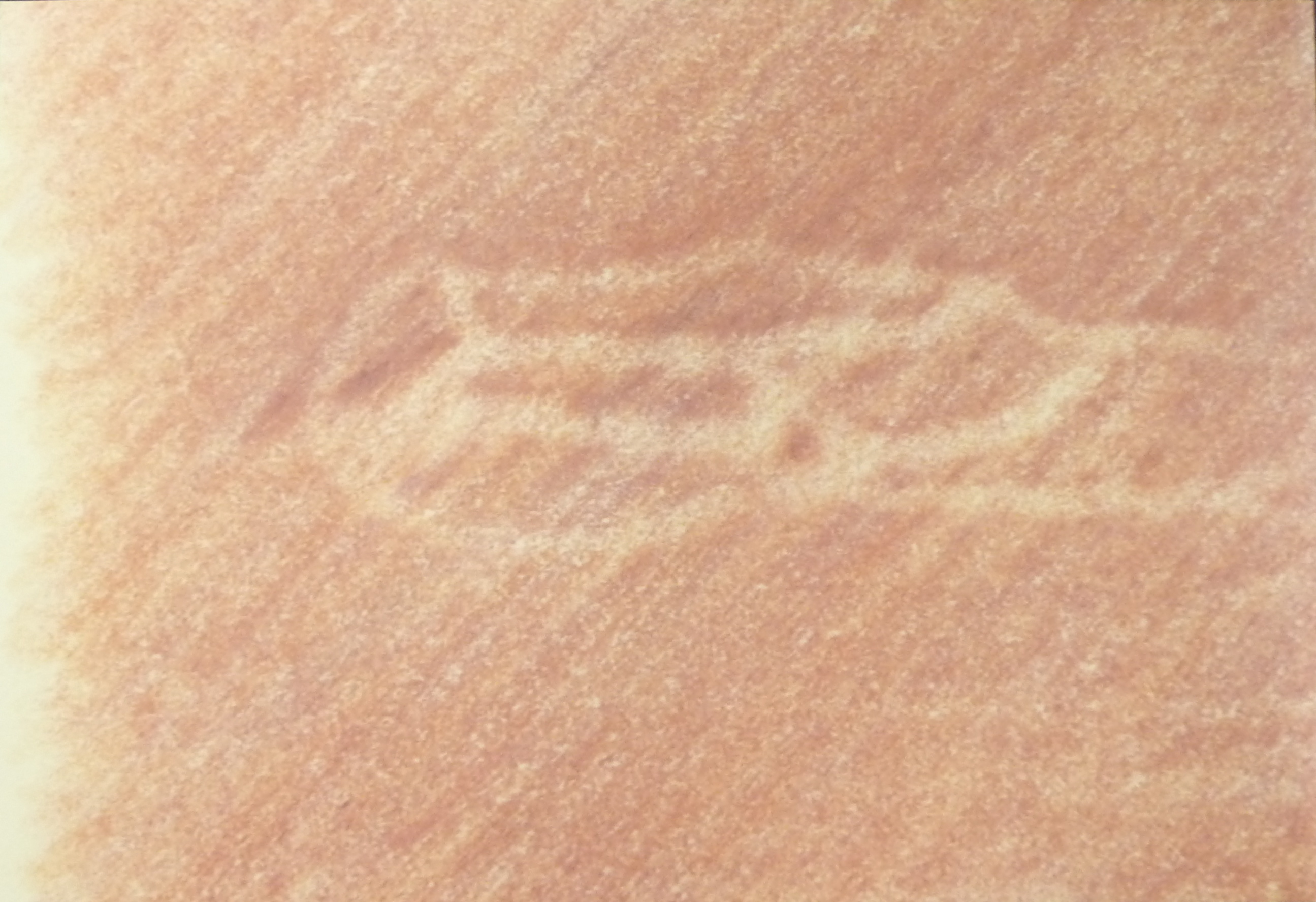 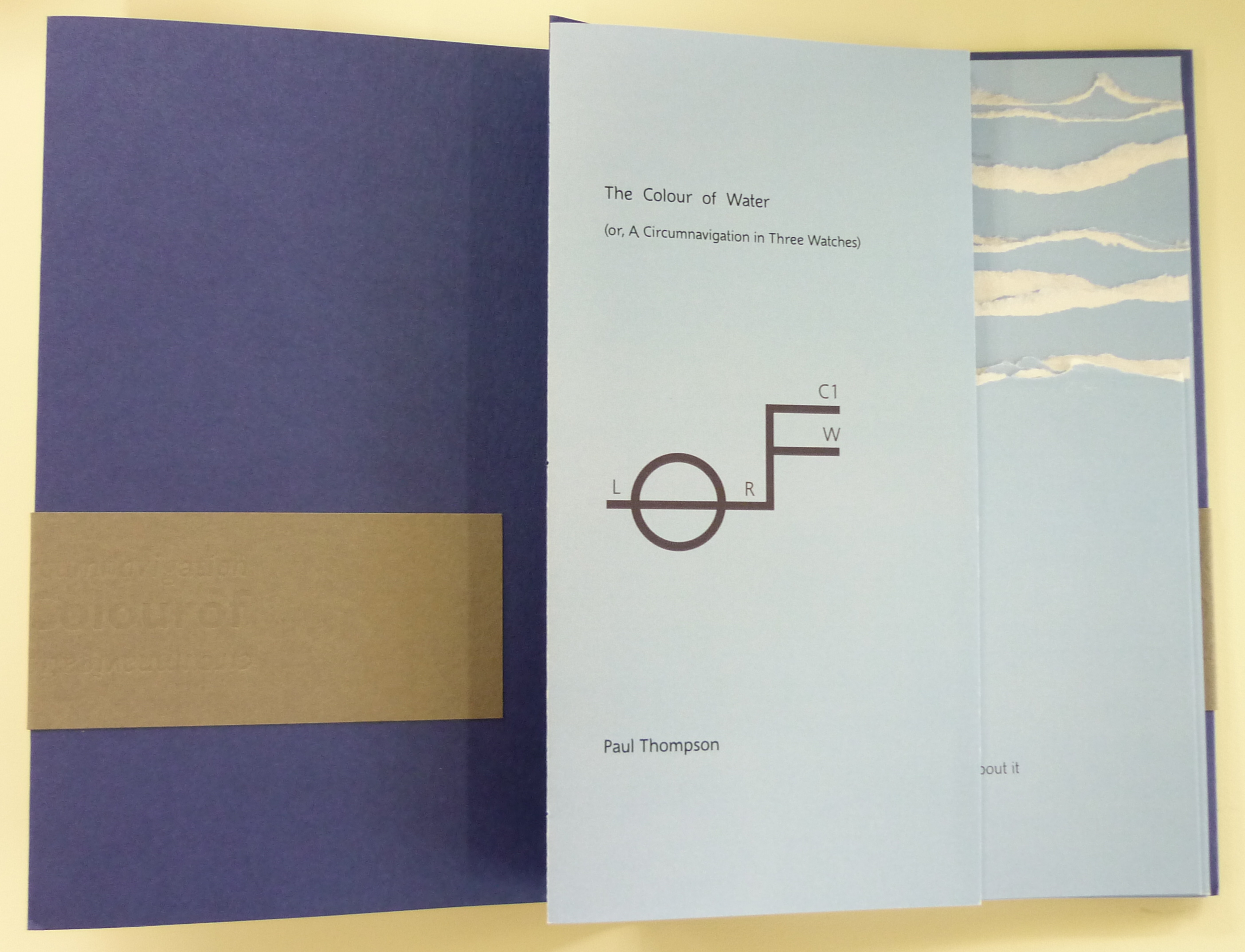 Paul Thompson - The Colour of Water

2011: Printed by Lithoprint, Wellington and hand-bound by Jumbletree. Limited edition of 50. 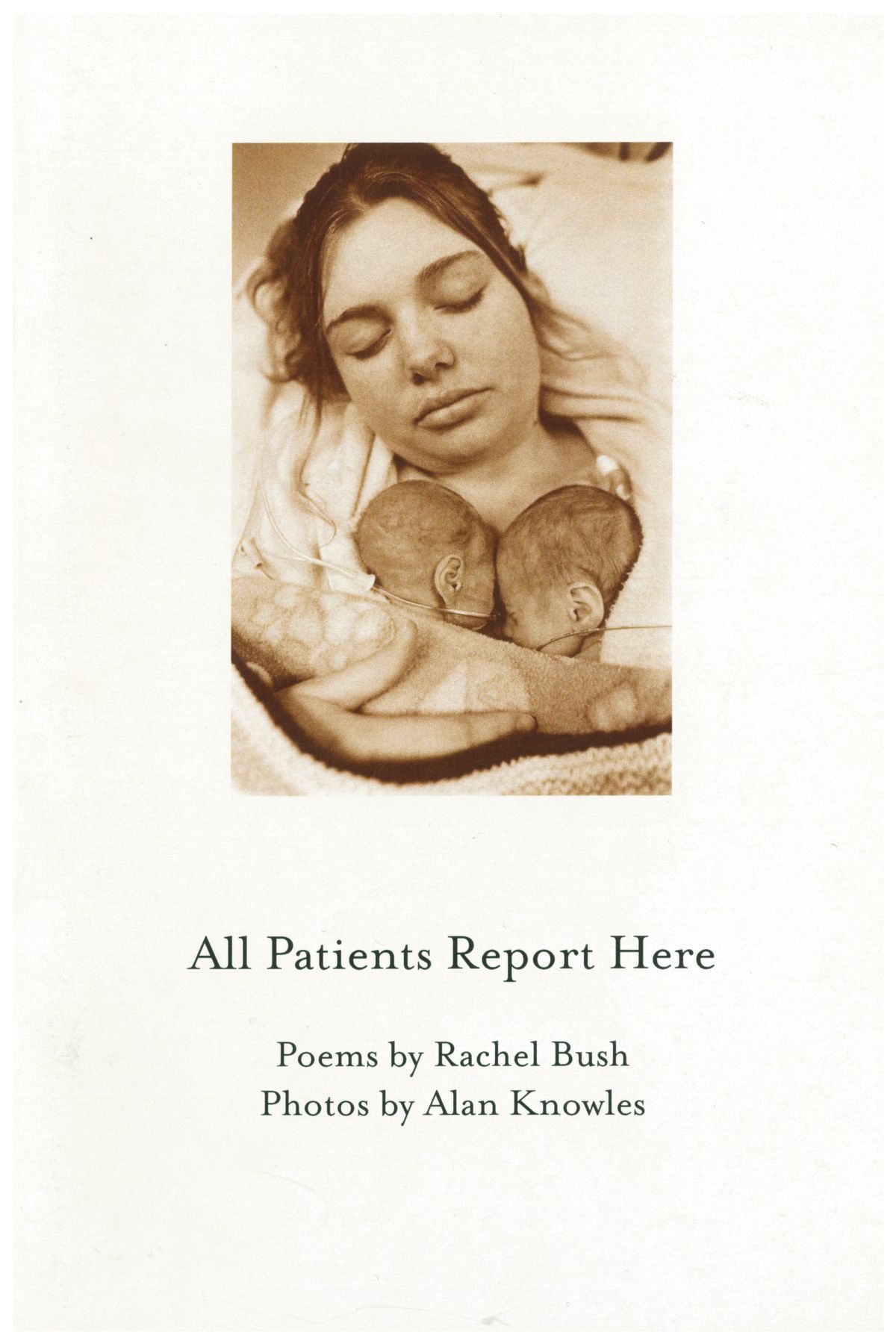 2006: 35pp, photos by Alan Knowles. Poems written after the author was poet in residence at Wellington Hospital as part of the Poets in Workplaces Scheme.

(with reflections by Damien Skinner, Paul Thompson and Amanda Wayers) 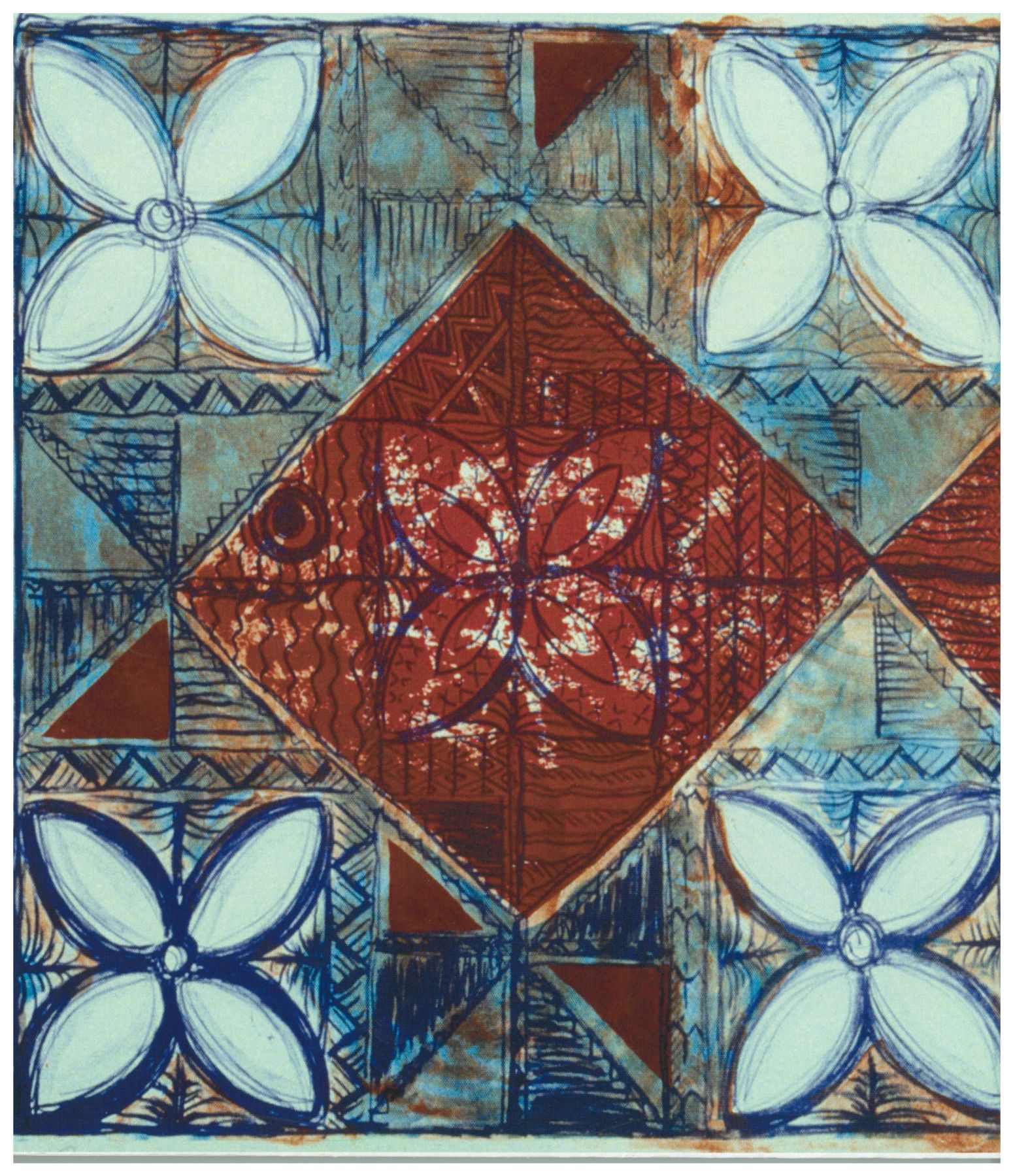 2002-2005: Boxed set including The Approach, Waveforms, A Question of Poetry, Real Life Bird Song, Domestica and The Alphabet Farm. 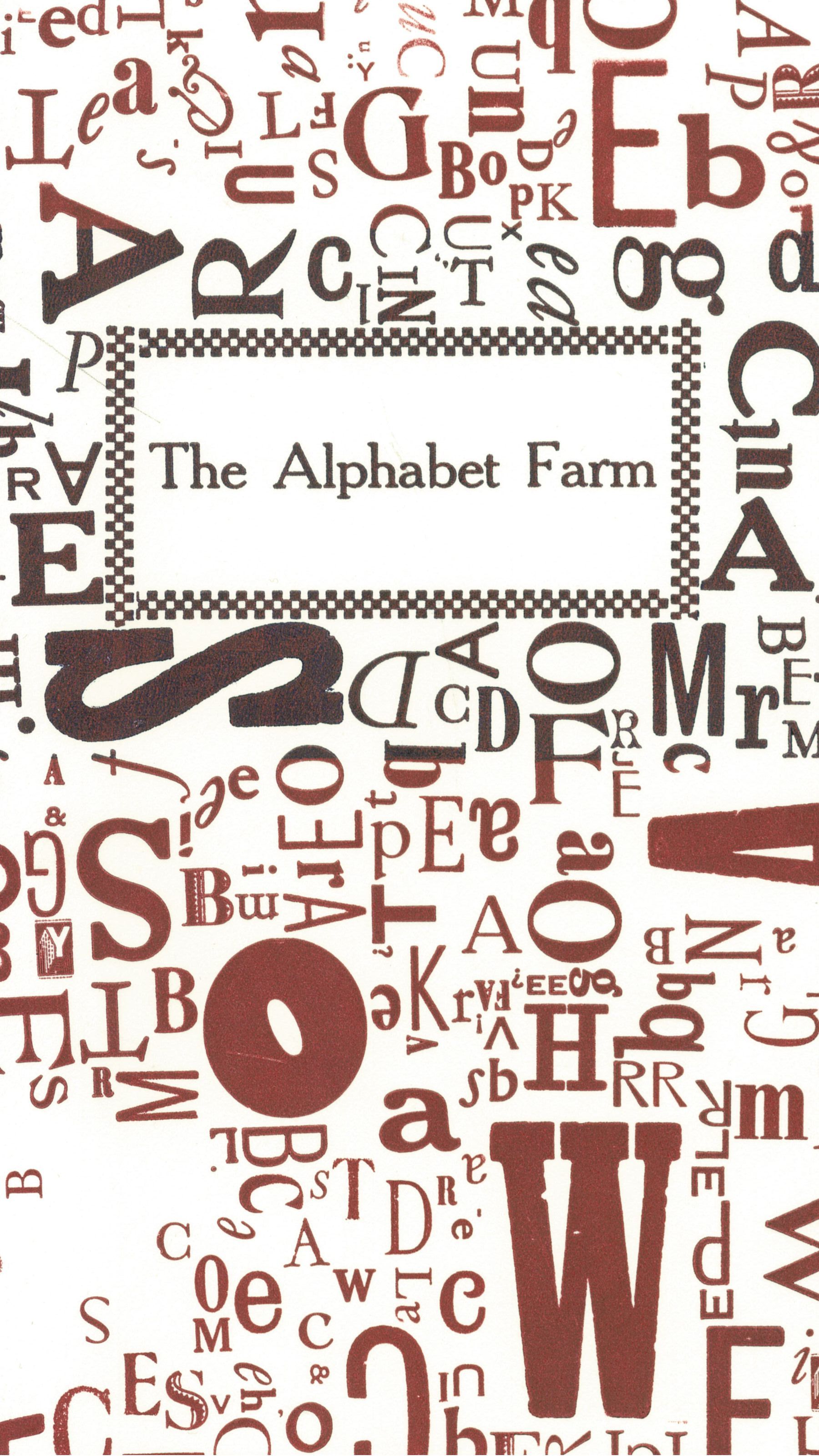 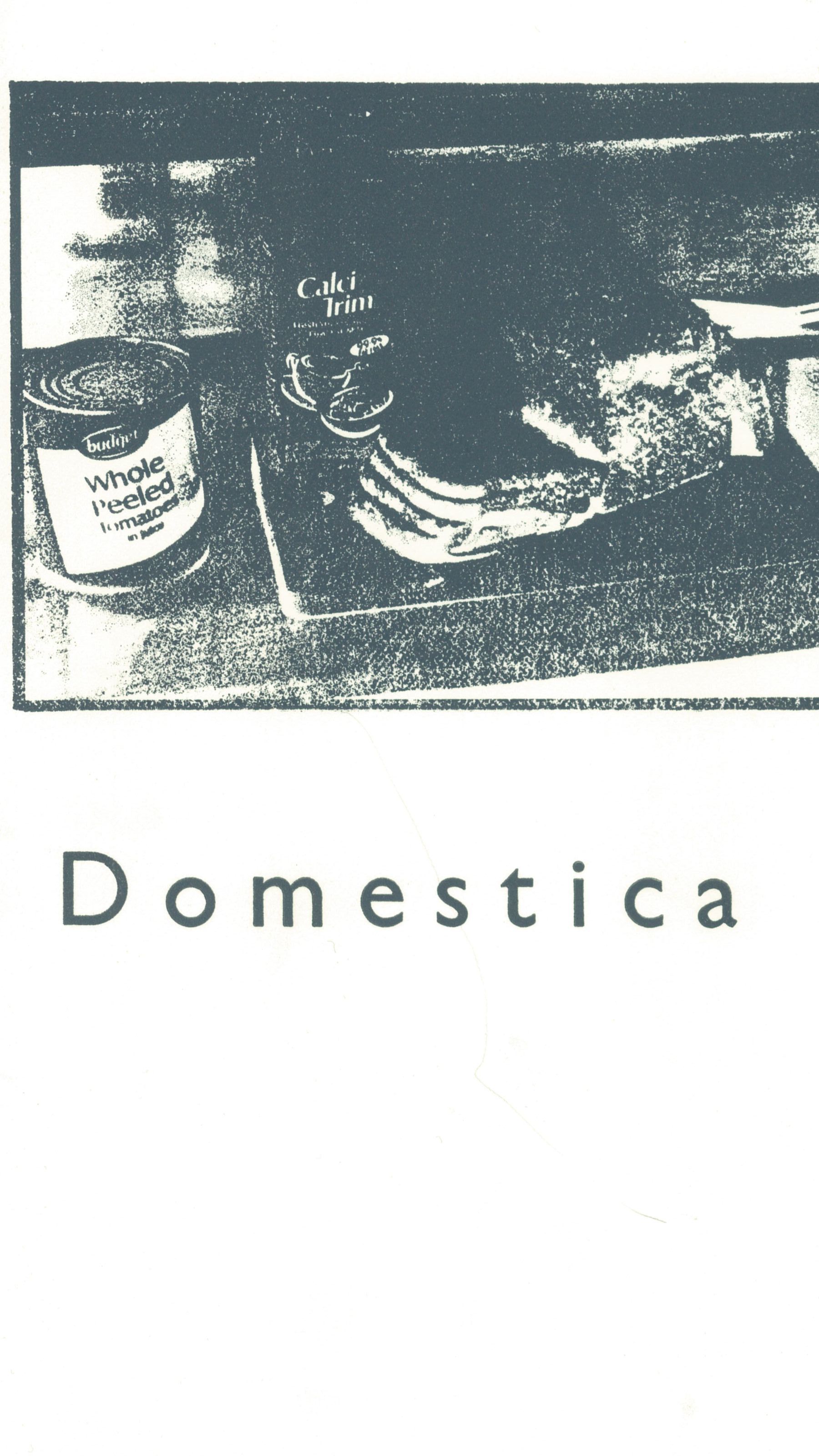 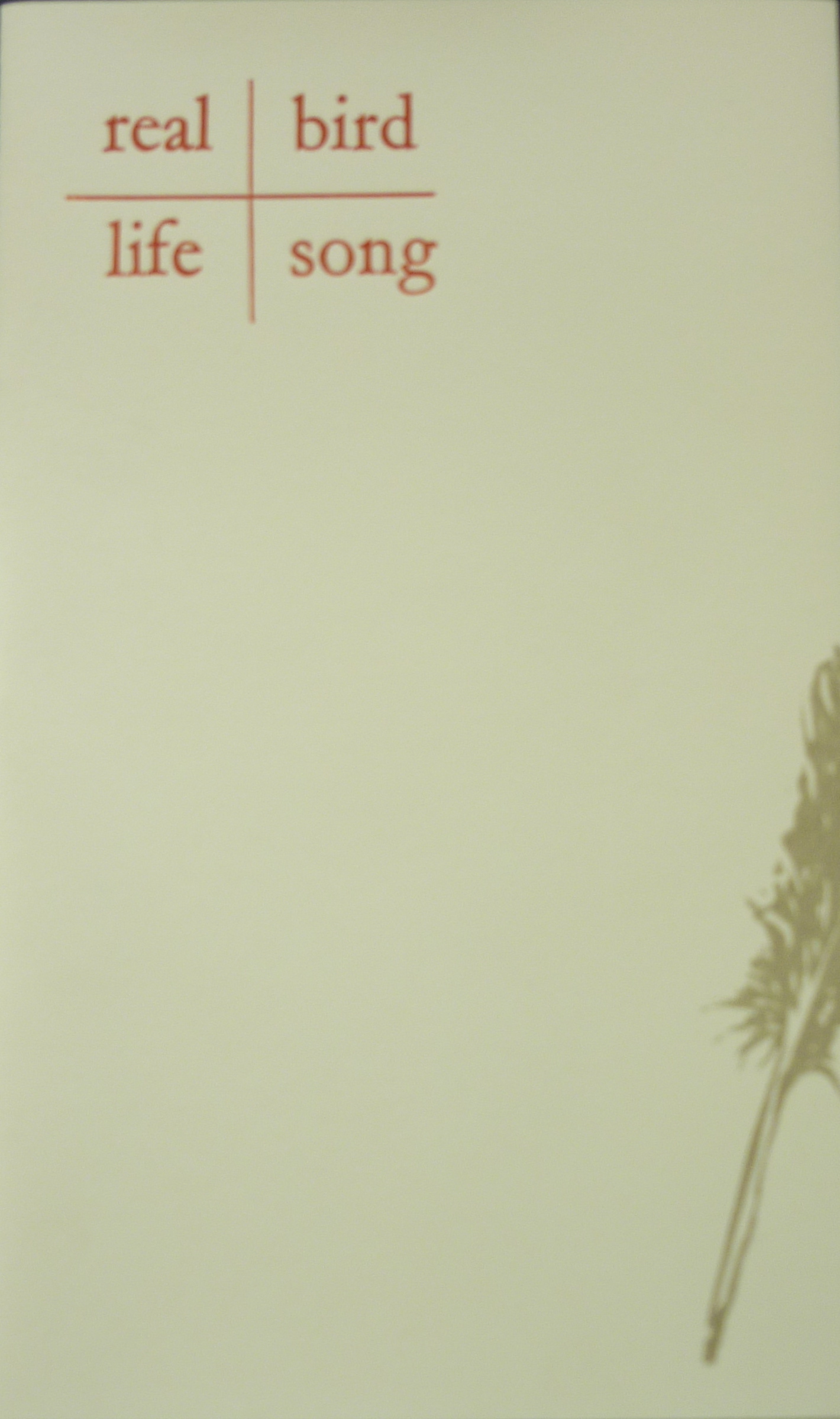 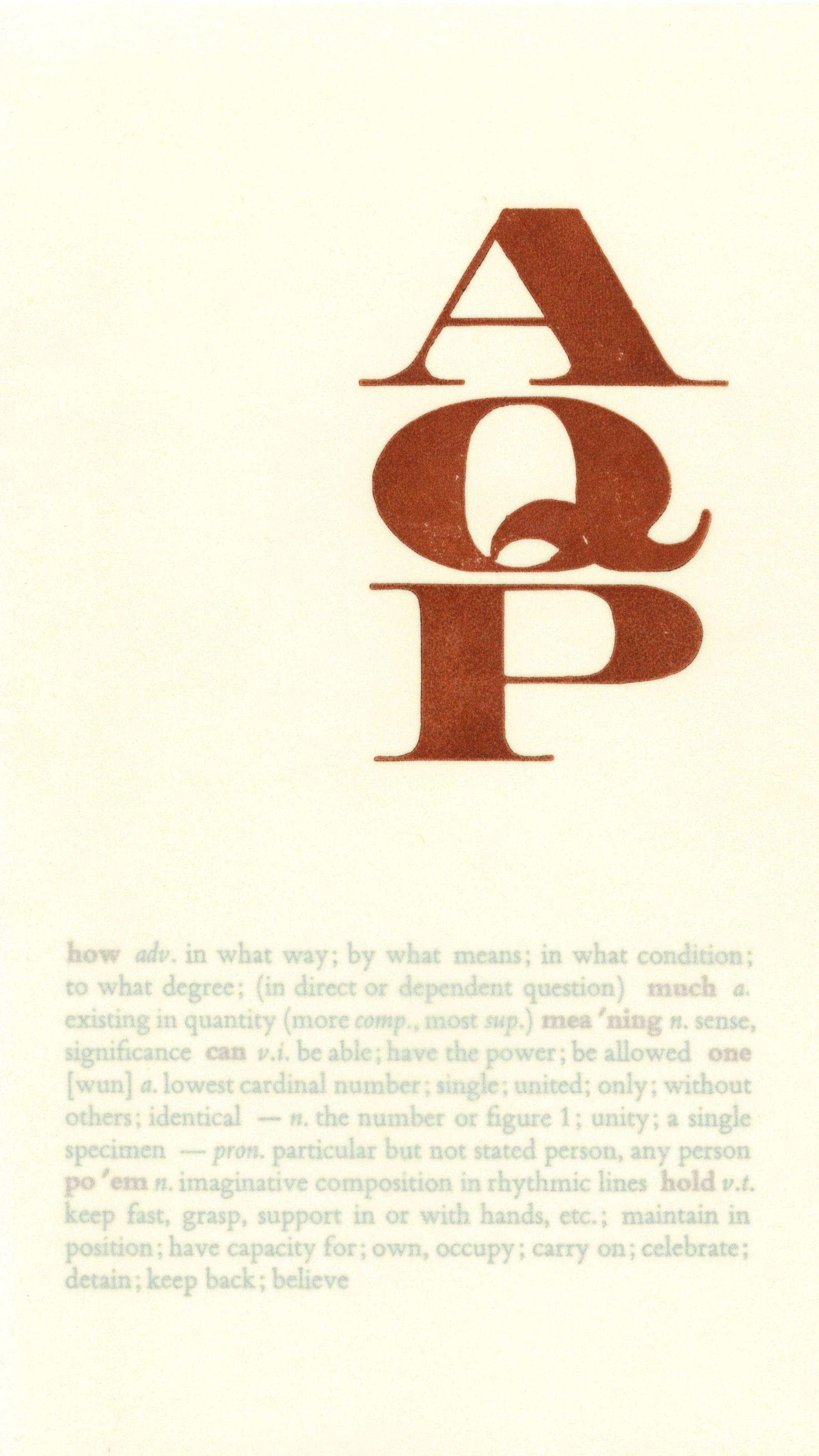 IIML - A question of poetry 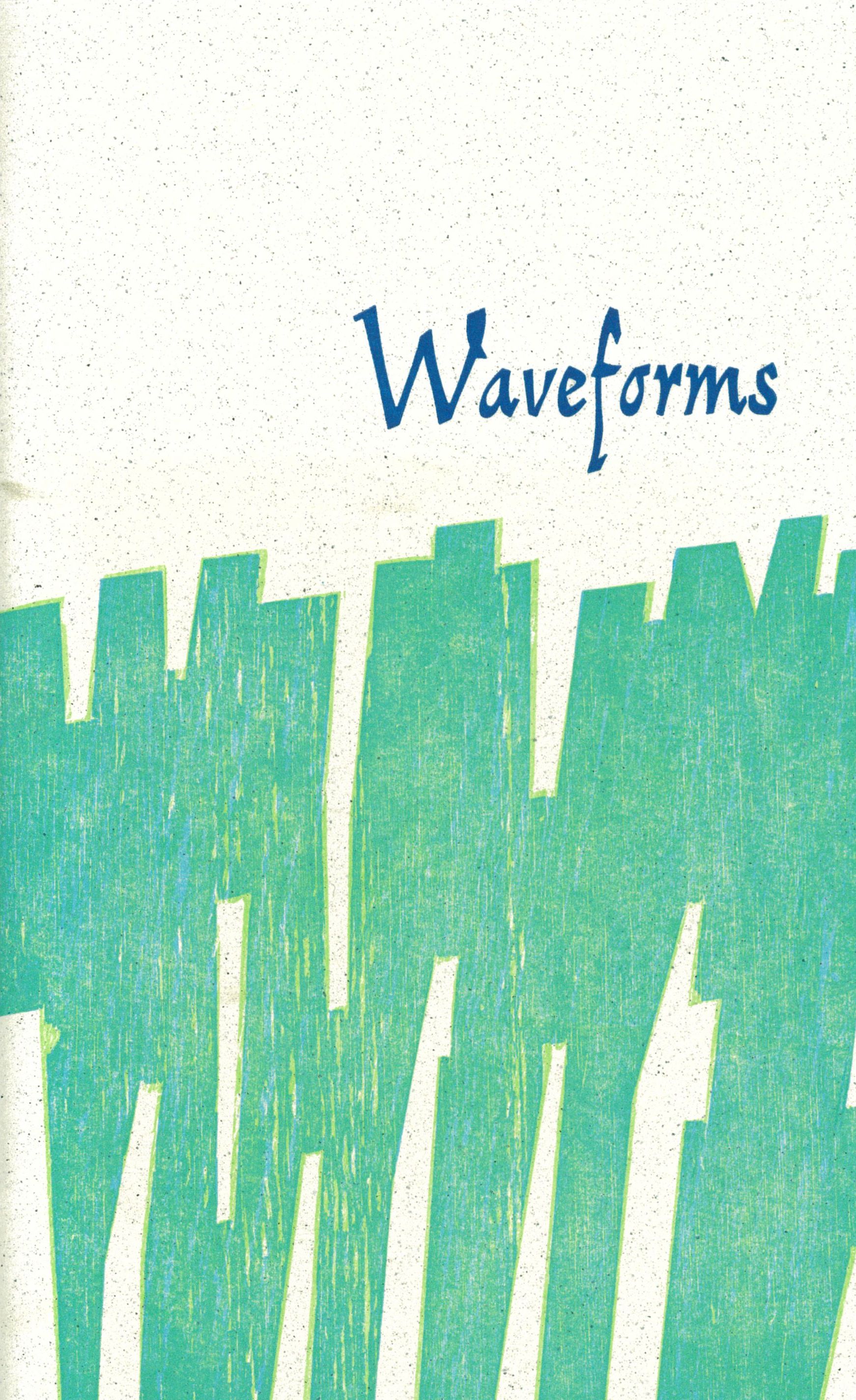 2002: 20pp, written by participants in the spring 2002 poetry workshop at the International Institute of Modern Letters, Victoria University of Wellington, letterpress cover printed by Tara McLeod; 150 copies only, numbered. 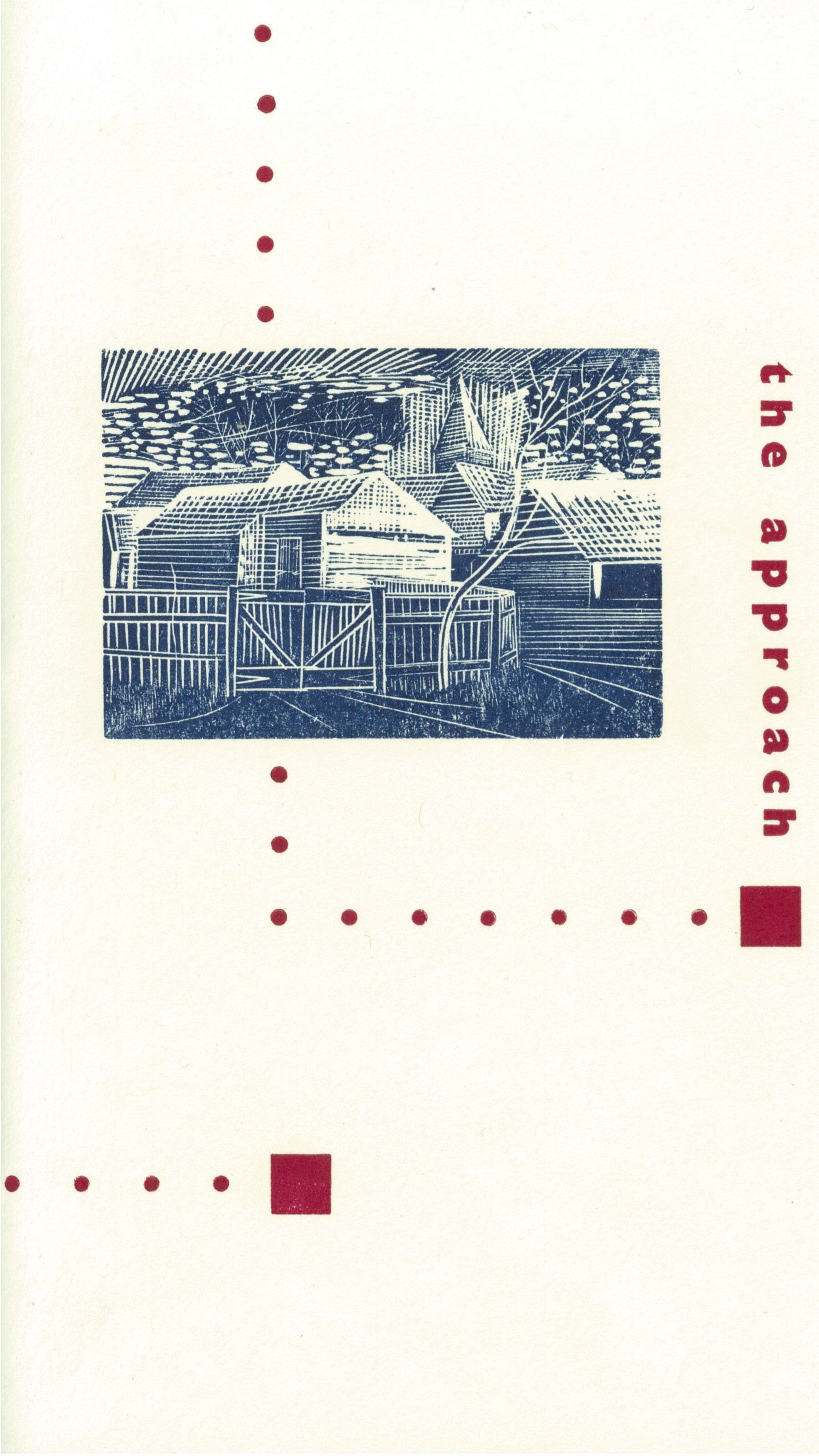 2002: 20pp, produced during January 2002 by members of the poetry workshop at the International Institute of Modern Letters, Victoria University of Wellington, letterpress cover printed by Brendan O'Brien, with original wood engraving by John Drawbridge; 150 copies only, numbered.

2001: 36pp, first poetry volume by this Wellington writer and artist illustrated with a suite of original collographs. 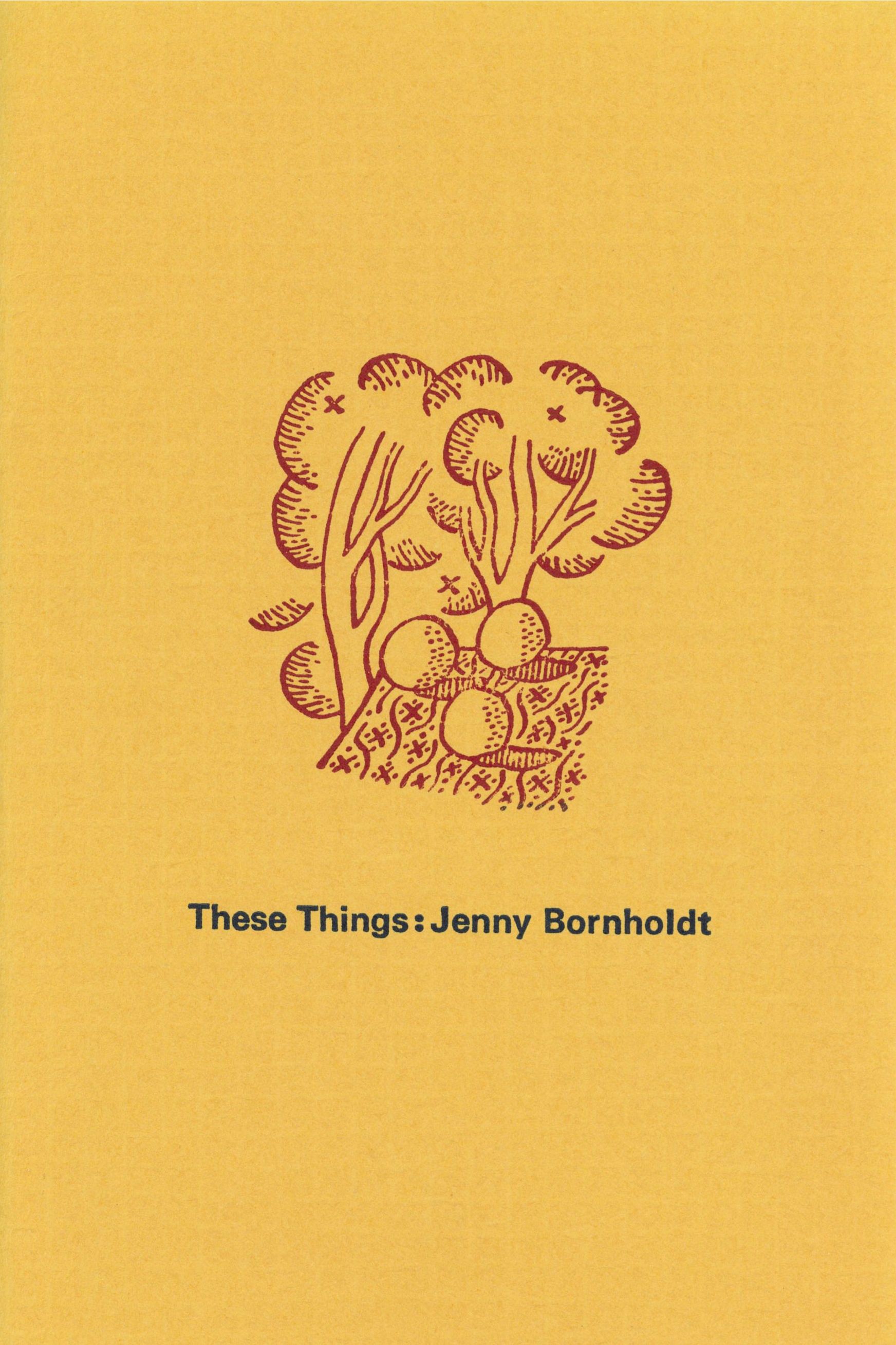 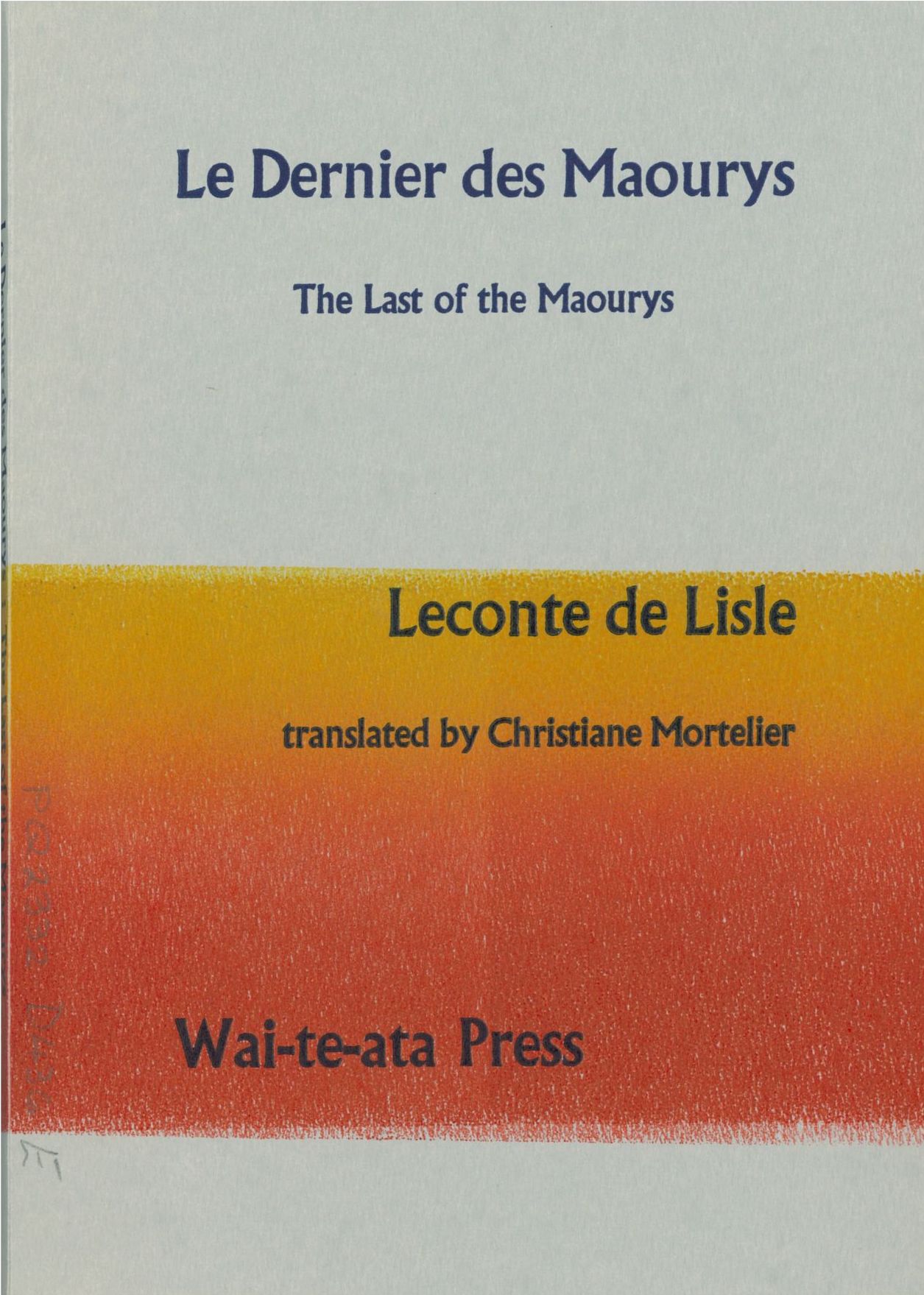 1998: 36pp, a dramatic and historic monologue from the nineteenth century recounting the twilight years of an old Māori chief in the Chatham Islands; French and English with illustrations and letterpress cover.

1996: limited edition perpetual calendar of prose and poetry by 12 writers in Manhire’s 1996 Original Composition class plus special assemblage by Manhire; hand-printed on German etching paper with block by Annora Gollop; 150 numbered copies only.

1996: fold-out poem hand-printed in sepia on German mouldmade paper with wrapper; musings on a journal entry from 1841; limited edition 150 copies; 75 signed by the poet.

1995: 6 hand-printed broadsheets/frameable prints with printed and signed wrapper; poems on love, life and the land; limited edition 100 signed copies only.