For the third consecutive year, Wai-te-ata Press and the School of Languages and Cultures at Victoria University of Wellington — in partnership with the New Zealand Translation Centre International and the New Zealand Society of Translators and Interpreters — invite submissions to Moving Words 2016 with the theme: One Planet, One Humanity: Postcards from New Zealand to the World. 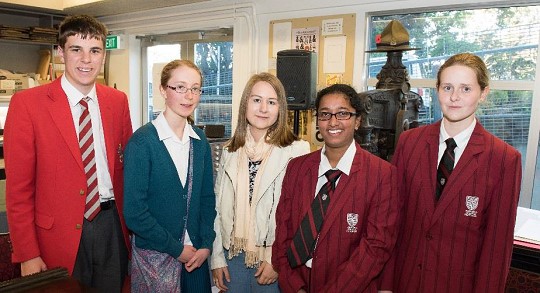 Reflecting New Zealand’s multi-ethnic and multilingual society, this project aims to celebrate literature, languages and cultures in secondary schools and to inspire and reward creativity, critical thinking, and excellence in languages and translation by secondary-level students.

This year’s challenge asks students to create a postcard that communicates both a visual and verbal message to the world about a local or global issue of critical importance to them. The image and texts— which must not have been published previously — should relate to the theme One Planet, One Humanity: Postcards from New Zealand to the World.

Each entry includes one original image on the front of the postcard (landscape format 148x105mm) and two short pieces of text in two different languages on the back. The texts should describe, reflect on, or caption the image and be translations of each other. Students may translate between the official languages of New Zealand: te reo Māori, New Zealand Sign Language (NZSL), or English, or between one of these and any other language. All entries must be the entrants’ own work; collaborative work between two or more students will also be accepted. The word limit for both texts combined is 200 words. If one text is submitted as a video of New Zealand Sign Language, the other text should be no longer than 100 words.

At the closing date for submissions to the competition (October 2016), entrants must be: 1) attending a secondary school, or receiving home schooling at a secondary school level, 2) under 19 years of age; 3) New Zealand residents or citizens. Entry forms will soon be available online and by request. For any inquiry, please do not hesitate to email.

The organizers gratefully acknowledge the practical support and advice of the Ministry of Education, the Ministry of Climate Change Issues, the Office of Ethnic Affairs, the Human Rights Commission, the Sign Language Interpreters Association of New Zealand, and the Embassies and High Commissions of the languages and cultures represented in the contest.