The Embassy of Israel and Wai-te-ata Press have launched "Trains of Thought," a new series of creative conversations.

The Embassy of Israel and Wai-te-ata Press have launched "Trains of Thought," a new series of creative conversations, where words meet space and language meets art.

The launch reception was held at Wai-te-ata Press, Victoria University of Wellington, on Monday 27 June.

Dignitaries from Wellington embassies including the United States, Mexico and Brazil were present, some of whom were part of the 2014 Diplomatic Edition, "World in a Box."

Each guest received a palm-sized, limited edition, double-sided concertina keepsake that mirrors a train journey and is bookended by historic photos of steam trains and travelling. It features the lyrics from Israeli folk song "The Locomotive," by Heim Hefer, translated from Hebrew to English by Charlotte Simmonds. The book forms the first outcome of these creative conversations.

The Ambassador of Israel, Yosef Livne, recounted joyful stories of trains from his childhood and working life, and thanked Victoria University for this fun collaboration. Copies of "The Locomotive" keepsake will be sent to Israel.

Marco Sonzogni, enthusiastic initiator of "Trains of Thought," based at the School of Languages and Cultures Victoria, thanked the Embassy and welcomed other embassies to join the creative conversation on imaginative trains. 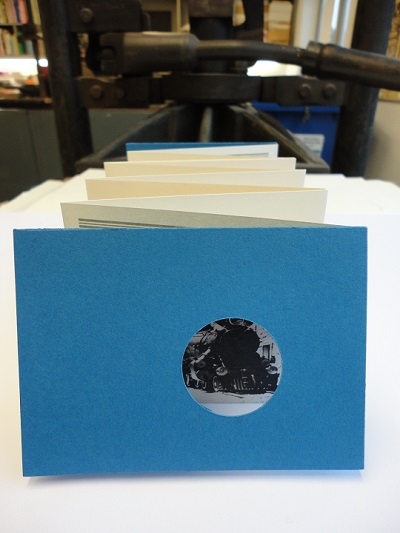