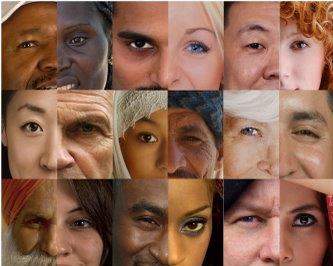 One of the most defining features of the New Zealand national identity is that we see diversity as something to be valued and accepted.

In a lecture given by Professor Colleen Ward of the Centre for Applied Cross-cultural Research Centre in October 2012, Professor Ward presented findings which show New Zealand as one of the most diverse nations in the OECD. We have proportionally more immigrants, ethnicities, languages and varied customs than many other nations.

New Zealand is seen as a multicultural nation, whereas European countries such as France and Germany profess that multiculturalism has failed.

These countries argue that instead of living as integrated multicultural societies, there are emergent ethnic groups leading parallel and separate lives. They say that although there is ethnic diversity in their nations, it does not constitute a multicultural society.

In some ways, these opinions are justified. Professor Ward agrees that simply having a diverse range of people and ethnicities is not enough. However she goes on to say that for multiculturalism to succeed, we need a clearer definition of multiculturalism and what it needs to thrive.

Multiculturalism is in essence ‘integration’—a diverse nation that adapts and grows to form a coherent whole with all people playing an equal part.

Professor Ward presented two criteria that need to be met for multiculturalism to thrive:

1. Migrants need to be allowed to maintain their original culture. This includes things such as keeping their native language, practicing cultural customs, and wearing traditional dress.

2. Migrants should have opportunity to participate equally and freely in the wider society.

In terms of New Zealand society we consistently achieve the first criteria. Results from a survey run by the Centre for Applied Cross-cultural Research show that up to 89% of New Zealanders think it’s a good thing for a society to be made up of different ethnicities, religions and cultures. This shows New Zealand's attitudes towards multiculturalism is positive.

However, the same research showed that support for allowing migrants to fairly and freely participate in the wider society is not as strongly held. Results showed a tendency for the host society to agree to migrants maintaining their own culture as long as there was little need for adjustment by locals. “Yes, you can pray during work hours, but you should be paid less” was an opinion held by over 50% of participants held in a recent survey of 300 voters.

What this suggests is that host communities expect migrants to do all the adapting. That is, unfortunately, not how multiculturalism works. If New Zealand really wants an integrated society, we need to accommodate new migrants and make room for their differences.

New Zealand has the opportunity to follow the lead of countries such as Canada and Australia who are implementing diversity policies which support multicultural development.

Professor Ward recommends New Zealand as a whole focusses on accommodation and education for both new migrants and the host society. As a nation we need to start make space for differences and not depend on often sensationalist media coverage to form our views.