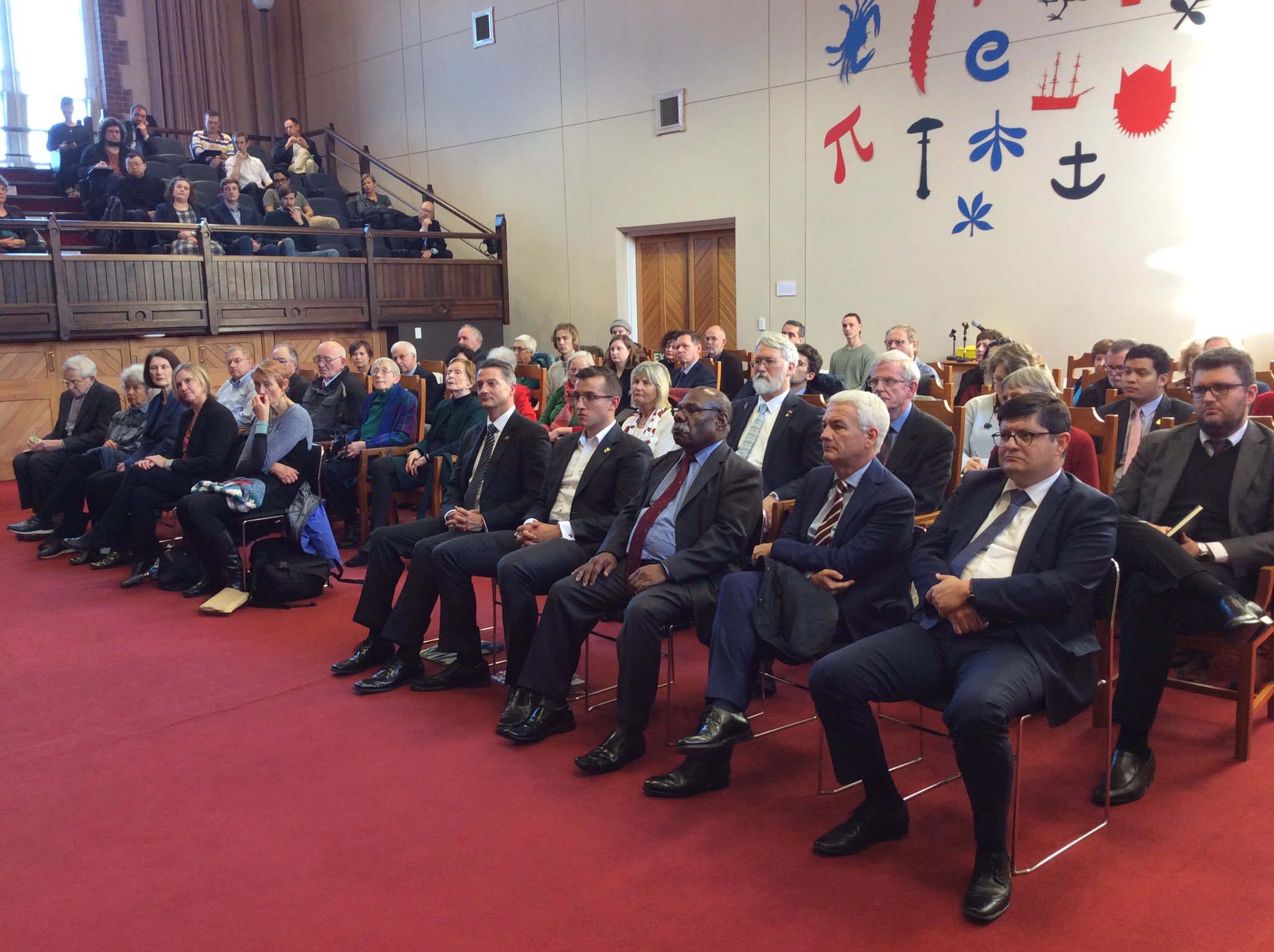 Complementing its usual focus on contemporary strategic affairs, the Centre for Strategic Studies (CSS) co-hosted a well-attended historical presentation on 27 August 2019 to mark the 80th anniversary of the outbreak of World War II. At the invitation of the Embassy of the Republic of Poland in Wellington, the Centre partnered with the Embassy, the New Zealand Holocaust Centre and the University’s History Programme to ensure that this significant anniversary of such a pivotal moment in twentieth-century global history did not go unmarked in New Zealand.

As moderator for the event, Associate Professor David Capie, the CSS Director, launched proceedings by welcoming the diverse audience, which included scholars, students, public servants, diplomats and members of Wellington’s Polish and Jewish communities. Three speakers then offered reflections on differing aspects of the impact and legacies of the war that began with Nazi Germany’s invasion of Poland on 1 September 1939.

Ambassador Zbigniew Gniatkowski provided a Polish perspective on his country’s devastating wartime experience, the ongoing post-war repression of its people under communist rule and its more positive experiences since 1989, with the restoration of democracy allowing Poland to contribute more positively to the building of a peaceful world.

Associate Professor Giacomo Lichtner delivered a moving address on the war’s traumatising but also life-affirming experiences as expressed in first-hand accounts from Poland’s Jewish community, noting that the German occupation and the Holocaust dramatically interrupted the thousand-year-long history of Jews in Poland.

Emeritus Professor Roberto Rabel, a CSS Professorial Fellow spoke about the war’s impact on three levels: the personal, based on his parents’ experience in wartime Poland and Italy; the national, based on the war’s meaning for New Zealand; and the global consequences, including the building of a post-war world order based on norms, rules and institutions intended to avert repeating the catastrophic breakdown of international order that World War II represented.

Click here for full texts of all three addresses.

As part of the commemorative event, the Polish Embassy provided participants with the opportunity to view an exhibition entitled "Fighting and Suffering", prepared by the Museum of the Second World War in Gdańsk, together with the Ministry of Foreign Affairs of the Republic of Poland. The exhibition drew great interest from those in attendance.