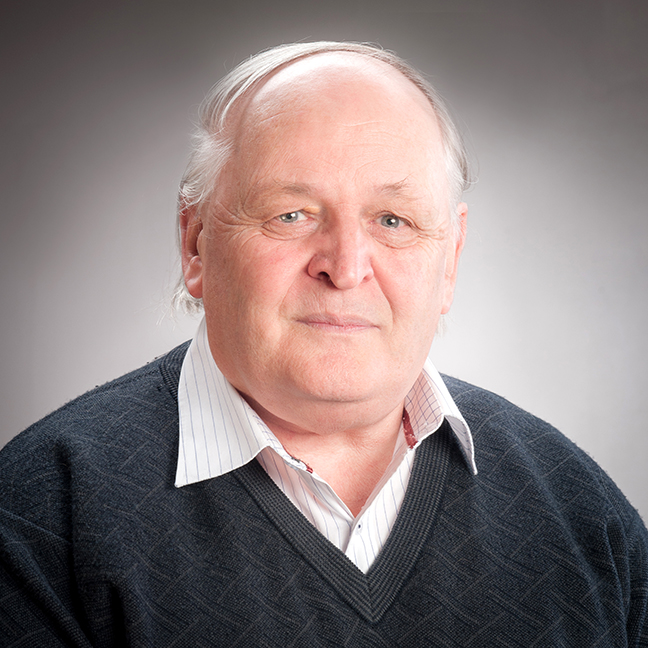 Dr Brad Patterson was the 2010 William Ferguson Massey Fellow, based at Massey

University Wellington. He has had a long association with the Stout Research Centre as a resident, a staff member, and as founding Director of the Irish-Scottish Studies Programme. Brad has taught widely in New Zealand tertiary education, punctuated by spells in the public service.

Brad’s current research is largely focused on the Irish and Scottish diasporas in New Zealand and Australia. During the term of his Fellowship he worked on planned Ulster migration to New Zealand, with particular reference to three North Island settlements. Alongside, he is developing a study of migration to New Zealand from Ireland’s south-west counties. As part of a team, he is bringing to completion a major Marsden financed study of New Zealand’s Scottish migrants. Recent major edited publications include The Irish in New Zealand: Historical Contexts & Perspectives (2002), Ulster-New Zealand Migration and Cultural Transfers (2006) and Ireland and the Irish Antipodes: One World or Worlds Apart? (2010). A collection on New Zealand’s Scots migrants Scots Abroad: The New Zealand Scots in International Perspective is in press. A member of the advisory boards of a number of international journals (including Irish Studies Review, Journal of Irish and Scottish Studies and Australasian Journal of Irish Studies), Brad is vice-president of the Irish Studies Association of Australia and New Zealand.

(with Richard S Hill and Kathryn Patterson, eds) After the Treaty: The Settler State, Race Relations and the Exercise of Power in Colonial New Zealand, Wellington: Steele Roberts Aotearoa, 2016, 356pp.

‘”Unquestionably one of the most efficient branches of the Civil Service”: Theophilus Heale and the Inspectorate of Surveys, 1867-1876’, in Brad Patterson, Richard S Hill and Kathryn Patterson (eds) After the Treaty: The Settler State, Race Relations and the Exercise of Power in Colonial New Zealand, Wellington: Steele Roberts Aotearoa, 2016, pp 228-62

‘We stand for the Protestant religion, the (Protestant) King and the Empire’: The Rise of the Protestant Political Association in World War One’, in Steven Loveridge (ed.) New Zealand Society at War 1914-1918, Wellington: Victoria University Press, 2016, pp 235-51.

'"It is curious how keenly allied in character are the Scotch Highlander and theMaori":  Encounters in a New Zealand Colonial Settlement', in David A Wilson and Graeme Morton (eds) Irish and Scottish Encounters with Indigenous Peoples, Montreal and Kingston: McGill-Queen's University Press, 2013, 144-69.

'"A class equal to any for making prosperous colonists...": Ulster Protestant migrants in  the Antipodes', in Pamela O'Neill (ed) Celts in Legend and Reality, Series in Celtic Studies 9, Sydney: University of Sydney, 2010, pp 415-43.

'" It is curious how keenly allied in character are the Scotch Highlander and the Maori": Encounters in a New Zealand Colonial Settlement', Journal of Irish and Scottish Studies, 4(1), Autumn  2010, pp163-184.

‘“The small farmer class must be encouraged”: Ulster Influences and the New Zealand Land Reform Movement to 1914’, in Brad Patterson (ed),  From Ulster to New Ulster, Coleraine: Institute of Ulster Scots Studies, University of Ulster, 2004, pp 51-74.

‘A “half Australian, half American” sort of town: The economic foundations of nineteenth-century Wellington’, in Jack McConchie et al (eds), Dynamic Wellington: A Contemporary Synthesis and Explanation of Wellington, Wellington: Institute of Geography, 2000, pp 179-200.