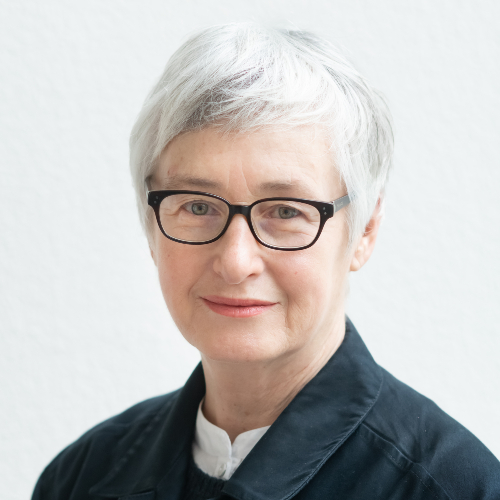 Christina’s research, teaching and curatorial practice focus on her interest in post-1960s’ New Zealand art; draw on her knowledge of contemporary art and theory, and build on her ambition to create a variety of platforms for thinking about art and its histories.

She has gained her knowledge from many years of first-hand contact with the New Zealand and international art scene, through her work as an academic, as a curator working in public art museums in Wellington and Auckland, and as a writer and commentator.

After completing her MA thesis in 1987 on the history of post-object art in New Zealand (1969-1979), Christina took up a position as research assistant at the Auckland Art Gallery Research Library.

This inaugurated a career as a curator in art galleries that has seen her realising various exhibitions and publications in her capacity as Assistant Curator at Auckland Art Gallery (1988–1992) and as Curator of Contemporary New Zealand Art at the Museum of New Zealand Te Papa Tongarewa in Wellington (1992–1994), as well as independently for various galleries both in New Zealand and Australia.

In 1995 she took up a teaching position in Art History at Victoria University of Wellington. She taught full-time here until 2007, at all levels and across a range of topics, but especially in her specialist subject: New Zealand art.

In April 2007 Christina was appointed Director of the Adam Art Gallery, Victoria University of Wellington’s custom-built gallery which runs a programme of exhibitions and manages the University’s Art Collection. In this capacity she brings the academic and curatorial strands of her career together, and has developed the gallery as a key platform for teaching and research.

Christina remains active beyond the university as a writer and commentator on contemporary art.

Billy Apple: The Artist Has to Live Like Everybody Else, Auckland Art Gallery, Auckland, 14 March–21 June 2015.

Kim Pieters: What Is a Life?, edited and with an introduction by Christina Barton, Adam Art Gallery, Wellington, 2014.

Reading Room: A Journal of Art and Culture, no 1, 2007 (co-editor of new refereed journal with Wystan Curnow and Robert Leonard) [183pp]

Chapters or sections in books

‘The Art of Interruption or Sculpture to Bump into’, Wandering Lines: Towards a New Culture of Space, 2008 Scape Christchurch Biennial of Art in Public Space, eds Fulya Erdemci and Danae Mossman,

'“What was directly lived has moved away into a representation” - Photography and Post Object Art' in Action Replay: Postscript, Auckland: Artspace, 2000, pp 22-39

‘Postcards from the Edge: An Exchange with David Clegg’ in David Clegg: To Collect or Exchange, New Plymouth: Govett-Brewster Art Gallery,1996 (2pp)

‘Action/Event/Document: Reconsidering the Monument’ One Day Sculpture Project Forum: ‘Between Moments and Monuments: Considering the Future of Contemporary Sculpture in the Public Realm’, Wellington, 8 March 2008

‘In and Out of Sight/Site: Jim Allen and the World Picture’, Santiago Gathering, South Project, Santiago Chile, 3 October 2006 (Published on line at: http://www.southproject.org/ Santiago/Biographies/Barton_paper.htm)