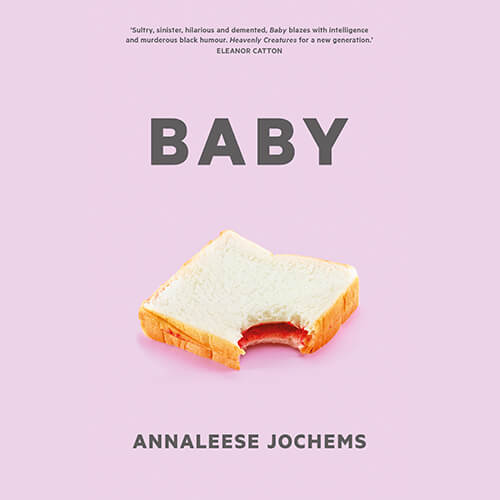 Baby is set in the Bay of Islands and is centred around the chaotic Cynthia who steals money and runs away with her fitness instructor Anahera to live on a boat named Baby.

Annaleese says she always loved the frankness of genre fiction, which is why Baby is a psychological thriller.

“I like art that is forthright about the way it wants me to feel. Basic Instinct, one of my favourite films, is about a very sexy lady novelist who kills men with ice picks. I think fiction writers are often too coy and clever to deliver the sort of fun I look for.”

Cynthia is a contradictory character with a penchant for reality TV. Annaleese insists she is a moral actor, despite some of her malicious behaviour.

“I think Cynthia has a moral compass but like anyone she doles her empathy out in different measures to different people, depending on her position in relation to them. In the book she comes to feel that extreme action is required, and she’s willing to take it.”

Just 23 years of age, Annaleese grew up in rural Northland. Her mother was one of her early readers, giving her encouraging feedback.

“I decided I wanted to become a writer when I was about 14, because I was solitary and melancholic and I wanted those things to mean something.”

Baby has attracted some favourable pre-reviews including one from Eleanor Catton who said “Baby blazes with intelligence and murderous black humour. Heavenly Creatures for a new generation.”