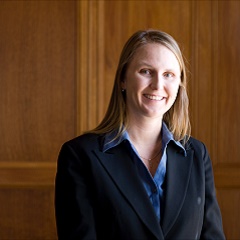 Lisa Ramsey is a Professor of Law at the University of San Diego School of Law, where she is a founding member of the Center for Intellectual Property Law and Markets. She teaches and writes in the areas of trademark law, intellectual property, and international intellectual property. Her scholarship focuses on the potential conflict between trademark rights and free expression in national and international laws. Professor Ramsey’s publications include A Free Speech Right to Trademark Protection?, 106 Trademark Reporter 797 (2016); Reconciling Trademark Rights and Free Expression Locally and Globally, in International Intellectual Property: A Handbook of Contemporary Research 341 (Daniel Gervais ed. 2015); Mechanisms for Limiting Trade Mark Rights to Further Competition and Free Speech, 44 International Review of Intellectual Property and Competition Law 671 (2013) (with Jens Schovsbo); Free Speech and International Obligations to Protect Trademarks, 35 Yale J. Int'l L. 405 (2010); Brandjacking on Social Networks: Trademark Infringement By Impersonation of Markholders, 58 Buff. L. Rev. 851 (2010); and Increasing First Amendment Scrutiny of Trademark Law, 61 SMU L. Rev. 381 (2008). Before joining the University of San Diego law faculty, Professor Ramsey was an intellectual property litigator for several years in San Diego, California. 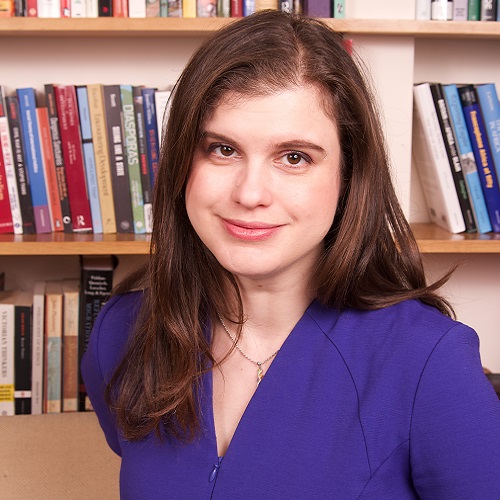 Dr Barbara Lauriat, from King's College London, teaches and conducts research on intellectual property law subjects. She is a Research Fellow of the Oxford Intellectual Property Research Centre (OIPRC) in the University of Oxford Law Faculty, and she teaches as an Adjunct Professor on the faculty of the Notre Dame London Law Centre. She was an Academic Fellow of the Honourable Society of the Inner Temple from 2013-2016 and is now an Associate Academic Fellow. She serves on the editorial board of Arbitration International and the King’s Law Journal and is the academic consultant for Copinger & Skone James on Copyright.

Before joining King’s she was the Career Development Fellow in Intellectual Property Law at the University of Oxford and a Fellow of St. Catherine’s College, Oxford. She has also spent time as a Visiting Scholar at the University of British Columbia, as a Hauser Global Research Fellow at New York University School of Law.

Dr Lauriat holds an AA from Mount Wachusett Community College, a BA and JD from Boston University, where she served as an editor on the Boston University Law Review, and a DPhil on the subject of the 1878 Royal Commission on Copyright from Balliol College, Oxford, where she was General Editor (Editor-in-Chief) of the Oxford University Commonwealth Law Journal. 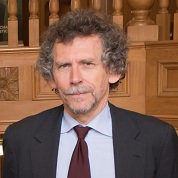 Gary Born clerked for Justice Friendly, US Court of Appeals 2nd Circuit and Justice Rehnquist at the Supreme Court and is the Chair of the 70-person international arbitration practice group at US law firm Wilmer Cutler Pickering Hale and Dorr LLP, based in London. He is uniformly ranked by Euromoney, Chambers, Legal 500 and Global Counsel as one of the leading practitioners in the field. He is one of only two lawyers in the world, and the only lawyer in London, to receive global "starred" status in Chambers rankings for international arbitration. He was appointed President of the Singapore International Arbitration Centre (SIAC) Court of Arbitration.

Gary is the author of a number of leading works and numerous articles on international arbitration,  international litigation and other forms of dispute resolution. This includes International Commercial Arbitration (2nd ed, Kluwer, 2014), the leading treatise in the field, which has received the American Society of International Law's Certificate of Merit for High Technical Craftsmanship and OGEMID's Book of the Year award for the 1st edition in 2009. He holds an appointment as an Honorary Professor of Law at the University of St. Gallen and has taught regularly at renowned universities around the world, including Harvard Law School, University of Pennsylvania Law School, Stanford Law School, National University of Singapore, Tsinghua University School of Law and University College London.

While in New Zealand Gary discussed his initiative: a Bilateral Arbitration Treaty regime. This is aimed at addressing the adverse consequences that some businesses are facing because of the structure of the international litigation system, which is all too often time-consuming, expensive and inefficient. At the moment, when businesses negotiate a cross-border contract, they can choose between agreeing to cross-border litigation, international arbitration, or international commercial mediation. However, that requires a willing counterpart. If the parties do not agree on a dispute resolution process, international litigation is the default.  Many businesses do not agree on a way to resolve disputes and, when they do, the agreed dispute resolution clause is often invalid or wide open to interpretation. This happens even during high-stakes negotiations when businesses have  extensive legal advice. The consequence is that businesses are getting caught up in unwanted, unfamiliar, and unfavourable litigation in foreign courts. In addition, foreign judgments can be difficult to enforce.

Gary’s proposed Bilateral Arbitration Treaty regime, or BAT would ameliorate these difficulties. Based on international arbitration principles, the BAT is a treaty that would operate between New Zealand and other states. The BAT would replace international litigation as the default dispute resolution regime between the treaty parties. However, businesses are free to opt out of the BAT regime. The BAT incorporates the neutral principles of international arbitration and makes the most of its flexibility. Businesses are free to choose the procedure to solve their dispute under the BAT. Importantly, the BAT will allow for the likely enforcement of awards in the Treaty states.

See other Gary Born events in Wellington and Auckland.