Award-winning economist Norman Gemmell’s research aims to create tools to analyse and predict how people will respond to tax and welfare changes.

Professor Norman Gemmell has a question for you.

Now imagine this top tax rate were almost doubled to 60 cents in the dollar. If you keep earning $75,000, you would pay an extra $1,350 in tax, raising your average tax rate by less than two cents to 23 percent.

But for every dollar you earn over $70,000, you now only get to take home 40 cents. Would you work overtime if you got to keep just 40 cents of every dollar earned instead of 67 cents? And, of course, if earning more also meant losing payments like family tax credits, you could end up effectively with less than 40 cents per dollar.

Scenarios such as this—and the ways they might play out—are at the heart of a research project being led by Professor Gemmell, inaugural Chair in Public Finance at Wellington School of Business and Government.

The project, which received $600,000 over three years in the Ministry of Business, Innovation and Employment’s 2016 Endeavour Fund investment round, aims to develop tools to analyse how people behave in response to tax and welfare changes and thereby help policy advisers take these effects into account to more accurately predict government revenue.

It is an international collaboration that involves tax and computer-modelling experts from New Zealand, Australia, and the United Kingdom, including Professor Gemmell’s colleague Professor John Creedy. The tools it aims to develop would be used in all three countries.

The project is one of Professor Gemmell’s many strands of work as Chair in Public Finance, a position established in 2011 to build expertise in public finance and promote research, debate, policy analysis, and advice on public finance matters.

The Chair is currently sponsored by Victoria University of Wellington, Inland Revenue, the Ministry of Education, the Treasury, and the New Zealand Productivity Commission.

In 2012, he won the New Zealand Institute of Economic Research’s New Zealand Economist of the Year Award for his “outstanding contributions to the advancement of economics and its applications in New Zealand”.

Professor Gemmell used the top tax rate scenario at the start of this profile in an article for The Dominion Post, one of many he has written for media, including the New Zealand Herald and the National Business Review.

He regards such articles as an opportunity to dismantle politically charged arguments and shine an impartial light on the facts.

“To my mind, that’s what an academic should be doing,” he says. “You should be contributing to important issues but you should not be tarnished by entrenched views. But where you can see a view has more merit, you shouldn’t be afraid to say so.”

While Professor Gemmell is widely cited internationally, and has had papers published in prestigious journals such as the American Economic Review, the Economic Journa,l and the Journal of Public Economics, he thinks it important to be able to talk to non-economists too.

“Whether it’s people who think we should have a sugar tax or Ministers wanting to get the pros and cons of a particular policy, they don’t want to be shown equations or given Greek symbols or whatever it might be. But there are important messages that underlay these models, so one of the skills I can bring to bear is to say you don’t need to know the technicalities but this is what it implies in non-technical language.”

Economics entered Professor Gemmell’s life when he was a 16-year-old who had recently moved from his native Scotland to England. Choosing the three A-level subjects he would study in sixth form at his new school, he was intent on maths, geography, and English, until he spoke to a career adviser.

“He said to me, ‘It looks like you’re pretty decent at the maths side, and you’re clearly interested in the social geography and arts side, have you thought about economics?’ I said, ‘No.’ He said, ‘Well, economics fits neatly between the arts and the sciences as a social science.’

“I thought about it and thought, ‘Why not?’ So I did maths, economics, and English. As soon as I did economics, I just knew I really enjoyed this subject. There was the communication side where you had to write well and the mathematical logical analysis side that I realised subsequently was clearly where my mind naturally went. That’s when I thought, ‘I’ll go to university and do economics.’ And it went from there.”

In 2003, Professor Gemmell left academia to be Assistant Director in the Analysis Department of HM Revenue & Customs, moving to Wellington in 2007 as Principal Adviser of Tax Strategy at the New Zealand Treasury and in 2010 becoming the Treasury’s inaugural Chief Economist.

At the Treasury, he helped initiate and organise the 2009 Victoria University of Wellington conference on tax reform and the subsequent Tax Working Group whose report led to major tax reforms in the 2010 Budget.

He also set up the Government Economics Network to build economic capability throughout the public sector and thereby improve the quality of economic advice.

In 2011, however, the business school's newly created Chair in Public Finance proved too tempting to resist.

“Academia has always been my first love,” he says, “and for an academic a research-focused position such as this is the Holy Grail.”

Professor Gemmell’s affinity for academia was confirmed for him in the 1990s when he briefly wavered in his commitment and visited a career counsellor.

“What became apparent was what I’m good at and what I enjoy is anything that’s got an analytical element and is research related. I like to delve, break up the problem into its component parts and see if we can understand it better. I think if I’d been a better scientist I might have been an engineer. Economics is often thought of as engineering for social scientists. For economists, it’s typically about understanding the theory but then making sure you can put it into practice.” 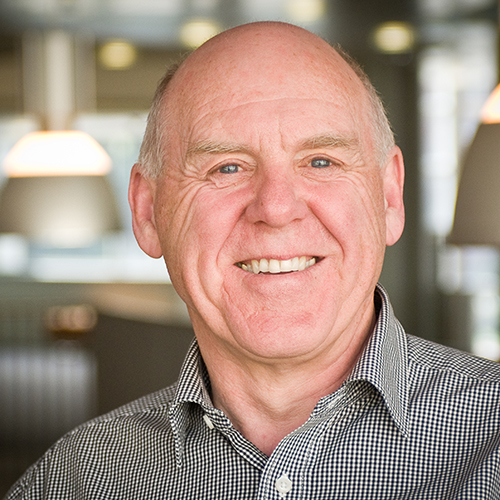 School of Accounting and Commercial Law