The World in a Box 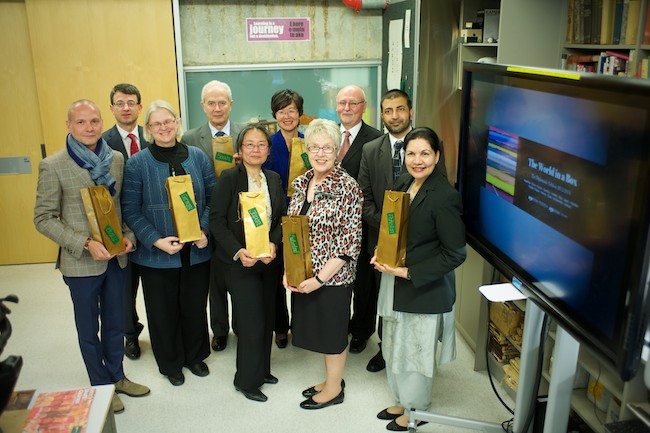 Called ‘The World in a Box’, the event launched a boxed set (The Diplomatic Edition (2012-2014)) of 15 individually designed and hand bound poetry keepsakes by eminent writers from around the world in their original language and translated into English and Māori by local and international translators. Among the notable authors represented are Czeslaw Milosz, Rose Ausländer, Seamus Heaney, Li Bai, Vladimir Nabokov and Muhammad Iqbal.Translators include Edith Grossman, Michael Hofmann, John Balaban, and Edwina Palmer.

The poems were largely selected in conversation with local ambassadors and high commissioners from Argentina, China, France, Germany, Ireland, Italy, Japan, Pakistan, Poland, Russia, Samoa, Spain, Switzerland and Vietnam. Each book’s design features a hybrid of letterpress and digital printing, and visually responds to each individual poem, with illustrators and paper engineers contributing to the final product. 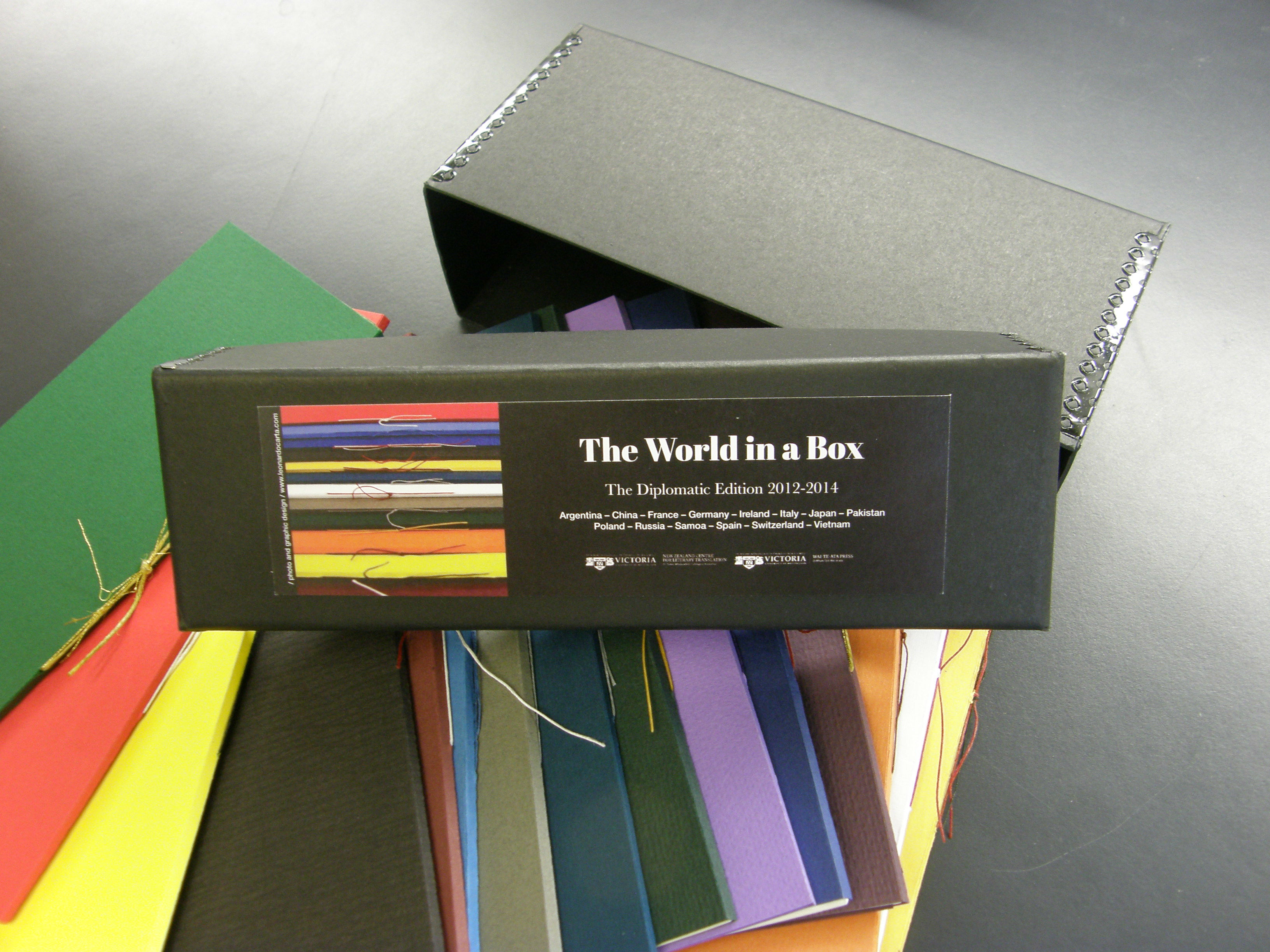 Co-directors Dr Sydney Shep and Dr Marco Sonzogni say that the project profiles the expansive nature of translation and reflects the distinctive work that Victoria University undertakes with the embassies and the wider ethnic communities they represent. “It also taps into the enormous creative capital present in the city and in the country.”

Some titles are already well-travelled. The French/Samoan edition was showcased in Samoa for the 75th anniversary of independence celebrations in 2012 and presented to local and foreign dignitaries, and the German title was exhibited at the Frankfurt Book Fair in 2012 when NZ was guest of honour.

The World in a Box was launched in the presence of members of the diplomatic corps and hosted by Provost Professor Neil Quigley, Pro Vice- Chancellor (International) Professor Roberto Rabel and Chancellor Ian McKinnon. An exhibition of the boxed set continues on Level 0 foyer outside Wai-te-ata Press, Rankine Brown Building.

Plans are underway for the next project to commence in 2015.