A technology that involves users signing up to receive marketing messages from local businesses is likely to reach our shores soon, according to VBS researcher Dr James Richard. 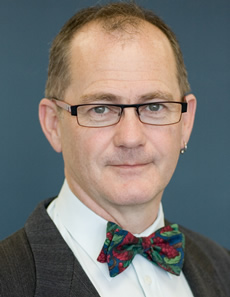 You're walking down Courtenay Place and your phone beeps as you approach your favourite bar: 'Two for one drinks for one hour only', the message reads.

This could be our future, according to researchers Dr James Richard, PhD Director – Marketing at Victoria’s School of Marketing and International Business and then postgraduate student Paul Meuli.

A technology that is gaining popularity in Europe and North America, permission-based location-aware mobile advertising (PBLAMA), which involves users signing up to receive marketing messages from local businesses, is likely to reach our shores soon, says Dr Richard.

The two researchers surveyed 260 undergraduate students from New Zealand aged between 20 and 24 to find out what would motivate them to sign up, with somewhat surprising results.

Out of the eight influencing factors that survey respondents were asked to rank in order of preference 'entertainment' came out as the number one influencer.

"I expected incentives such as discounts or two for one deals to be at the top, but, while important, it actually was fourth on the list," he says.

"Young people felt that if they were going to have ads pop up on their mobile phones they needed to be entertaining. This might include interactivity such as games or fun applications.

"Second, they wanted their friends to think it was cool, so clearly a marketer would need to focus their promotion accordingly.

"Next up, they wanted the message to be informative, so it would be important to ensure that any messages are up-to-date, convenient and accurate."

The research also indicated that the messaging needs to be portrayed as attractive, not only to the individual who is planning to use it, but to the referent people surrounding that individual.

"So if you were to market PBLAMA, any advertising should show more than one person using the technology to show that 'everybody’s doing it'."

Perhaps not surprisingly, irritating' messages featured at the bottom of the list, and Dr Richards expects the research will be useful to any business looking to adopt PBLAMA as a marketing tool to young people.