Guiding the debate through evidence and advocacy

Helping policy makers and politicians come to decisions that are informed by evidence is a key role for academics says Criminology Professor Elizabeth Stanley.

Her research and expertise have done just that, informing and driving action to address historical abuse of children in state care through a Royal Commission of Inquiry.

It was in 2016 at the launch of Professor Stanley’s book “The Road to Hell: State Violence against Children in Postwar New Zealand” that then Opposition Spokesperson for Children Jacinda Adern committed to launching an inquiry. The pledge made it onto Labour’s 100-day plan when it was elected into Government the following year.

Since the Royal Commission was formed, Professor Stanley has worn a range of hats—advising Ministers and policy makers, supporting survivors of state abuse, and keeping the issue front of mind through the media.

In early 2018, she co-convened a hui to consult on the draft terms of reference for the Royal Commission, bringing together more than 50 survivors, activists, academics, professionals and community leaders. She will be giving evidence at the first public hearing of the inquiry in late 2019 to provide context that the inquiry will explore in more detail over the next few years.

Professor Stanley says public engagement is a constant and vital part of working in criminological research.

“The nature of what we do means we spend a lot of our time engaging in the community, training judges, training police officers. We’re approached by policy makers for advice and insight, and we get contacted by survivors and victims, by offenders, and their families for support.”

She says it’s what makes her research real.

“It’s the public conscious stuff. For me, with the state care issues, there’s obviously also an element of activism in the work I’m doing. Which is similar for my colleagues.”

Professor Stanley cites the open letter to Government she and colleague Dr Liam Martin wrote against a proposal to build a ‘mega’ prison in the Waikato in 2018, signed by 30 of their fellow criminologists.

“To have most of the academics in this area coming together and saying ‘this isn’t a good idea, we should do something else gave him space for political decision making.”

The plan was later scrapped with the Government announcing an overhaul of New Zealand’s criminal justice system to tackle the rising prison population. 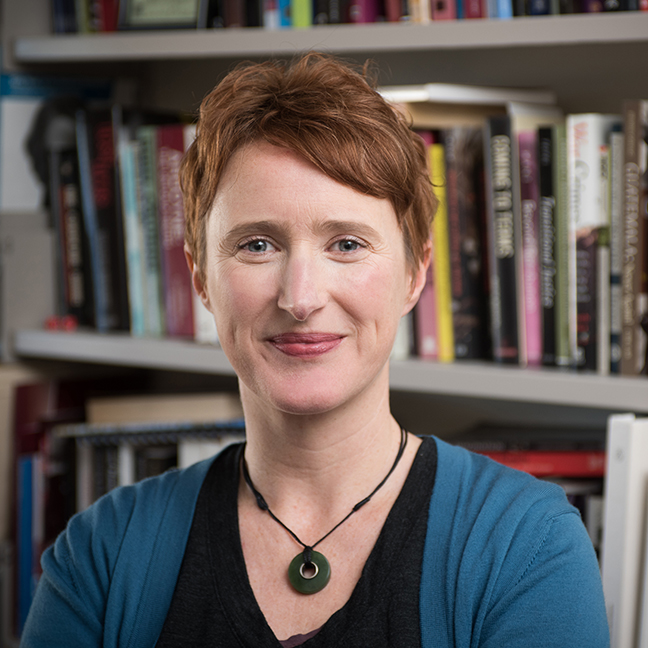 Deputy Head of School
School of Social and Cultural Studies