View recent publications by staff in the School of Languages and Cultures.

In Fusion of East and West, Dr Limin Bai presents a major work in the English language that focuses on Chinese textbooks and the education of children for a new China in a critical transitional period, 1902–1915.

About the author: Dr Limin Bai 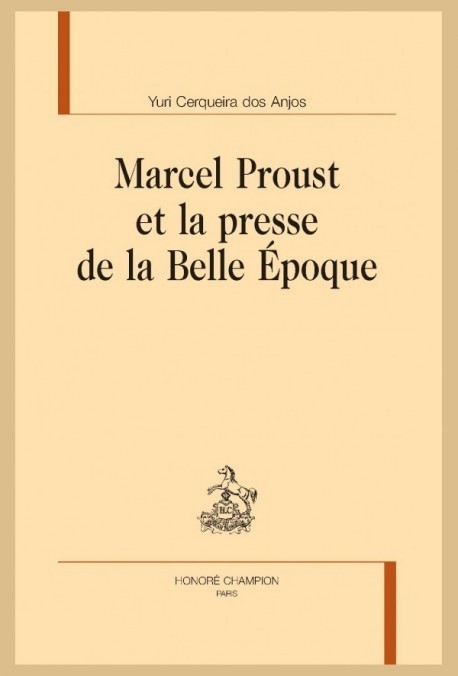 In this book, Yuri Cerqueira dos Anjos analyses the journalistic writings of Marcel Proust through the lens of three key concepts: ethos, poetics and imaginary. He argues that those writings are deeply connected to the media context of the French Belle Epoque and that they are much more than simply preparatory works preceding Proust's most famous work, the great novel A La Recherche du temps perdu. The essays, chronicles, short texts, and fiction that the Proust published in newspapers and magazines can be read as fully journalistic texts. Proust's journalistic production is not only a consequence of the "civilisation of the press" that characterizes 19th-20th century France, but also an important window for understanding the multiple aspects of this fertile period in French cultural history.

Making Mesopotamia: Geography and Empire in a Romano-Iranian Borderland

In Making Mesopotamia: Geography and Empire in a Romano-Iranian Borderland, Hamish Cameron examines the representation of the Mesopotamian Borderland in the geographical writing of Strabo, Pliny the Elder, Claudius Ptolemy, the anonymous Expositio Totius Mundi, and Ammianus Marcellinus.

About the author: Dr Hamish Cameron

Blood on the Table 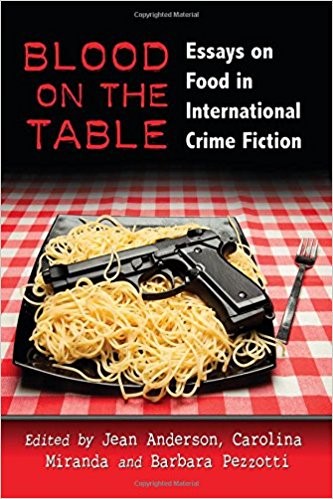 Their most recent volume is Blood on the Table: Essays on Food in International Crime Fiction (McFarland, 2018), which came out in April 2017. This book, the first to focus explicitly on the semiotics of food in crime fiction from a multicultural and interdisciplinary perspective, includes studies on Anthony Bourdain, Arthur Upfield, Sara Paretsky, Andrea Camilleri, Fred Vargas, Ruth Rendell, Stieg Larsson, Leonardo Padura, Georges Simenon, Paco Ignacio Taibo II, and Donna Leon, as well as television productions.

Their current project, which they are co-writing, focuses on the complex figure of the defective detective.

About the editors: AProf Jean Anderson and Dr Carolina Miranda 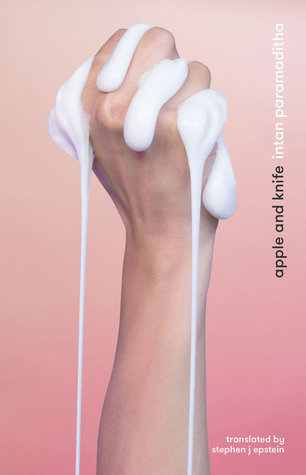 Inspired by horror fiction, myths and fairy tales, Apple and Knife is an unsettling ride that swerves into the supernatural to explore the dangers and power of occupying a female body in today’s world.

These short fictions set in the Indonesian everyday—in corporate boardrooms, in shanty towns, on dangdut stages—reveal a soupy otherworld stewing just beneath the surface. Sometimes wacky and always engrossing, this is subversive feminist horror at its best, where men and women alike are arbiters of fear, and where revenge is sometimes sweetest when delivered from the grave.

Mara finds herself brainstorming an ad campaign for Free Maxi Pads, with a little help from the menstruation-eating hag of her childhood. Jamal falls in love with the rich and powerful Bambang, but it is the era of the smiling general and, if he’s not careful, he may find himself recruited to Bambang’s brutal cause. Solihin would give anything to make dangdut singer Salimah his wife—anything at all.

In the globally connected and fast-developing Indonesia of Apple and Knife, taboos, inversions, sex and death all come together in a heady, intoxicating mix full of pointed critiques and bloody mutilations. Women carve a place for themselves in this world, finding ways to subvert norms or enacting brutalities on themselves and each other.

About the translator: Stephen Epstein 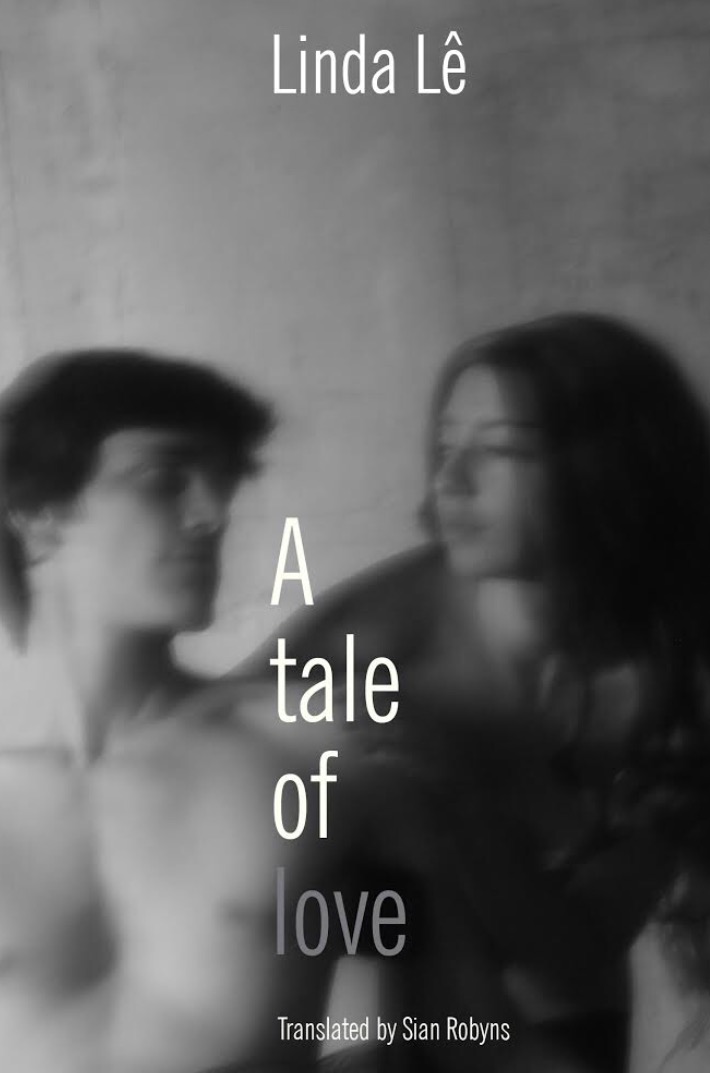 A Tale of Love

She comes and goes. Opens another book. It's a collection of Chinese poems. She reads just these few words, The roots of love reach up to the sky, and, in an instant, she is as if transformed. She grabs a jacket, closes the door, and goes down the stairs. She walks briskly. She's going into the unknown to bring back the unknown.

Ylane and Ivan meet for the first time in the library of a psychiatric hospital, falling instantly and deeply in love. In the shelter of the clinic they find happiness, but release into the outside world is frightening and love becomes a struggle as reality intrudes. And yet this reality strangely has more in common with a fairy tale with its monsters and lost children and one true love. And like a fairy tale, there is always the sense of the narrator watching and writing it all down. This is a novel as much about the power of reading and writing to transform as it is about the transformation of love. Both give the young lovers the opportunity to recover and recreate themselves, but Ylane and Ivan discover that just as there are always two sides to a page, so there is no single answer to the questions that besiege them. 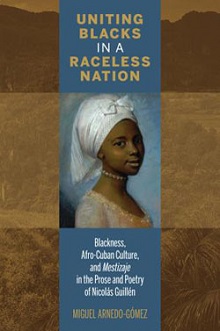 Blackness, Afro-Cuban Culture, and Mestizaje in the Prose and Poetry of Nicolás Guillén

The Cuban writer Nicolás Guillén has traditionally been considered a poet of mestizaje, a term that, whilst denoting racial mixture, also refers to a homogenizing nationalist discourse that proclaims the harmonious nature of Cuban identity. Yet, many aspects of Guillén's work enhance black Cuban and Afro-Cuban identities.

Miguel Arnedo-Gómez explores this paradox in Guillén's pre-Cuban Revolution writings placing them alongside contemporaneous intellectual discourses that feigned adherence to the homogenizing ideology whilst upholding black interests. On the basis of links with these and other 1930s Cuban discourses, Arnedo-Gómez shows Guillén's work to contain a message of black unity aimed at the black middle classes. Furthermore, against a tendency to seek a single authorial consciousness - be it mulatto or based on a North American construction of blackness - Guillén's prose and poetry are also characterized as a struggle for a viable identity in a socio-culturally heterogeneous society.

About the author: Miguel Arnedo-Gómez 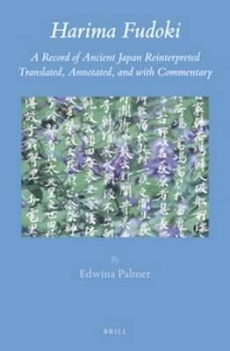 Harima Fudoki, dated to 714CE, is one of Japan's earliest extant written records. It is a rich account of the people, places, natural resources and stories in the Harima region of western Japan.

Produced by the government as a tool for Japan's early state formation, Harima Fudoki includes important myths of places and gods from a different perspective to the contemporaneous 'national' chronicles.

This document is an essential primary source for all who are interested in ancient Japan.

In this new critical edition, Palmer draws upon recent research into the archaeology, history, orality and literature of ancient Japan to reinterpret this hitherto little-known document. Palmer's insightful commentary contextualises the Harima tales for the first time in English.