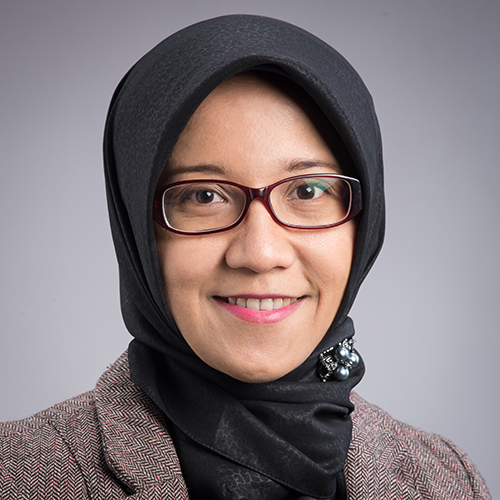 Dr Eva Nisa received her Bachelor’s degree at Al-Azhar University, Cairo, in 2002, with a specialisation in Qur’anic exegesis. She then continued her MA degree in Islamic Studies at the Faculty of Humanities, Universiteit Leiden and graduated in 2004.

In 2013, she received her PhD from the Department of Anthropology, Australian National University. More recently, before taking up her post at VUW in 2016, she completed two post-doctoral projects. Her first post-doctoral research project was at the Universität Hamburg and was funded by the DeutscheForshungsgemeinschaft (DFG). The research pertains to Islamic contemporary literature and is a study of the role of the largest Indonesian Islamic writing forum in disseminating their version of morality, and which has developed branches in numerous countries such as Malaysia, Singapore, Hong Kong, Japan, Australia, Saudi Arabia, Egypt, and Yemen. Her second post-doctoral project was completed at the Universiteit Amsterdam and was funded by the European Research Council Advance Grant. The research titled “Problematizing ‘Muslim Marriages’: Contestations and Ambiguities” focuses on unconventional Muslim marriages in Indonesia and Malaysia.

Eva’s research and publications focus on the intersections between the religious, political, economic, legal, social, cultural, and philosophical aspects of peoples’ lives. The core of her research is to analyse diverse aspects of how religion functions in the lives of believers. She would be delighted to supervise students working on diverse aspects of religions in the modern world, especially those related to her research interests, including: religion and gender relations, religion and politics, political Islam, the anthropology of Islam, religion and media (social media), Islamic thought, Qur’anic exegesis, Islamic economy and philanthropy, Islamic law, law and religion, religious radicalism, refugees and migration, marriage and divorce, religion and youth, religion and literature, and religion and popular culture.