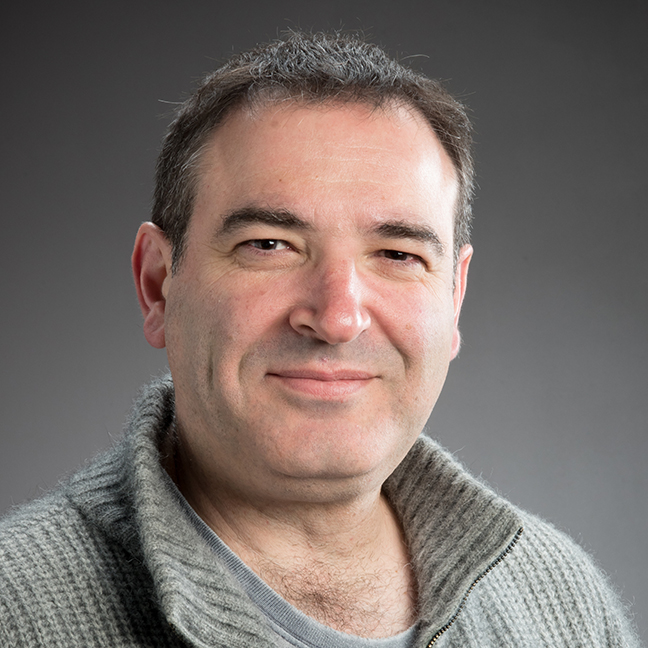 John Psathas (b1966) is a freelance composer and Emeritus Professor at the New Zealand School of Music, living in Wellington New Zealand. His music has achieved a level of international success unprecedented in New Zealand history, and his concert works are performed regularly on the international stage by many of the world’s top musicians.

Originally of Greek heritage, John is also now widely considered one of the three most important living composers of the Greek Diaspora. He has a natural inclination toward mega-projects. Since writing much of the ceremonial music for the 2004 Athens Olympic Games, John’s music has been on the radar screen of a wider public than that normally associated with contemporary classical music.

John is in constant demand as a composer in many genres and media. His musical style brings together the languages of jazz, classical, Eastern European and Middle Eastern, avant-garde, rock, and electronica.

John most recent work is No Man’s Land, a ground-breaking new cinematic performance in commemoration of the First World War. Musicians descended from opposing forces are brought together on the battlefields of WWI in an original composition. These musical collaborations are fused into a unique 80 minute film, projected alongside live musicians on-stage. 150 Musicians, live and virtual, from more than 25 nations, and from all musical genres, perform as one epic global orchestra. See nomansland project for more information about this project.

Many of Psathas’s works have social and historical commentary at their core. The film White Lies (set deep in Tuhoe territory) depicts a head-on clash of beliefs and the nature of identity in early NZ European settler society. Between Zero and One is inspired by ancient and modern rhythms, and brings guest musicians from around the world into the concert space via interactive projection, transforming the traditional experience and understanding of fixed-location, temporally-contained performance. 100 Years is an unflinching exploration and remembrance of the Armenian Genocide begun in 1915 - in collaboration Aremenian musician, Serj Tankian. No Man’s Land overtly challenges the deeply ingrained (Euro-centric, still us-and-them even after a century, Anzac myth) handling of WWI commemoration.

As a result of his own film-scoring experience, Psathas has initiated and led an increasingly substantial film-scoring dimension within the NZSM’s under- and post-graduate offerings. This has now become an integral part of the newly approved MFA (Creative Practice) and Psathas led the strengthening bond between VUW, the NZSM, and Park Road Post Productions.

Psathas has increasingly worked at bringing talented post-graduate students into direct engagement with his projects. The most recent manifestation of this was the awarding of three MMA scholarships specifically for the No Man’s Land project. These three students travelled and worked hands-on with the NML team in Poland, France, Belgium, and India while also completing their own MMA projects.