Elyse Dalabakis and Xi Liu (Lucy), two NZSM PhD candidates and violists, launched their PhD research onto the international stage through presentations and performances at the 46th International Viola Congress (IVC) – the largest annual conference centered around the viola - in September in Poznan, Poland. 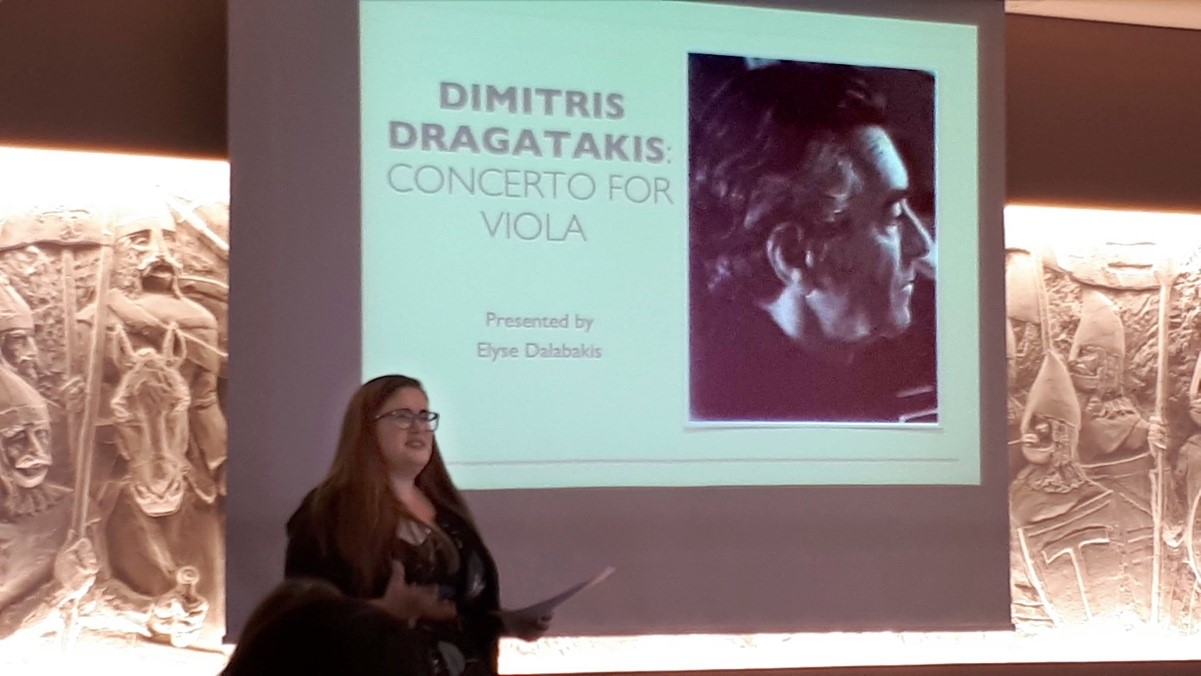 Elyse Dalabakis presented her PhD research on modern Greek composer Dimitris Dragatakis (1914 – 2001) and his Concerto for Viola. Interestingly, Artur Paciorkiewicz , the violist who premiered the concerto in 1993, was present for the lecture and was invited to speak about performing the concerto and working with Dragatakis – a component which made her lecture stand out during the week. The premiere recording from 1993 was unearthed from the Dragatakis archive only earlier this year. During her presentation, she played the recording from the premiere performance – a world premiere in itself as the work had not been heard for 26 years. Violists, professors, and educators in attendance described her lecture as a ‘Congress highlight and fascinating’. 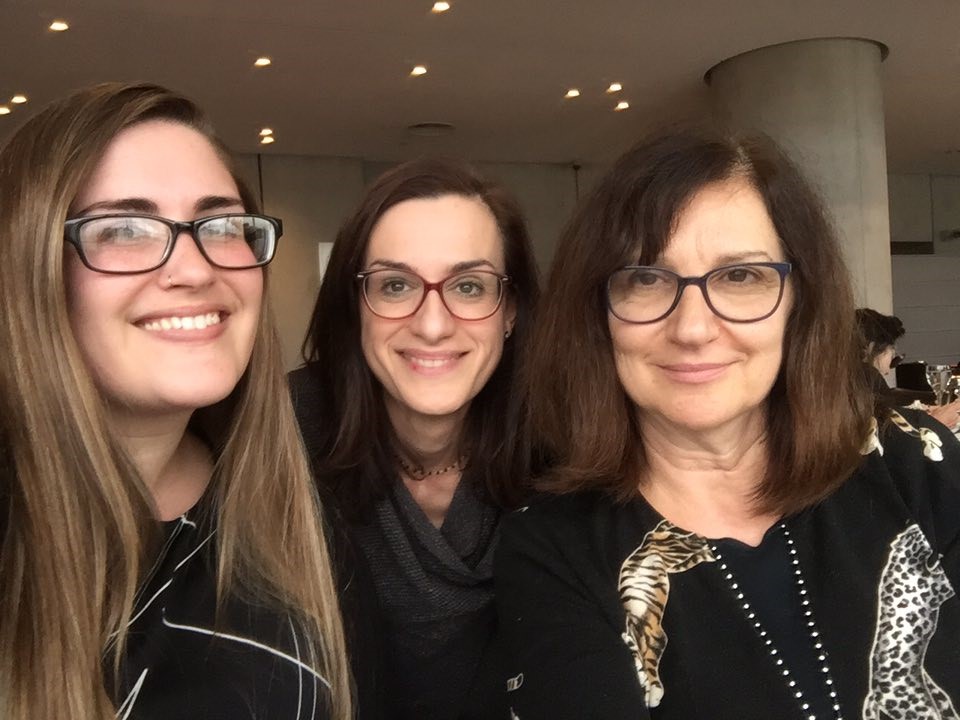 After the Congress in Poland, Elyse headed to Athens, Greece to undertake an artist residency at the Dragatakis Archive at the Greek Music Archives for the month of October, working closely with the Director, Valia Koronidi, and Curator, Magdalini Kalopana. Accompanying Elyse’s PhD dissertation submission will be the publication and recording of the Concerto for Viola and piano reduction (which only previously existed in manuscript form). 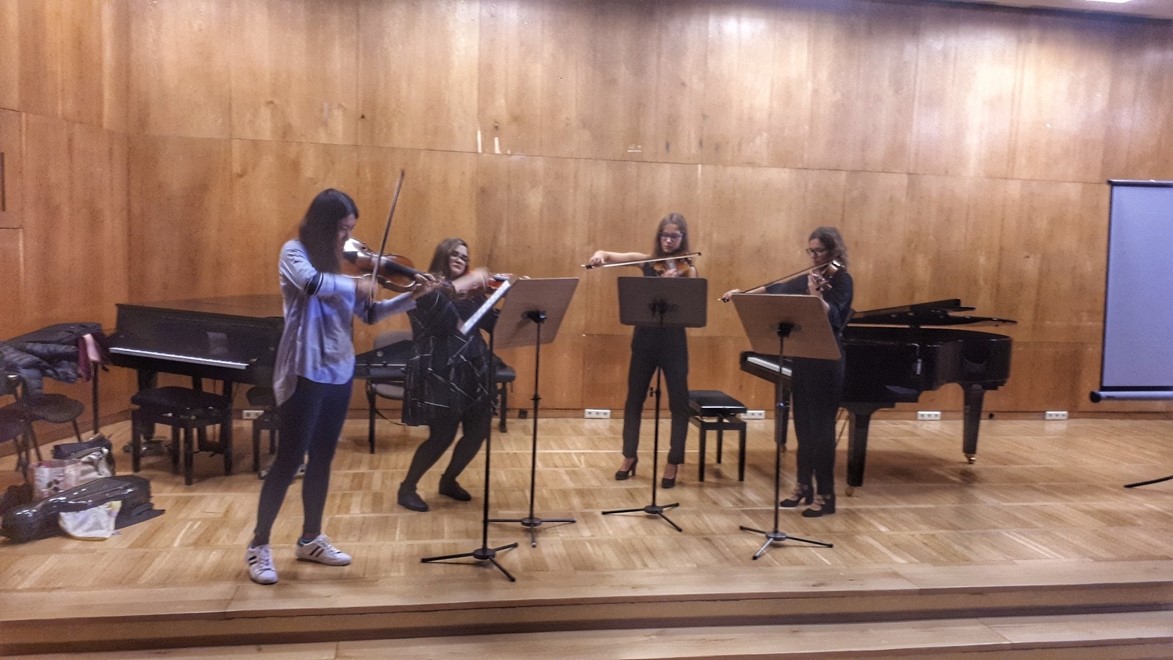 Xi “Lucy” Liu also presented her PhD research in a lecture recital which focused on Israeli composer Boris Pigovat (b. 1953) and performing his Sonata for Viola and Piano, and the world premiere of a new arrangement by Pigovat of his work Nigun for viola quartet. Performers were Lucy and Elyse who were joined by Marianna Kalicka and Aleksandra Ruciak, viola students of Professor Marcin Murawski from the Academy of Music. I.J. Paderewski: The performance of Nigun was very well received at the Congress with many attendees asking at the end of the lecture where they could purchase the music. 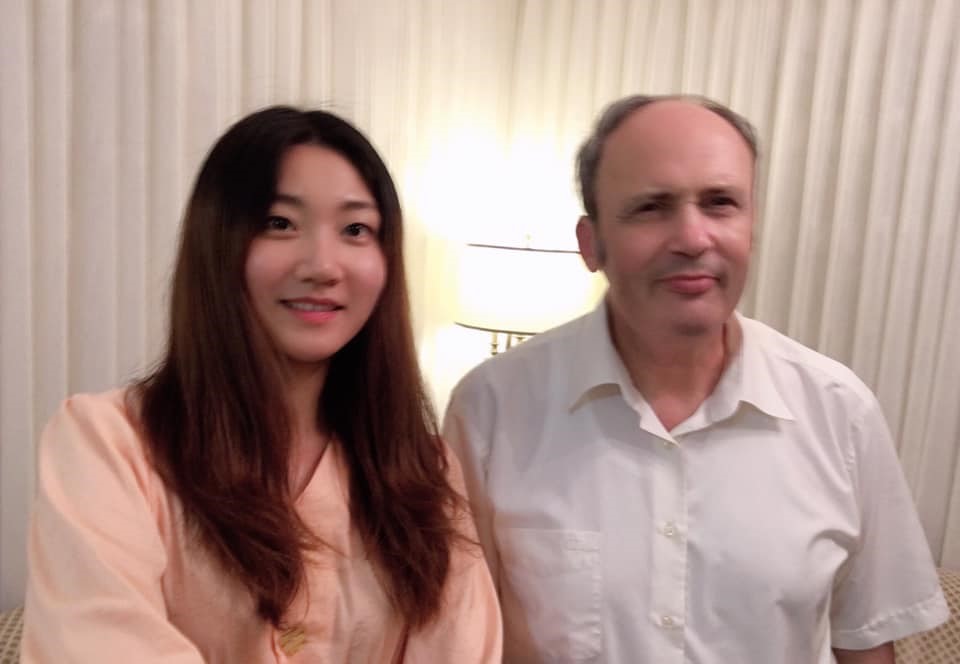 Before the Congress in Poznan, Lucy visited Boris Pigovat in Israel where she conducted a series of interviews which will be included in her PhD.

Elyse and Lucy are very grateful to VUW’s Joint Research Committee for their support in both of these presentations. We look forward to seeing Elyse’s and Lucy’s successes in the months to come and wish them the best with their dissertation submissions.