Gamelan and dance fills the Hub

On 22 March, the Hub at Victoria University of Wellington came alive with gamelan and dance for NZSM's 3rd annual ‘Night Hub’ event.

Many months in the planning, the Night Hub concert became a special opportunity for people to come together, as it fell on Friday 22 March, a week after the horrific attacks on Al Noor mosque and the Linwood Islamic Centre, in Christchurch, 15 March 2019.

Ustad Agam Jaya welcomed the audience with an Islamic do’a prayer, which was followed by speeches of condolence and support from Dr Megan Collins (the Gamelan manager), Professor Sally-Jane Norman (director of the New Zealand School of Music—Te Kōkī) and Ibu Adek Triana Yudhaswari (Indonesia’s cultural attaché here in NZ).

The Indonesian Ambassador Mr. Tantowi Yahya was in Christchurch, supporting victims of the shootings.

The concert began with Umbul Donga, which included a macapat poem sung by music director Budi Putra. This called for all evil to be banished from our performance space. It was paired with lampu obor (torchlight) ritual based choreography from our guest artist, dancer Sri Mulyani, of Mulyojoyo dance group, Surabaya, Indonesia.

This haunting and poignant beginning gave way to the excitement of dance and gamelan, the audience mesmerised by the sounds and textures of both gamelan. Sri Mulyani danced again with the Balinese gamelan, lead by Rupert Snook, the gorgeous Cendrawasih bird of paradise dance.

The audience were invited to try the instruments at the end of the concert and many in the crowd did. 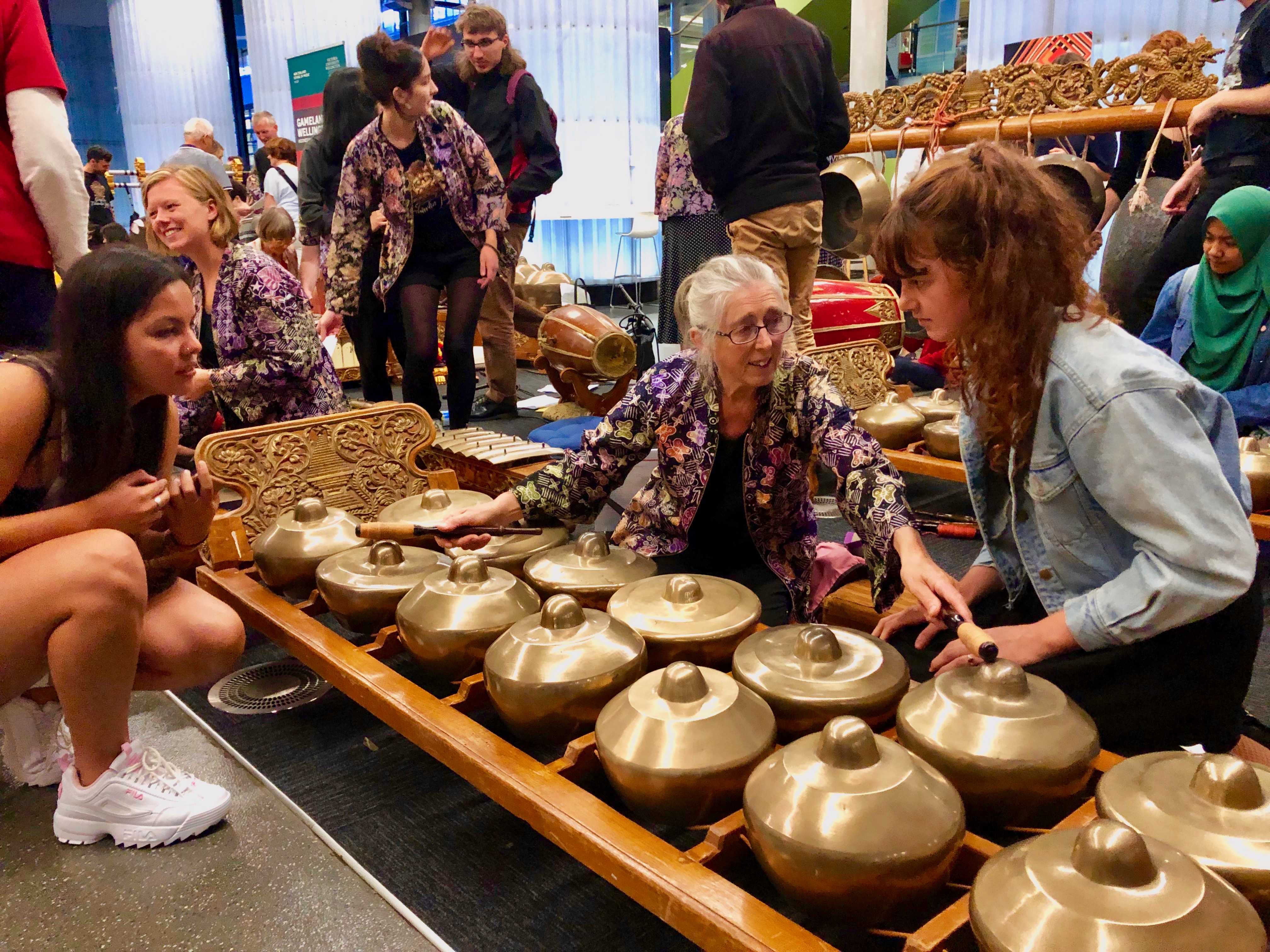