Seven of Victoria’s most accomplished and influential alumni are to receive Distinguished Alumni Awards at a black-tie dinner in November.

Chancellor Sir Neville Jordan says the seven alumni have shown exemplary leadership and outstanding achievement over the course of their careers and are inspirational figures.

“These alumni have made major contributions in their respective fields, leaving a mark not only here in Wellington and New Zealand but around the world.

“They demonstrate the best of Victoria’s values and show our current and future students what can be achieved with a Victoria education.

The Distinguished Alumni Awards will be presented at a gala dinner in Wellington on 14 November 2017. Tickets will be available from 1 June. 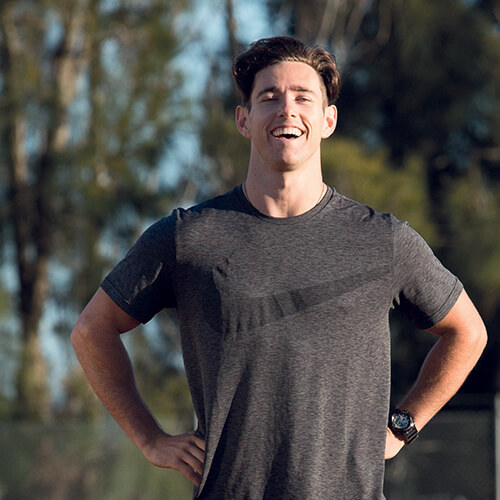 In 2016, Liam Malone became one of New Zealand’s most popular athletes with his breakout performance at the Paralympic Games in Rio de Janeiro. Dubbed the Kiwi Blade Runner, Liam claimed two gold medals in the 200 metre and 400 metre T43/44 events, breaking Paralympic records for both events in the process, and won a silver medal in the 100 metre T43/44.

This success was particularly impressive considering he was juggling his final year of study for a Bachelor of Commerce and had taken up running only three years earlier, buying his first set of running blades in 2013 after crowdfunding the $25,000 needed.

Liam’s achievements were recognised by him being chosen as New Zealand’s flagbearer for the closing ceremony, becoming a Member of the New Zealand Order of Merit in the 2017 New Year Honours and being awarded the Disabled Sportsperson of the Year at the Halberg Awards 2016.

Not content to rest on his laurels, Liam has set a goal of becoming the fastest person on the planet through innovations in running-blade technology.

Outside sport, he is writing a book, making plans to climb Aoraki / Mount Cook in 2018 to raise money for cancer research and is investing in New Zealand-based start-up businesses, including First Cut Ventures, an angel investment fund that gives young New Zealanders the opportunity to grow their business.

Liam also intends to establish a foundation to provide low cost, accessible equipment for children with disabilities in developing nations. 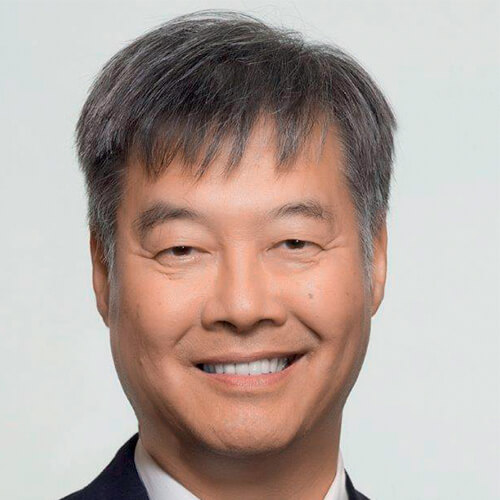 Danny Chan is an influential businessman with interests spanning sectors as diverse as education, investment management, financial and business consultancy and floriculture.

He is perhaps best-known for his involvement in Academic Colleges Group, an education and training company he co-founded in 1995. The company is made up of preschools, schools and vocational colleges, and educates more than 13,000 students at 35 campuses across New Zealand, Indonesia and Viet Nam.

After graduating from Victoria, Danny worked in investment and insurance in Wellington and taught part time at Victoria for 14 years, before joining the largest fund manager in the world—Fidelity Investments—where he sat on the board of the fund’s Asia–Pacific operation and headed its Taiwan office.

In addition to his work in education and the financial sector, Danny has been a pioneer in exporting New Zealand flowers, setting up Flowerzone Turners, one of the country’s biggest flower exporters, in 1993. He currently serves on the boards of several companies, including Abano Healthcare, Auckland Tourism Events and Economic Development, Farmers Mutual Group and Marlborough Wine Estates. He has previously held directorships of the state-owned Airways Corporation and Crown research institute AgResearch.

In recognition of his business experience in the Asia-Pacific region, Danny serves on the NZ-China Executive Council Board, and the boards of the Asia New Zealand Foundation and the Confucius Institute based at the University of Auckland. He has also previously served as a member of the Department of the Prime Minister and Cabinet China Project Advisory Group. He also advises several New Zealand companies on their Asia marketing and joint ventures. 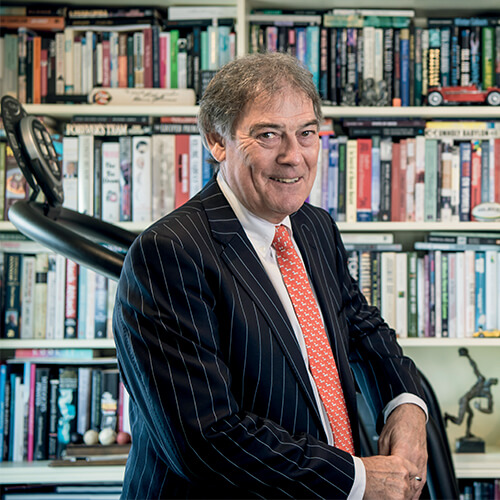 Before stepping down in 2016, David Howman led the fight against drug cheats in international sport for 13 years as director-general of the World Anti-Doping Agency (WADA). This built on his previous work with what was then the New Zealand Sport Drug Agency, first as legal counsel and then as chairman.

During his tenure at WADA, a global anti-doping code was implemented by international sport bodies; the Unesco International Convention against Doping in Sport (2005) was ratified by 184 of the world’s 195 Unesco member states; and issues such as bribery and corruption were brought to the attention of the sporting world. Most prominently, he oversaw a two-year investigation into Russia’s institutionalised doping programme for its elite athletes.

David commands deep respect around the world for the quality of his work and his integrity. WADA’s success has been directly attributable to David’s qualities as an administrator and diplomat and he is regarded as one of the world’s very best sporting administrators.

Before his appointment to WADA, David practised as a leading sports lawyer and won Australasian awards for this work. He also served as president of New Zealand Tennis, as a commissioner for New Zealand Rugby and as a board member for the Hillary Commission for Sport, Fitness and Leisure.

He continues to be heavily involved in New Zealand sport, currently serving on a panel working on New Zealand Rugby’s Respect and Responsibility review.

In the 2017 New Year Honours David was made a Companion of the New Zealand Order of Merit for services to sport. 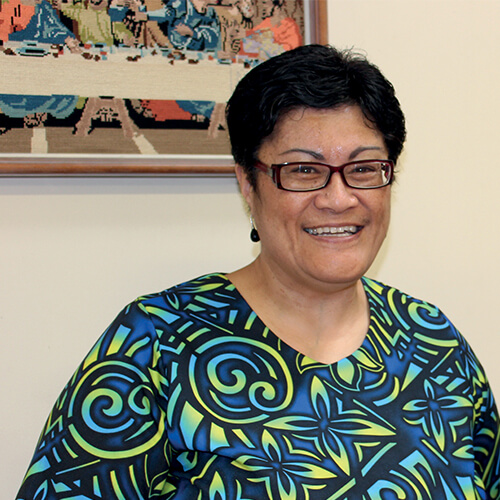 Judge Ida Malosi is a District Court judge based at Manukau in South Auckland. She is proud of her Samoan heritage and has become a role model for Pasifika men and women in the legal profession and wider community.

After graduating from Victoria, she established an all Maori and Pasifika women legal practice in South Auckland, King Alofivae Malosi, which received the Auckland District Law Society’s EEO (equal employment opportunities) ‘Most Innovative’ award in 2000.

In 2002, she became New Zealand’s first female Pasifika judge when she was appointed to the Family Court. Since then, she has sought to implement alternative, culturally appropriate responses to youth offending in her community, working with her Maori Youth Court colleagues on establishing Rangatahi Courts and using this as a model for similar Pasifika Courts. In 2015, the Australasian Institute of Judicial Administration awarded the Rangatahi and Pasifika Courts its Award for Excellence in Judicial Administration.

Ida’s judicial achievements extend beyond New Zealand to Samoa, where she served as that country’s first female Supreme Court judge between May 2013 and July 2014. Since then, two other women have been appointed to the Supreme Court, and two women to the District Court. During her time in Samoa, she established the Family Court and the Family Violence Court and implemented judicial settlement conferences. She also laid the groundwork for the Alcohol and Other Drug Treatment Court to be established in Samoa by Judge Ema Aitken. 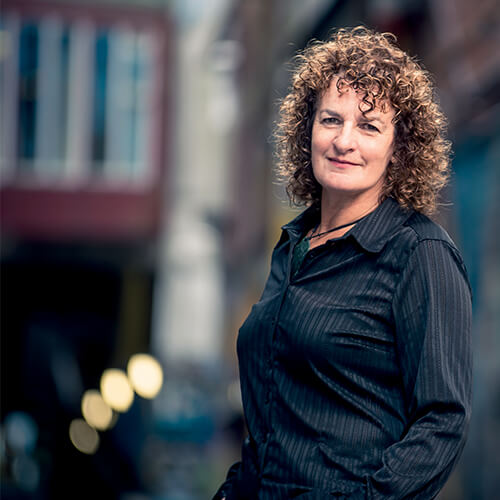 Stephanie McIntyre has been a champion of the most marginalised citizens and a high-profile advocate for social justice throughout her working career.

For 13 years, she has been director of DCM (Downtown Community Ministry), a Wellington organisation working with people who are homeless or are at risk of becoming homeless. Her commitment is to end homelessness by thoroughly understanding, gathering evidence about and implementing practical solutions to address the complex issues that underlie homelessness in New Zealand.

Stephanie and her team at DCM are dedicated to working with people others often overlook, working in ways that are respectful, inclusive and welcoming. Continually seeking new solutions to assist poor Wellingtonians, their recent developments include the launch of a dental service in partnership with the Wellington Dental Association.

For more than a decade, Stephanie has championed the establishment of ‘harm reduction’ housing as a bold, yet highly effective, accommodation option for the most vulnerable homeless population. The mayor of Wellington, Justin Lester, made the support of such a home one of his key election promises.

Formerly a social justice commissioner for the Anglican Church, Stephanie has a long history of speaking out on issues that impact on the poorest, most vulnerable citizens of Wellington. She continues to take on a number of roles to ensure that marginalised people in our community have a voice and that their views are heard. 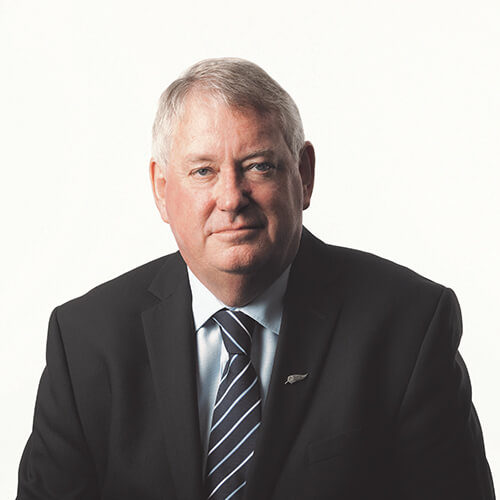 Chris Moller is a highly respected businessman and sports administrator who has shown outstanding leadership in fields as diverse as dairying and energy generation, rugby and cricket.

Chris established a reputation for visionary leadership during 15 years in the dairy industry, initially as a senior executive with the New Zealand Dairy Board and then as the inaugural deputy chief executive of the newly formed Fonterra. Since then, Chris has made major contributions at a governance level to some of New Zealand’s largest and most significant organisations, including NZX Limited, Westpac New Zealand, SKYCITY Entertainment Group, Meridian Energy and the New Zealand Transport Agency—chairing the last three organisations.

Just as significant for New Zealand has been Chris’s work as a sporting administrator. He is the only New Zealander to have held the positions of chief executive and chairman of the national bodies for rugby and cricket respectively, and is also the first person in the world to have sat on the boards of the global governing bodies of both codes, the International Cricket Council and the International Rugby Board.

In 2015, Chris was made a Companion of the New Zealand Order of Merit for services to business and sport. 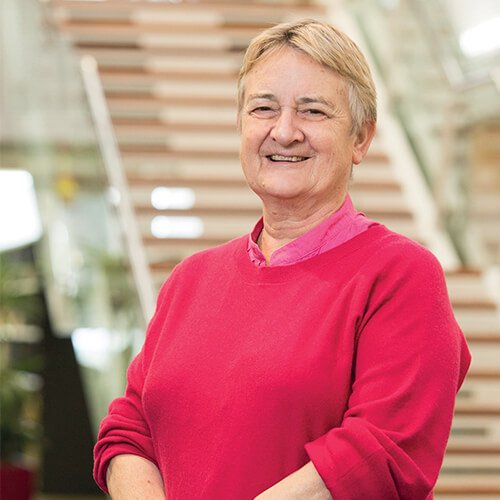 Professor Marilyn Waring is a prominent New Zealand economist and feminist, and a leading activist for women’s human rights.

Marilyn was one of the youngest New Zealanders ever elected to Parliament, serving as a National MP between 1975 and 1984. She was just 23 when she entered the debating chamber and, between 1978 and 1981, she was the only woman in the National caucus. She pushed to have marital rape criminalised, and threatened to cross the floor to vote with Labour on a nuclear-free New Zealand, precipitating the 1984 snap election.

On leaving Parliament, Marilyn earned a PhD in Political Economy and her academic research has been influential in establishing the field of feminist economics. One of her most famous works, If Women Counted, argued for the economic importance of women’s unpaid work and the environment, revealing the serious policy consequences caused by ignoring these when calculating national economic measures such as GDP.

More recently, Marilyn’s work has focused on the inequities of globalisation and the importance of acknowledging women’s work as an international human rights issue, and she has undertaken a range of projects dealing with these issues for the United Nations. She is also a prominent spokesperson for gay and lesbian rights and a strong advocate for same-sex marriages, memorably arguing against civil unions as a lesser form of marriage and hence a way of perpetuating legal discrimination against same-sex couples.

In 2005, she was nominated for the Nobel Peace Prize.