We need to talk about climate change

Wellington writer James McNaughton’s second novel tackles the very topical subject of climate change. Published by Victoria University Press in March, Star Sailors is set in Wellington in 2045 after climate change has devastated the world and New Zealand has become a haven for “elites”. 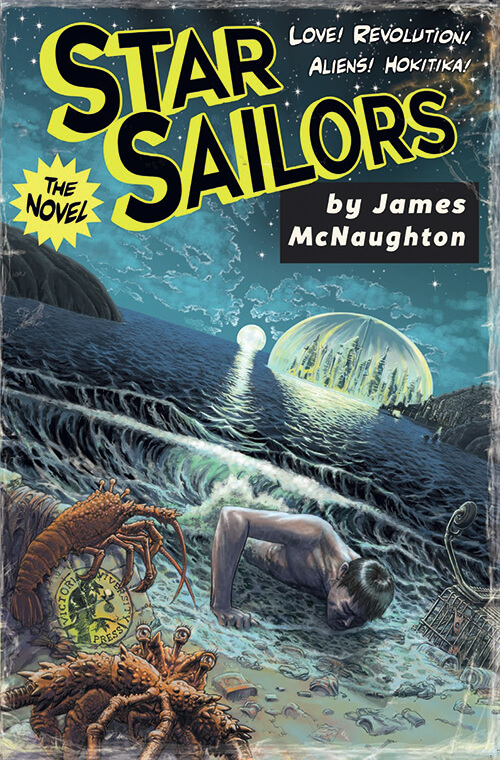 James says he wanted to write about climate change in a way that wasn’t dry or abstract.

“For a lot of people in first-world countries, climate change and inequality have become bothersome background noise that only sharpen into a sense of guilt and hopelessness when attention is paid to them.”

But, James points out, the novel is not a dystopia.

“Star Sailors shows the disastrous possible effects of climate change and inequality on a day-to-day basis; however, the prerequisite for any novel to effectively tackle issues is that it be entertaining. Problems are the beating heart of fiction, so from a writer’s point of view there’s plenty to work with around our slide into catastrophe.”

He says that while the process of writing the novel hasn’t removed his own fears about climate change, it has made him feel less powerless.

“Narrative is how we make sense of time and the world. Stories have power, metaphor is a powerful communicator. Drama and fiction can help raise the issue for everyone and move it forward. As soon as enough people get organised and make their feelings felt, those in power will learn that climate change denial is not the right horse to back.”