Two Master’s students from Te Kawa a Māui | School of Māori Studies at Victoria University of Wellington recently presented at two international conferences this August. The students, Alan King-Hunt (Ngāti Haua, Ngāi Te Rangi) and Symon Palmer (Ngāi Te Rangi), travelled to Guovdageaidnu (Kautokeino) Norway, in the Arctic Circle, to present at the World Indigenous Research and Education Conference (WIREC) 2018, hosted by Sami University. Less than a week later, the pair travelled to Sydney Australia to present at 4S – Society for Social Studies of Science Annual Conference 2018 hosted at the International Convention Centre, attended by more than one thousand academics. 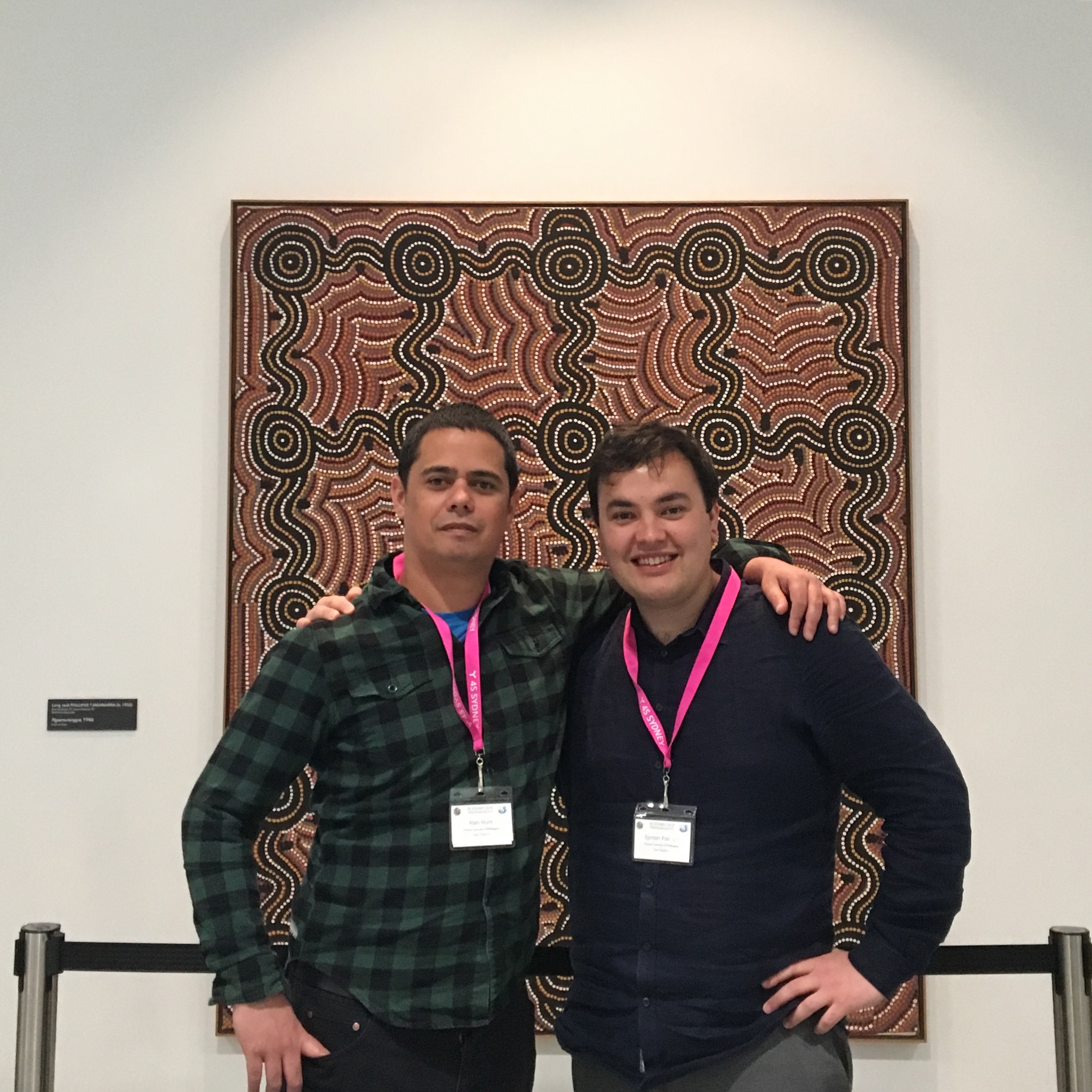 The back-to-back academic amazing race came out of the National Science Challenge project focussed on finding ‘Novel Biotechnological Controls of Pest Wasps’, led by Professor Phil Lester from Victoria University of Wellington. The students’ supervisor, Dr Ocean Mercier (Ngāti Porou) from Te Kawa a Māui, had originally planned to present herself. However, her students’ enthusiasm, insight and understanding of the research findings gave her confidence to delegate the task.

The two presented on a study that Dr Mercier led in 2017 which gauged Māori perceptions of biotechnologies in pest wasp management. Both students have continued this theme in their theses: Symon is researching Māori business perceptions; Alan is examining Māori religious and spiritual dimensions. The two expect to finish by March 2019.

Reflecting on the conferences, Alan had to say: “travelling and attending the WIREC and 4S conferences has been one of the highlights of my academic career so far. Being able to meet other indigenous and allied non-indigenous scholars whose research is geared towards asserting an indigenous voice at the international level is reassuring for me. As a Master’s student at Te Kawa a Māui, I know I’m on the right track”.

Symon remarked that “Both conferences were eye-opening experiences. You got to see what it is like to be an academic, disseminating information globally. The amount of cutting-edge knowledge that is presented annually is truly overwhelming and inspiring”.

Both presentations were well received by the local and international academic community. There was interest from Taiwan scholars researching mosquitos, and an invitation to present at a conference in Indonesia. Director of the James Henare Research Centre Dr Marama Muru-Lanning was also presenting at 4S and thought the presenters were “outstanding”.

Alan and Symon would like to thank their supervisor Dr Mercier and the National Science Challenge for the opportunity, and encourage Māori students to explore post-graduate study opportunities.