This symposium, the first of its kind in New Zealand, will bring together a number of outstanding Latin Américan experts to offer a deeper understanding of the legal history, constitutional arrangements, and commercial culture of a region that is becoming increasingly significant to the New Zealand economy.

With a population expected to reach 625 million this year, and an increasingly democratic political landscape, Latin América looks set to develop into an economic powerhouse. Connections between New Zealand and Latin América are rapidly expanding and diversifying, and in dealing with any culture, an understanding of its law, legal system and legal culture is a vital component of successful political and commercial engagement. This symposium will provide a comprehensive programme for both private and public sector entities with an interest in opportunities in the region.

Click here to view a pdf of the programme.

Roberto Gargarella
Roberto Gargarella is Professor of Constitutional Theory and Political Philosophy at the Law School of the Universidad de Buenos Aires and the Universidad Torcuato Di Tella and a researcher for CONICET in Buenos Aires and the Christian Michelsen Institute in Norway. He has been a Visiting Fellow at Columbia, New York University, and Harvard and a Visiting Professor at universities in Europe, Latin America, and the United States. Most recently, he was the Leverhulme Trust Visiting Professor at University College London. He has published widely on issues of legal and political philosophy, as well as on U.S. and Latin American constitutionalism. His recent publications include The Legal Foundations of Inequality: Constitutionalism in the Americas 1776-1860 (Cambridge University Press 2010) and Latin American Constitutionalism (1810-2010): The Engine Room of the Constitution (Oxford University Press, 2013).

Javier Couso
Javier Couso is a Professor of Law and the Director of the Constitutional Law Program at Universidad Diego Portales’ School of Law, Chile. He has recently been appointed as the Prince Claus Chair of Development and Equity at Utrecht University. A member of the Executive Committee of the ‘International Association of Constitutional Law’ (IACL), he has also served in the Board of Trustees of the ‘Law Society Association’ (LSA). He works on Comparative Constitutional Law and Legal Culture, with a focus on Latin America. He has been visiting professor at the University of Wisconsin-Madison and at the University of Bologna. His recent publications include The Constitutional Law of Chile and Cultures of Legality: Judicialisation and Political Activism in Latin America (Couso, Huneeus, Sieder, eds.) (Cambridge University Press, 2013).

Adriana Braghetta
Adriana Braghetta is the Co-Head of the arbitration group at LOBaptista-SVMFA. She formerly served as President of Comitê Brasileiro de Arbitragem (2009-2013), having previously served as Vice-President (2005-2009) and co-founding member. She is a member of the ILA International Arbitration Committee,  the ICC Arbitration Commission, the ICC Latin-American Arbitration Commission, and the ICDR/AAA Board for Latin America. She is also a member of different commissions in other institutions such as Câmara de Comércio Brasil-Canadá, Centro das Industrias do Estado de Sao Paulo, Câmara Americana de Comércio Brasil-Estados Unidos- Sao Paulo. Moreover, she is a Professor at Fundação Getulio Vargas- Sao Paulo and CEU- Instituto Internacional de Ciencias Sociais.

Paulo Nalin
Professor Paulo NALIN was educated at the Federal University of Paraná (UFPR), where he obtained his LLB, LLM and PhD. He currently lectures Private Law in the LLB, LLM and PhD programs at the Federal University of Paraná (UFPR). He is founding partner of Popp & Nalin Associates, having also acted as arbitrator in several proceedings. He has broad experience in Private Law, having focused in issues regarding obligations, contract law, extra-contractual liability and fundamental rights. He is an associate of the Private Law Institute (IDP-São Paulo); the Attorneys Institute of Parana State (IAP – Paraná); the Civil Law Institute (IDC – Rio de Janeiro); and the Comparative Law Institute Brazil-Portugal (IDCLB – Rio de Janeiro).

Fabiano Deffenti
Fabiano Deffenti started his legal career at one of the largest law firms in Australia, and in 2003 he moved back to Brazil where he set up a law firm with three other partners. The firm moved from having five lawyers in 2005 to having over 50 lawyers in 2015. Recently Fabiano moved back to Australia where he set up the first office of a Brazilian firm in Oceania (Fabiano holds a principal’s practising certificate in Brisbane, Queensland, where he is currently based). In addition to his law degree, Fabiano holds a Bachelor of Laws (with Honours) and a Bachelor of Business (International Business) with Distinction degree from the Queensland University of Technology and had his law degree recognised by the University of Santa Catarina, where he wrote a short thesis on international commercial arbitration.

Felipe Michelini
Felipe Michelini has a doctorate in Law and Social Sciences from the Universidad de la República (Uruguay), and an LLM from Columbia University. He has been  Professor of Human Rights at the Faculty of Law, Universidad de la República since 1991. From 1992 to 1993, he worked as a consultant for the United Nations Secretariat in the Truth Commission (Republic of El Salvador). In 1994, he was elected to the Uruguayan parliament, and he currently holds a seat as the representative of Montevideo. From 2005 to 2009, as Vice-Minister of Education and Culture, he played a key role in the ratification by Uruguay of the International Convention for the Protection of All Persons from Enforced Disappearance, in the work that led to Uruguay´s membership to the U.N.Peacebuilding Commission, and in the drafting of the statute that implemented in Uruguay the Rome Statute of the International Criminal Court.

Cesar Pereira
Cesar Pereira has a degree in Law from UFPR, Brazil (1992), a LL.M. in Tax Law from PUC-SP, Brazil (1998) and a JSD in Administrative Law from PUC-SP (2005).  He has published “Elisão Tributária e Função Administrativa” [Tax Avoidance and Government Action] (Dialética, 2001) and “Usuários de Serviços Públicos” [Users of Public Services] (Saraiva, 2nd. ed., 2008), in addition to numerous papers and articles in Public Law, Commercial Law and Arbitration. Between 2002 and 2006, he was a professor of Administrative Law at UniCuritiba, and he currently teaches at Instituto de Direito Romeu Bacellar (Curitiba, Brazil). He is a Fellow of the Chartered Institute of Arbitrators (FCIArb) and the president of CAM-FIEP, an arbitration centre in Curitiba, and a partner and the head of the São Paulo branch of Justen, Pereira, Oliveira & Talamini, in which he has been an attorney since 1992. 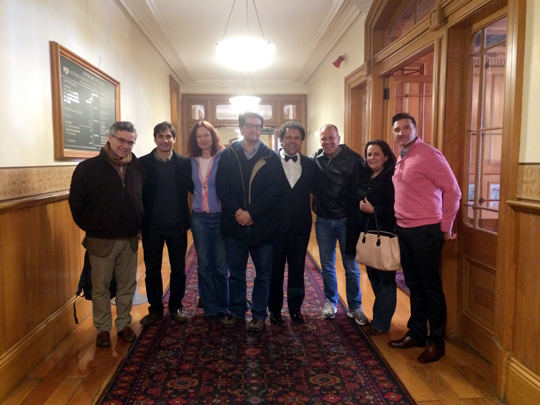 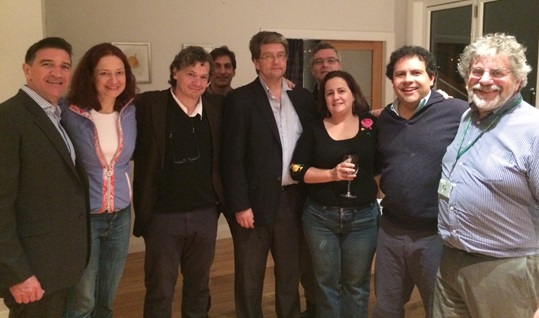 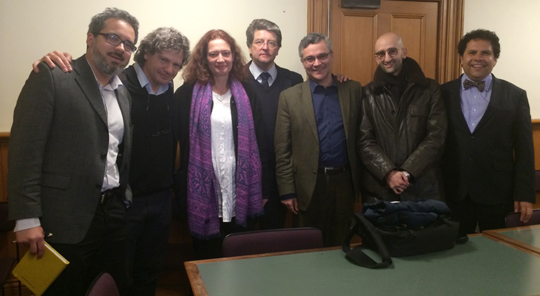 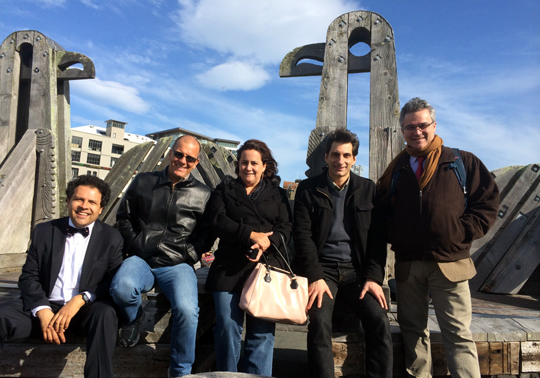 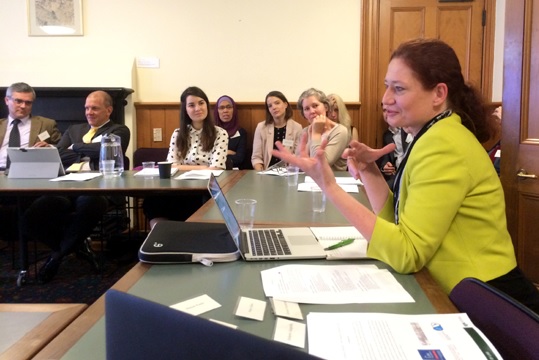