New developments with virtual reality (VR) technology highlight a vast territory for immersive storytelling, gaming, and many other forms of interactive experiences such as simulated education, medical therapy, and scientific visualisation. While Sony, Samsung, and Oculus Rift (Facebook) have delivered the hardware, start-ups and research labs are playing catch-up with the development of content. Local Wellington company 8i for example, has received over 20 million dollars in seed funding, and Weta Digital is also investing in this new domain.

At the lab, Design staff and students research new methods for storytelling, interaction, and immersive experience, presented via emerging technologies like head-mounted displays.

This research group will develop projects demonstrating how narrative story telling can work with a VR representative. Content will include both photographic and computer generated videos. The Virtual Worlds Lab (VWL) seeks to engage with writers, dancers, theatre performers, and other film practitioners to craft tomorrow’s entertainment experiences.

What techniques can be used to generate the soundscapes presented in a VR experience? VWL explores and demonstrates how environmental sound can be captured and presented in a way that locates audio in space in a plausible way for use in VR. Students in this research stream work with audio engineers and musicians to create next-generation music video experiences, utilising live performance and computer generated material.

Which aspects of narrativity and ludology—discourses that have already happened in the gaming community—can be applied towards one now taking place in VR? What new experiences can be crafted through VR gaming affordances (including games for training and education)? Perhaps more so than any other medium, games have the potential to point the way forward in the development of VR experiences. Staff and students experiment with different aspects of immersion (first-person perspective, head tracking, etc.) through VR systems.

The primary aim of this VWL is to produce new forms of design content through VR technology utilizing the plethora of new display and interaction systems coming onto market.

The lack of diversity in movies and declining theater attendance has brought into question the viability of cinema as a relevant art form. If the experience of sitting in a theater no longer captures our imagination, perhaps it is because cinema is a medium based on outdated myths. And new myths, which we are still in the process of forming, are pointing away from the collective experience, towards something centered on a singular consciousness.

As the next generation of virtual reality tools become increasingly accessible, VR is poised as the storytelling medium of choice for both filmmakers and audiences wanting to embrace a more embodied and user-driven way of telling stories. But what is the relationship between the two mediums? If movies have taught us how to tell designer-led stories, can VR teach movies how to acknowledge the agency of audiences seeking a more individually driven experience of narrativity?

In order to trace the rapidly changing formal language of cinema, this project examines a series of recent feature films that have prioritised formal strategies such as first-person point-of-view, the long take, and a reexamination of the gaze. Such a deconstruction will help us better understand the tools required to build a new language for storytelling in virtual reality. Research outcomes aim for publication in academic journals.

Is your masculinity threatened? Then you're not man enough to play

- Robot Unicorn Attack 2 and beyond the gender challenge

Carrying the tagline “Is your masculinity threatened? Then you're not man enough to play”, the 2010 computer game ‘Robot Unicorn Attack’ challenged the player’s personal boundaries through its use of intentionally feminised visual material and the use of the gay club anthem ‘Always’ by Erasure. The game’s aesthetic was characterised by a prevalence of rainbows, unicorns, and the colour pink, which ran counter to its unforgiving game strategy. It was an unrelenting, flow-based game which saw the player inevitably exterminated.

In 2013, building on the crossover success of ‘Robot Unicorn Attack’, the New Zealand-based games developer PikPok was tasked with creating its sequel ‘Robot Unicorn Attack 2’. Developing the sequel required understanding the attraction of the original game’s visual and game aesthetic and its somewhat unexpected wide-ranging fan base.

The game enjoyed viral success, which we in the development team scrutinised closely. Specifically, we looked at issues of gender, sexuality and fandom, incorporating player choice of two gendered worlds: a light side that continued the feminine visual tropes of the original (with wolves, unicorns and a flying whale, etc); and the Inferno side, a masculine fantasy treatment. Both options shared a challenging gameplay at its core.

The transgressive environment offered through this gaming experience (continued through both games) was ultimately embraced by the internet games community. A game that had been characterized by ironic appreciation now tapped nostalgic references, which—when combined with increased accessibility through mobile free-to-play—expanded its market demographic.

Robot Unicorn Attack 2 can now be seen as part of a continuing shift in the visibility of inclusive games, counter-intuitively operating though the parody and pastiche of gendered visual tropes to present now acceptable alternative views on gender. Research outcomes intended for conference presentation at “Videogame Cultures 2016” at Mansfield College, Oxford United Kingdom.

Circle versus square: VR as the third experience

Much of the technology behind filmmaking has changed in the last 150 years, but the formal language of cinema and its predecessor, theater, have come to be defined by the shape of the rectangle. On the other hand, the formal language of Virtual Reality, while still fluid, is developing largely around the sphere.

For VR, this opens up a series of opportunities and challenges. Can the experience of VR be built around our present understanding of cinema and theater? And how do we create the artifice most fictional storytelling requires, while still concealing the apparatus needed to construct it in a spherical environment?

Presently, the tools required to erase this apparatus are experimental and expensive. Light field technology for example, is very promising and may well be the post-production tool of choice to eliminate crew, lights, and other rigging materials from the virtual space. This project aims to explore a different way of utilizing the spherical virtual space—one in which the apparatus of production is preserved and exploited even—as part of the storytelling process.

Is it possible audience understanding of narrativity has progressed far enough to allow for this kind of modern deconstruction? By imagining the virtual sphere as both a theatrical stage and a post-production studio in which the magic is exposed, we hope to gain a deeper understanding of how narrativity and real-time user based experiences function in Virtual Reality.

This project aims to utilize 3D printing technologies, 360 camera rigs, 3D soundscapes, and live performance to produce a VR short for the purpose of exhibition. 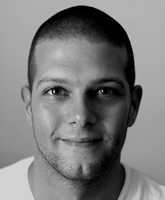 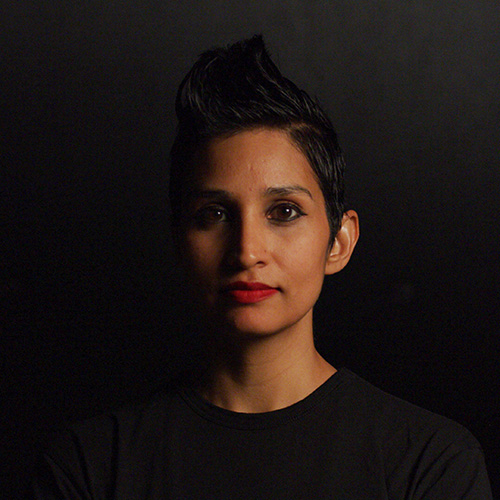 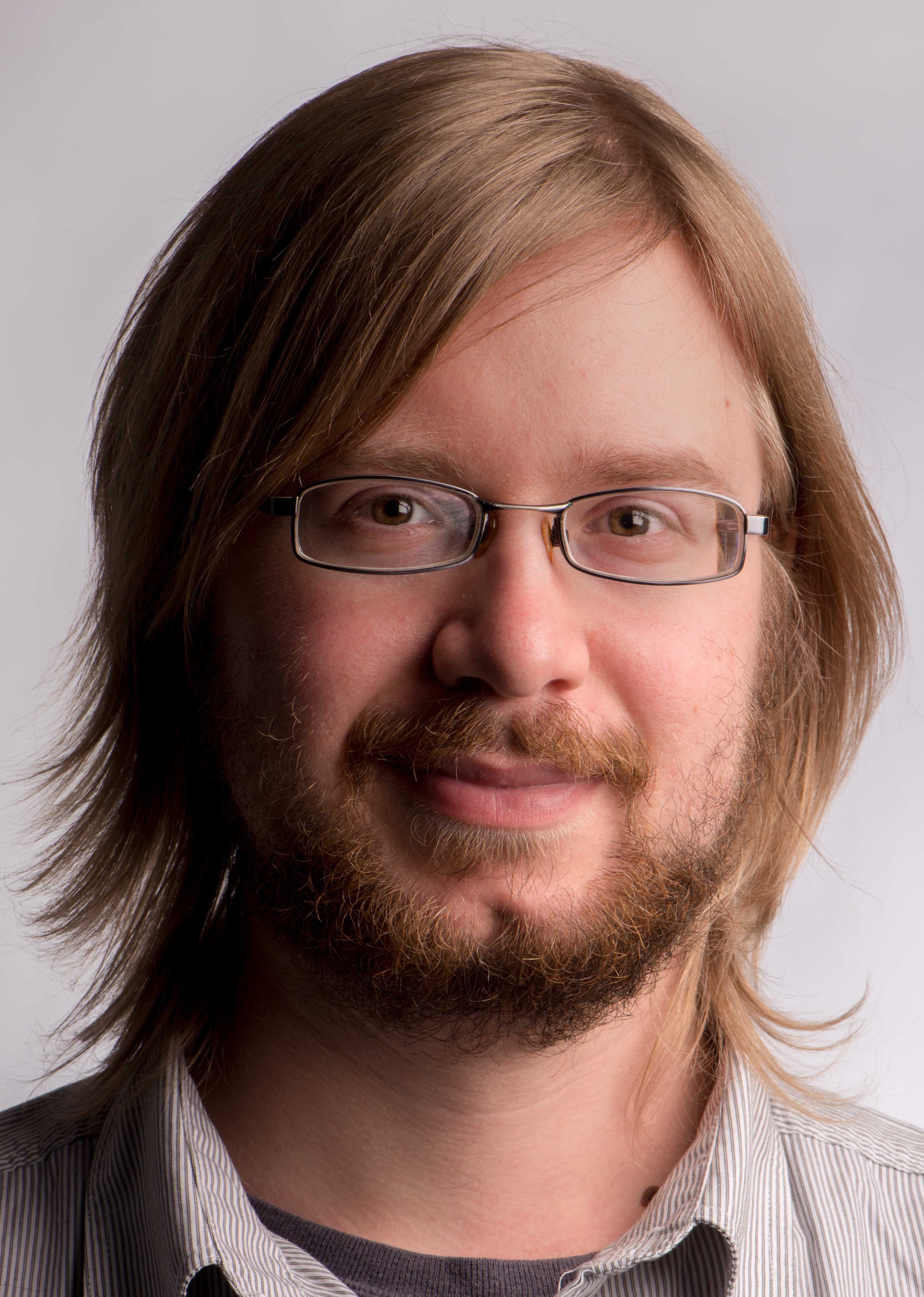