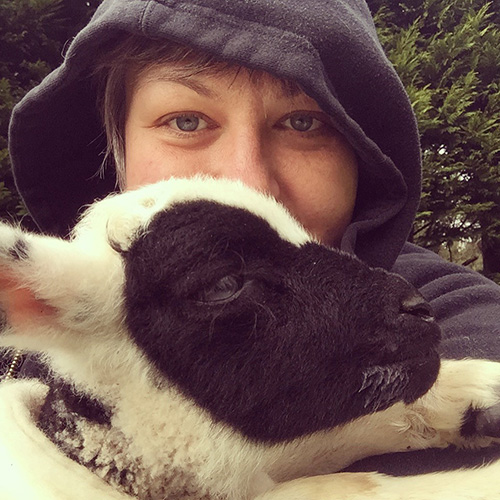 A multispecies anthropologist and design ethnographer, Dr Anne Galloway brings over fifteen years of experience in empirical and creative research to teach in the Design for Social Innovation programme and lead the More-Than-Human Lab. When not at work, Anne is shepherd to a small flock of Arapawa sheep, which inspires her research into human-animal relations and design for more-than-human worlds.

Human-centred design currently dominates theory and practice, but what if we deny that humans are exceptional? What if we stop speaking and listening only to ourselves? What role can design play in promoting more just relations between humans and nonhumans? How can we thrive under difficult circumstances?

Ethnography is the study of people’s everyday lives in order to better understand how beliefs, norms, values, institutions and relations are shaped, and re-shaped, by practices across time and space. How can these experiences be represented through creative means? What role can fiction play in re-shaping reality?

Humans domesticated animals for meat, milk, and fibre more than ten thousand years ago. But in the face of increasingly uncertain environmental and political conditions, what does ethical livestock farming look like? How can creative researchers usefully intervene in public debates over what—or whom—we eat?

Adapted from BoneKnitter (part of Counting Sheep), this object- and photography-based project was invited to the 2017 Vienna Biennale and will be on exhibition at MAK Vienna: Austrian Museum of Applied Arts until 2022.

The project was awarded Editor’s Choice in the 2013/2014 Postscapes Internet of Things Awards, and was featured in Blueprint and Modern Farmer magazines, as well as technology website Gizmodo.