NZ Chinese Language Week began in 2014 with the aim of increasing Chinese language learning in New Zealand and strengthening cross-cultural relations with China, and is a great opportunity to remind New Zealanders of the importance of learning more about Chinese language and culture.

This year New Zealand Chinese Language Week (NZCLW) coincided with the Chinese Mid-Autumn Festival, also known as the Moon Festival, and saw both the Confucius Institute as well as other parts of the University hosting a number of events to mark the twin events. 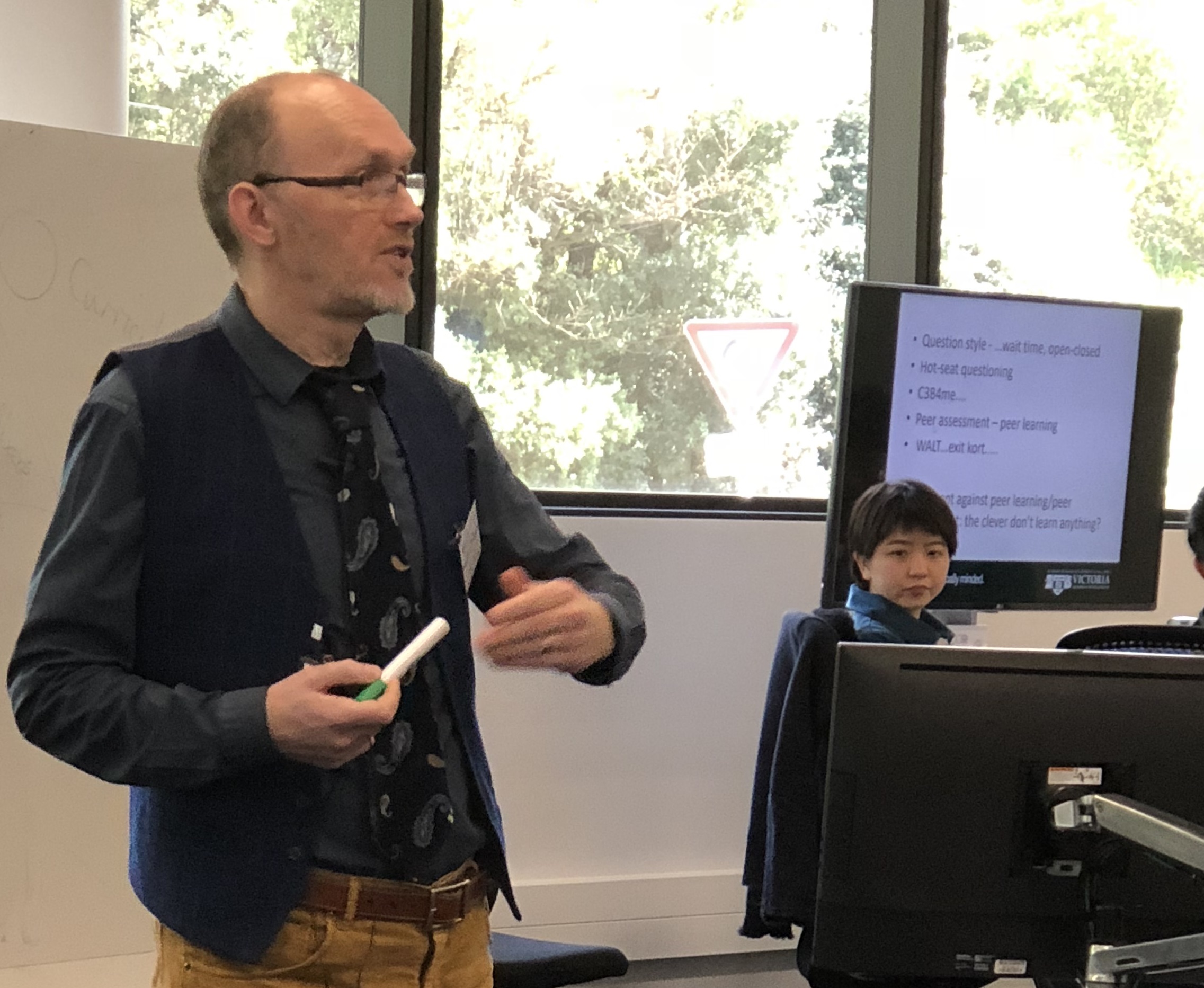 Kicking off the week on Saturday 22nd September, the VUW Education Faculty (Professor Stephen Dobson, senior lecturer Dr Jenny Horsley and Head of the School of Education Dr Carolyn Tait) delivered the successful pilot of a new professional development programme for the Confucius Institute Mandarin Language Assistants (MLAs) from the Wellington area. Professional development is a vital element of the successful MLA programme, which makes a significant contribution to Chinese language teaching in New Zealand schools.

Following the workshop, Institute staff and Wellington-based MLAs celebrated with Mid-Autumn lunch hosted by the Chinese Education Counsellor at a local restaurant. The Chinese have celebrated the harvest during the autumn full moon since the Shang Dynasty (1600–1046 BC).  An important part of the festival celebration is moon worship, due to the ancient Chinese belief in rejuvenation being associated with the moon and water.  Hence, mooncakes, a rich pastry typically filled with sweet bean paste or lotus seed paste are traditionally eaten during the festival, 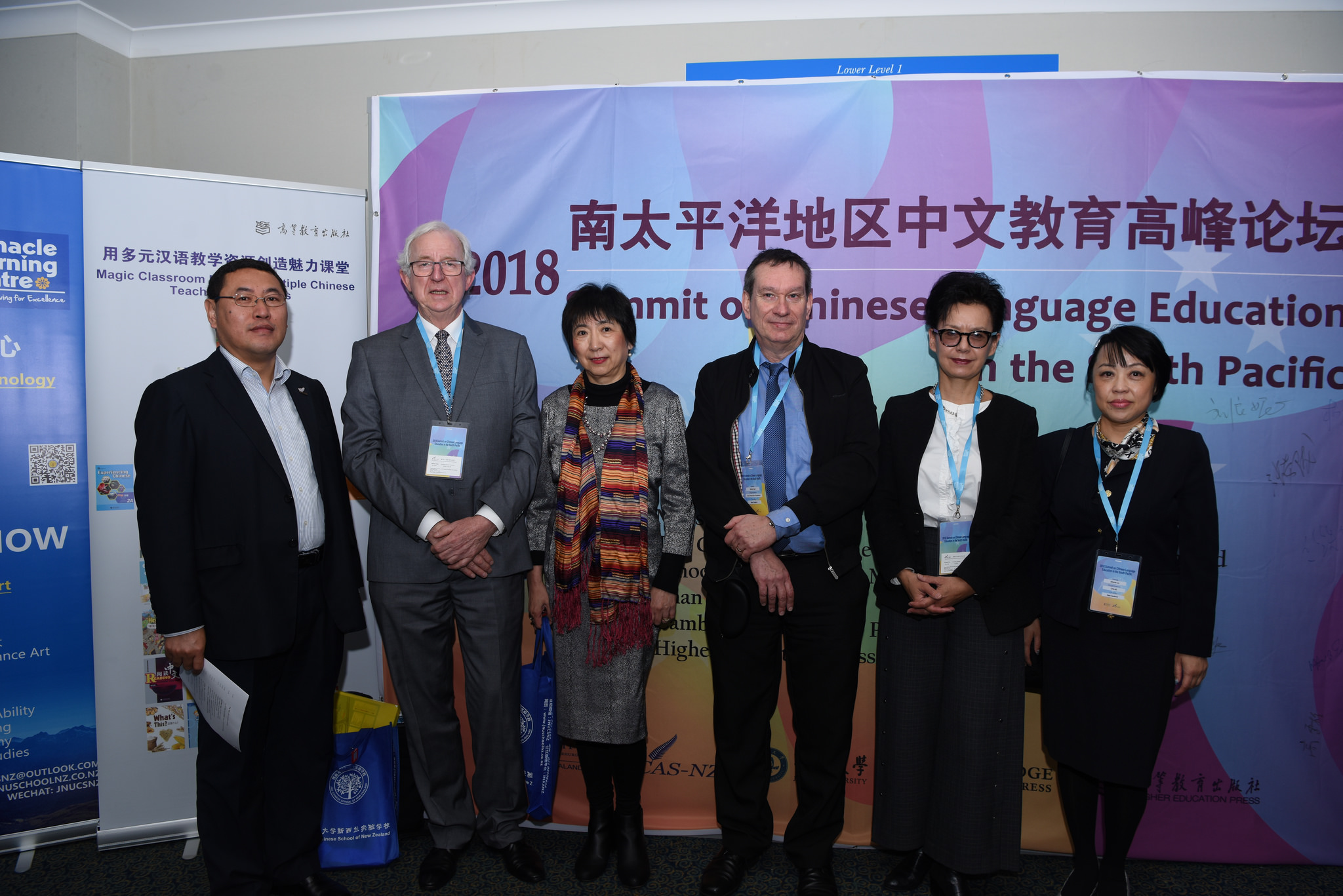 Continuing with the language teaching theme, on Monday 24th September, CI VUW Chair Tony Browne and Director Rebecca Needham participated in a lively panel discussion at conference on Chinese language education in the Pacific, bringing together academics and teachers from China, New Zealand, Australia and around the Pacific to share the latest developments in Chinese language education. 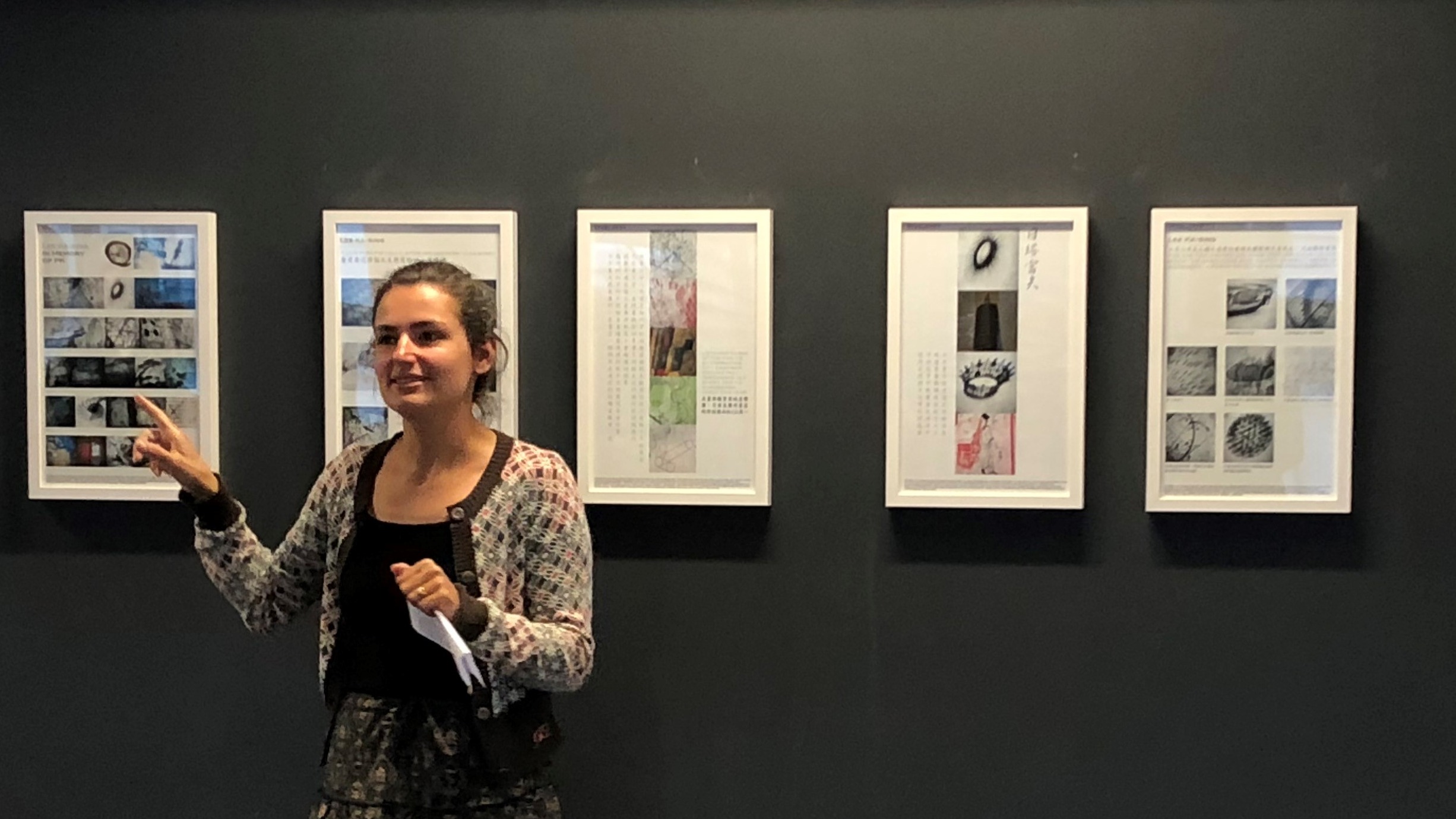 On Wednesday 26 September, the Confucius Institute hosted an Exhibition Opening of Art on Art: Lee Ka-sing Visual Poems at the VUW Library, with Dr Dennitza Gabrakova from the VUW School of Languages & Cultures providing cultural context and critical insight into the interplay between words and images, Chinese and English, past and present, private and public space.

On Thursday 27 September, the Confucius Institute co-presented Moon Dance, a Chinese Folk Extravaganza, a celebration of dance and music from the diverse cultures of China with one of China’s foremost cultural performing arts institutions, Minzu University in Beijing.  Titled Moon Dance in reference to the Mid-Autumn festival, the public concert at the Museum of New Zealand Te Papa Tongawera featured folk dance and music from some of the farthest reaches of China, and was a highlight of the Confucius Institute’s cultural programme for 2018.  During their stay in Wellington, the Minzu University group also performed at local schools and held a highly successful joint dance workshop with New Zealand students at Wellington’s new creative institute Te Auaha. Other parts of the university also marked the twin events, with Wai-te-ata Press hosting a morning tea to celebrate the Moon Festival as well as reprinting the bilingual edition of Best New Zealand Poems with the Confucius Institute. The School of Languages and Cultures also hosted the New Zealand Centre for Literary Translation “spring gathering” on Tuesday 25 – featuring speaker Duncan Campbell with a short talk titled ‘Wang Meng on the Mind’.